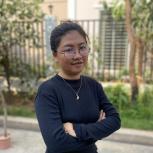 Sokummono Khan is a freelance journalist in Cambodia. She has covered stories on health, education, culture, and politics for Voice of America Khmer Service, where the stories reach nationwide and are accessible in rural Cambodia.

Mono became a journalist in full force in 2017. She writes enterprise stories and is passionate about health and poverty issues in Cambodia. Her stories appear in Khmer and English text, and Khmer audio for VOA Khmer’s radio program. A lack of local journalists who wrote long-form investigative health stories made Mono train herself to do more of that kind.

In 2018, Mono was awarded a Journalist-in-Residence program, funded by the Belgian Directorate-General for Development (DGD), to delve into topics of tropical medicine and international health at the Institute of Tropical Medicine in Antwerp for two weeks. Mono graduated with two degrees, Media Management from Royal University of Phnom Penh and International Relations from the University of Cambodia.

In 2015, she interned at Rappler, in the Philippines, for two months under a full financial sponsorship from Konrad Adenauer Stiftung Media Program Asia. At Rappler, she wrote feature stories on gender and education issues. She also directed a short documentary on LGBT issues, profiling a transgender man and his family in Marikina, a city on the outskirts of Manila. Besides writing for local media outlets, she has also worked with journalists and filmmakers from outside Cambodia such as PBS, Los Angeles Times, Channel News Asia, and the New York Times. 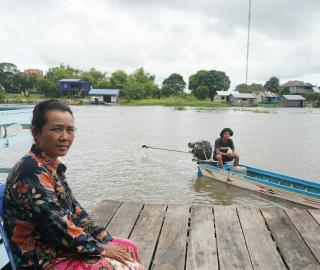