This is Part 1 of a two-part story that looks at threats facing the Indigenous Aeta in the Philippines. Many times people are tagged as criminals when they resist development projects, one Aeta man says.

Danilo lives in a hut on top of a hill in a hamlet known to locals as Alli. His home is in the hinterlands of Capas in the province of Tarlac, north of the Philippine capital Manila, and every year he would make it a point to visit his friends in the neighboring province of Zambales. He would start his journey about three in the morning and reach his destination before midnight.

The crisp mountain air and the canopy of trees would make his day-long walk under the sun bearable. Even without a map, Danilo knows the rivers to cross and the mountains to trudge.

An Aeta, a collective term for several Filipino Indigenous Peoples who live in various parts of the island of Luzon, Danilo would smile when hearing townsfolk complain about long walks.

It has been three years, however, since Danilo was able to visit his friends in Zambales. It’s already too hot to walk the mountains, he said. 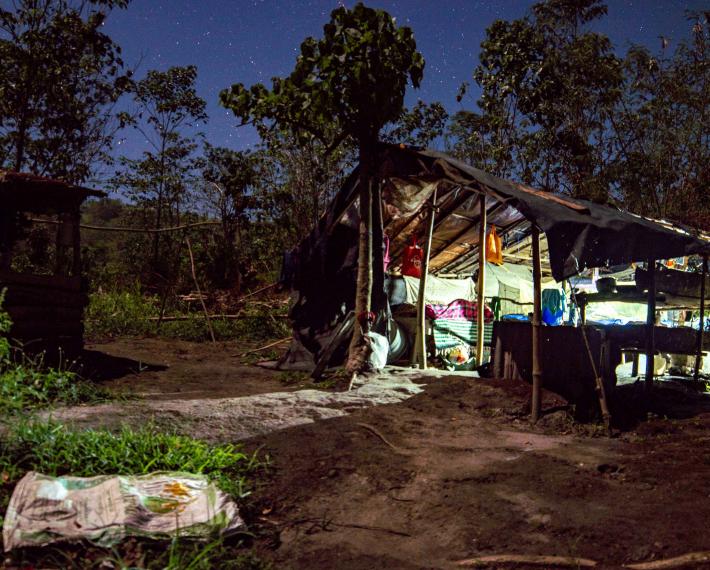 The trees that once shielded him from the sun have been uprooted by the government to give way to New Clark City, a project under President Rodrigo Dutere’s “Build! Build! Build!” infrastructure program that aims to convert 9,450 hectares of mountains, hills and plains into a “smart green city.”

The city promises to utilize “greener energy resources” to power utilities. It also aims to attract investors who can set up businesses and create jobs for people in the region.

But for indigenous peoples like Danilo, this kind of development is bad news. 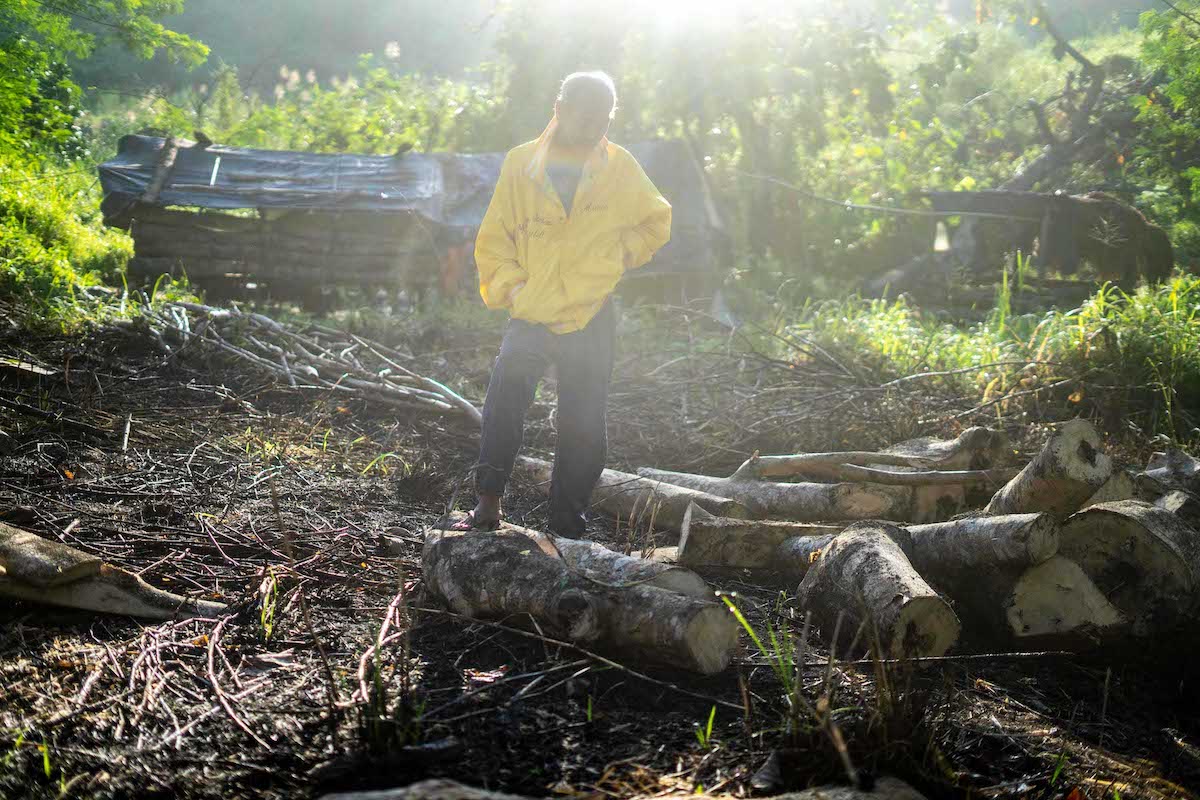 Danilo stands on the ground where he burned wood and excavated soil to make charcoal. Without his farm, he struggled to make ends meet / Credit: Bernice Beltran

A golf course is now being constructed on his four-hectare farm, once his only source of income.

Eventually, the project will reportedly displace about 20,000 Indigenous Peoples, including Danilo.

The project’s proponents have assured an inquiry in the Philippine Senate that ancestral lands will not be affected. However, opposition Senator Risa Hontiveros noted that “it obscures the difficulties” the Aetas experience in securing land titles. 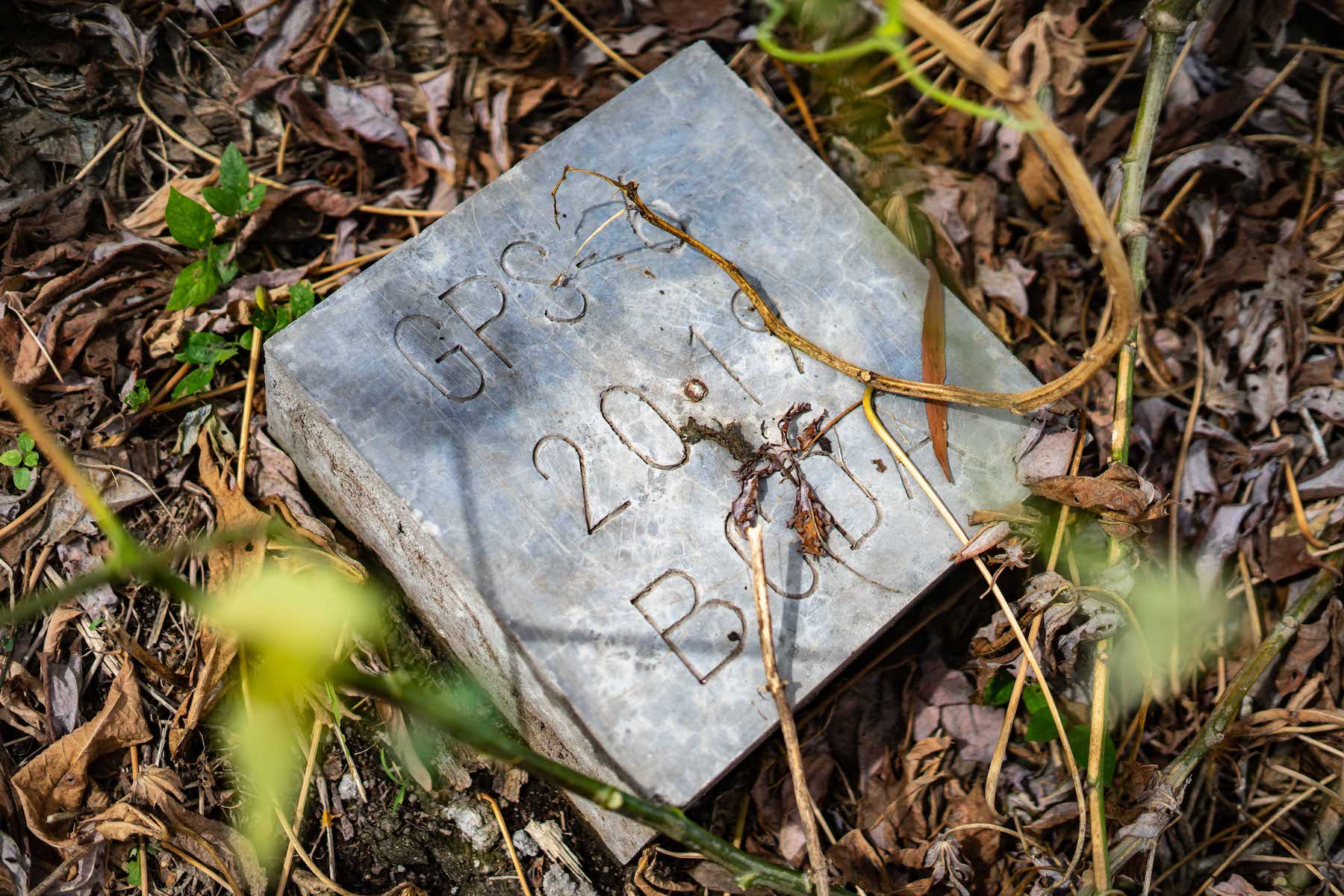 A concrete marker in Binyayan, a farming village, in Capas, Tarlac. Residents said they were told to leave the place to give way to the construction of the new city in 2021 / Credit: Bernice Beltran

According to a Senate report, the Indigenous People submitted the requirements to obtain land titles in 1999, 2014, and again in 2019. They never succeeded.

Senator Hontiveros said “the mindset of the general public, including the government, is that the [Indigenous Peoples] are indebted to the government.” 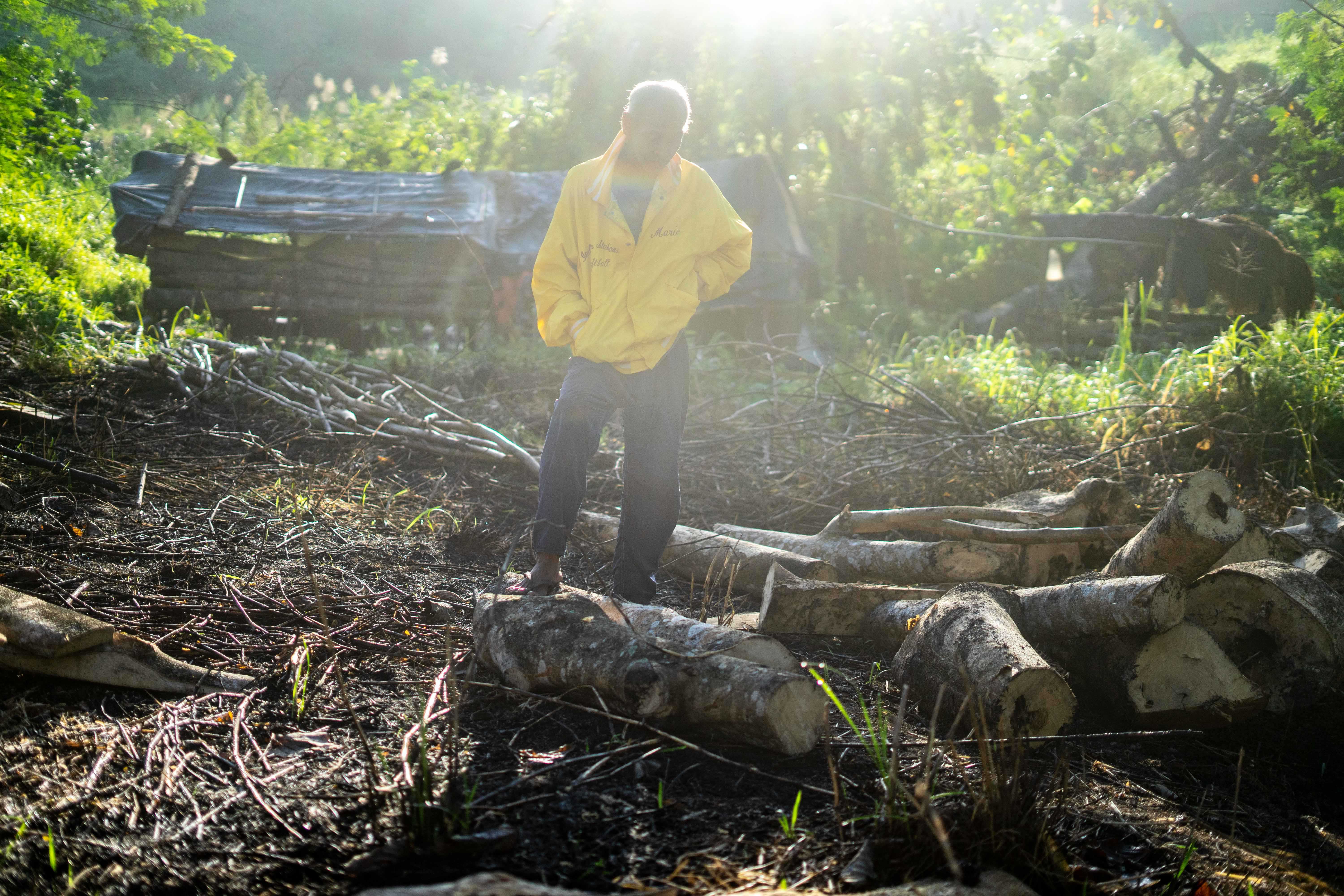 For centuries, the Aeta lived in harmony with nature before they shifted to farming. Danilo’s ancestors hunted and gathered food in the forest.

Globally, Indigenous People’s lands cover about 20 percent of the planet’s surface, according to the United Nations. This area contains about 80 percent of the world’s biological diversity.

Dave de Vera of the Philippine Association for Intercultural Development had mapped out ancestral lands and key biodiversity areas across the Philippines.

His maps show that places rich in biodiversity are mostly located within ancestral areas. Indigenous Peoples are “our strongest allies against climate change,” said de Vera.

Unfortunately, they have become among the most vulnerable to the effects of a changing climate, with prolonged droughts and rainy seasons messing up cropping cycles, resulting in the loss of livelihood for many tribes. 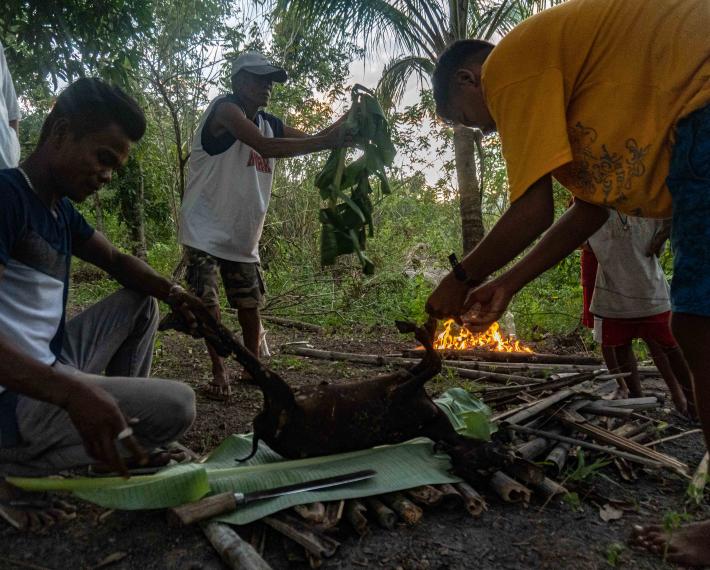 After losing his farm to the New Clark City development project three years ago, Danilo built a temporary shelter, hoping that one day the government would pay for his land.

“I planned to use that money to buy a house in another town,” he said.

To this day, he has not received a single centavo, nor has he heard anything about the promised payment.

“If I only knew what would happen to my land, I would have not consented to the project,” he said, claiming that no one told him about the construction project. 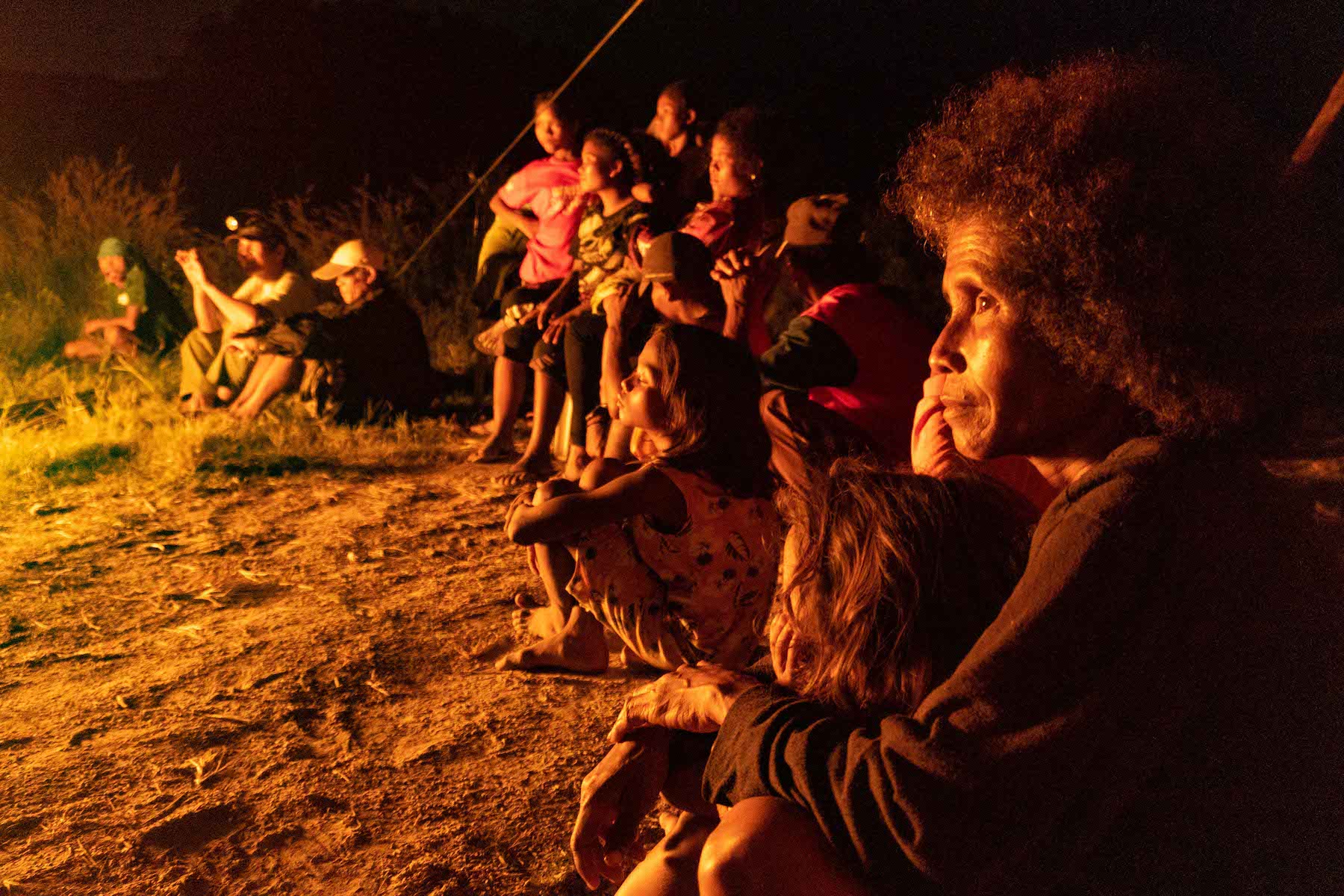 De Vera said that it has become common in the Philippines for developers to claim that they have secured the people’s consent for a project even if no consultation was done.

Many times people are “subjugated” or tagged as “criminals” when they resist development projects, he said.

“Worse, they are given positions in the government as a ‘token,’ to add ‘diversity’ to photos,” said De Vera.

Often projects like New Clark City are imposed by so-called experts who dismiss traditional practices that they say are “not aligned with scientific methods.” 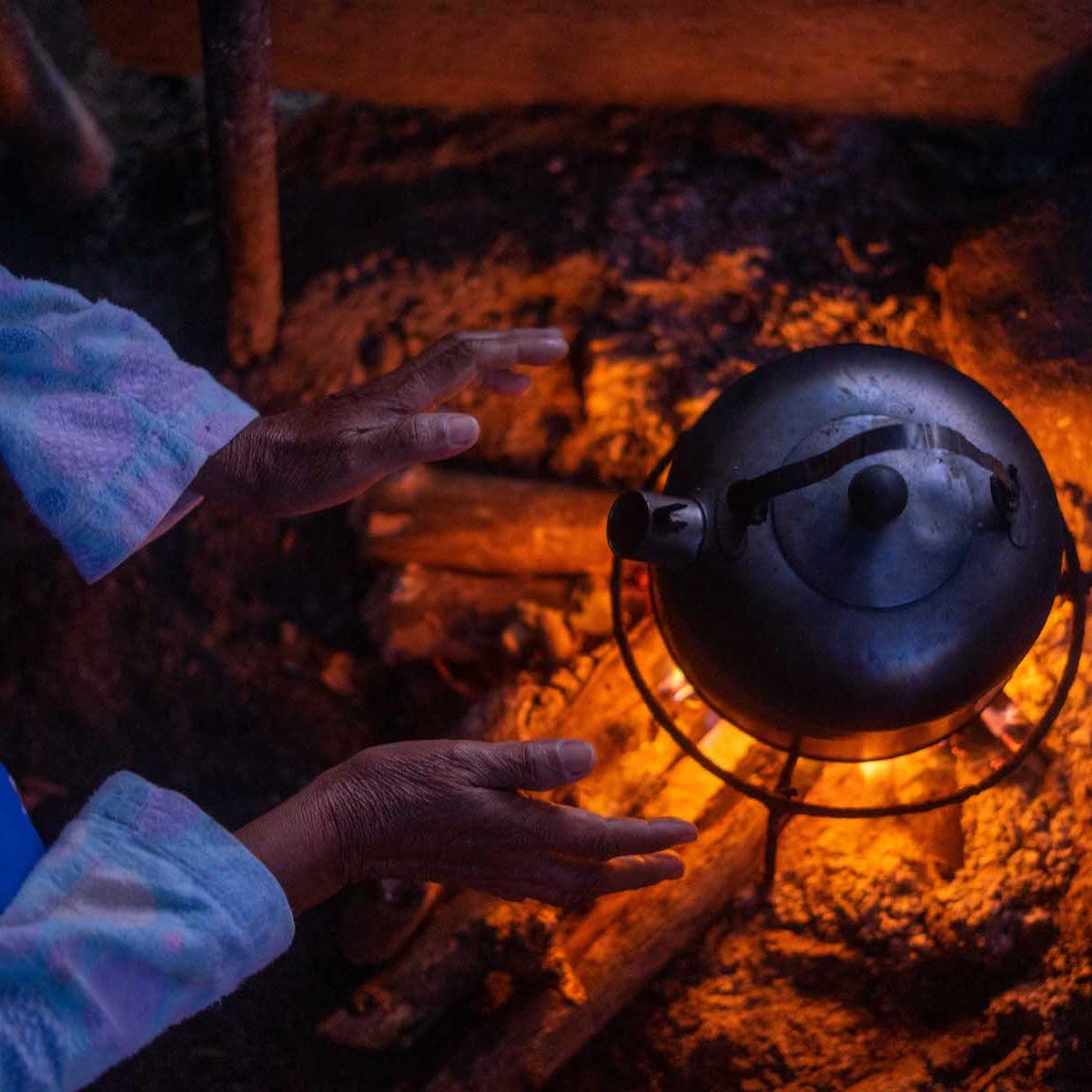 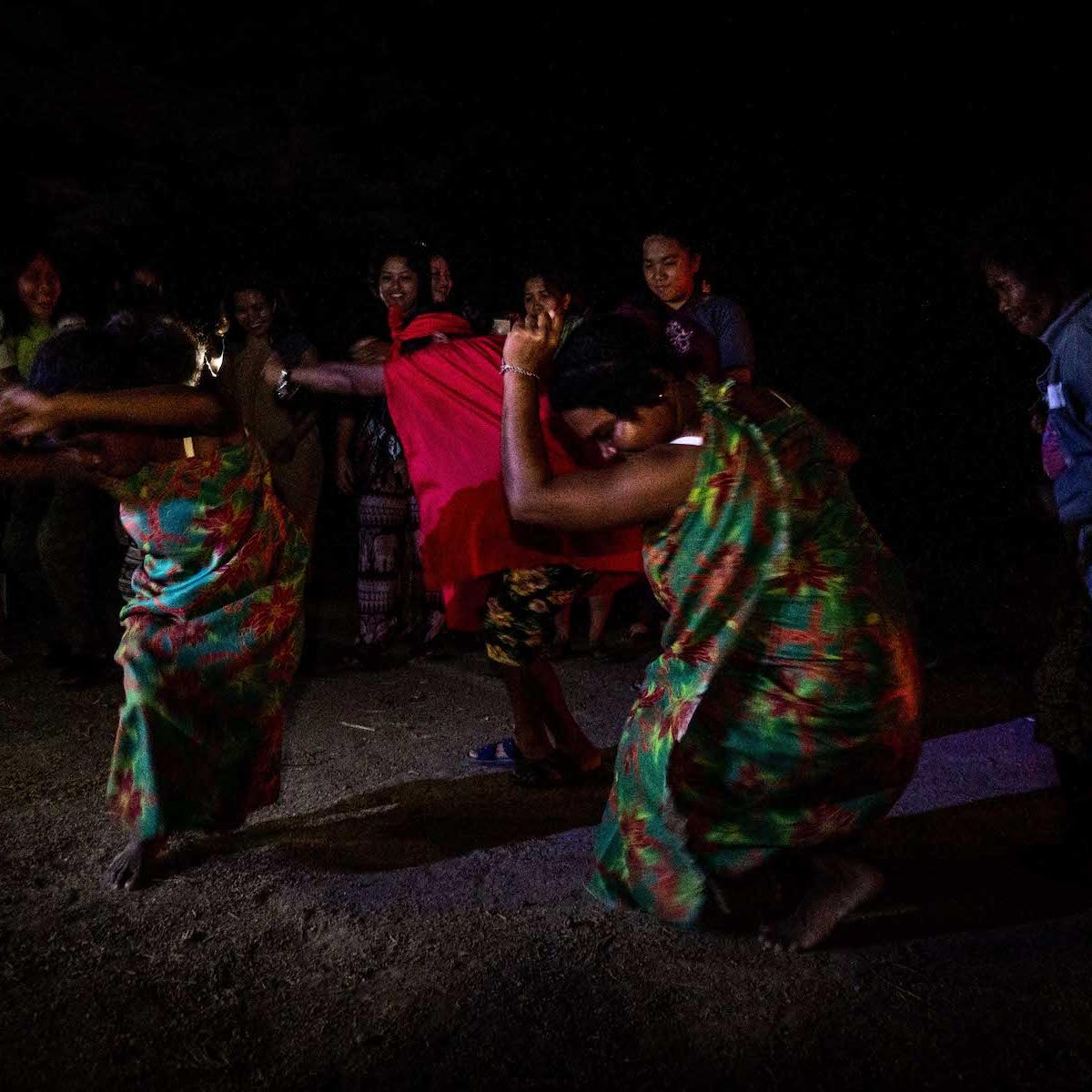 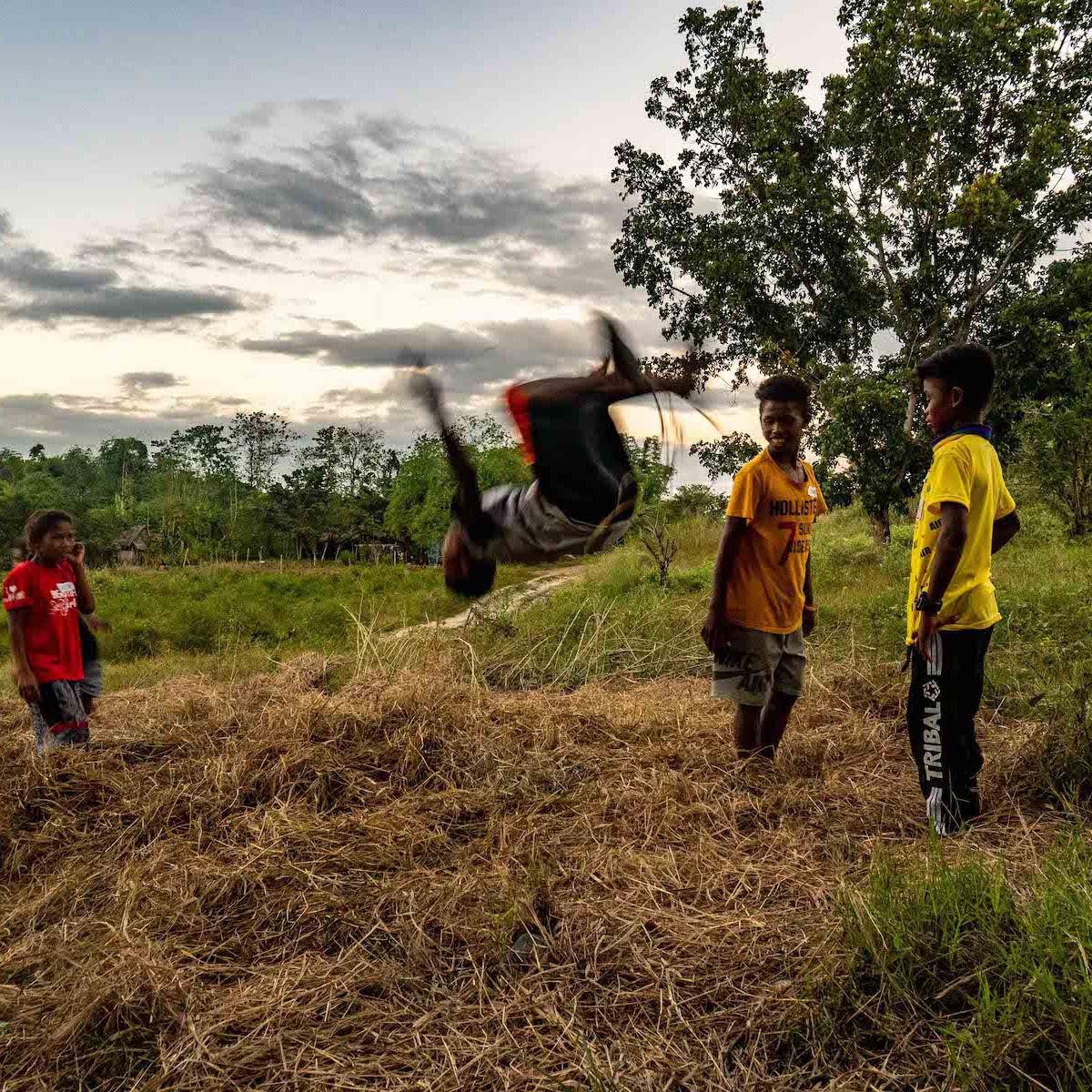 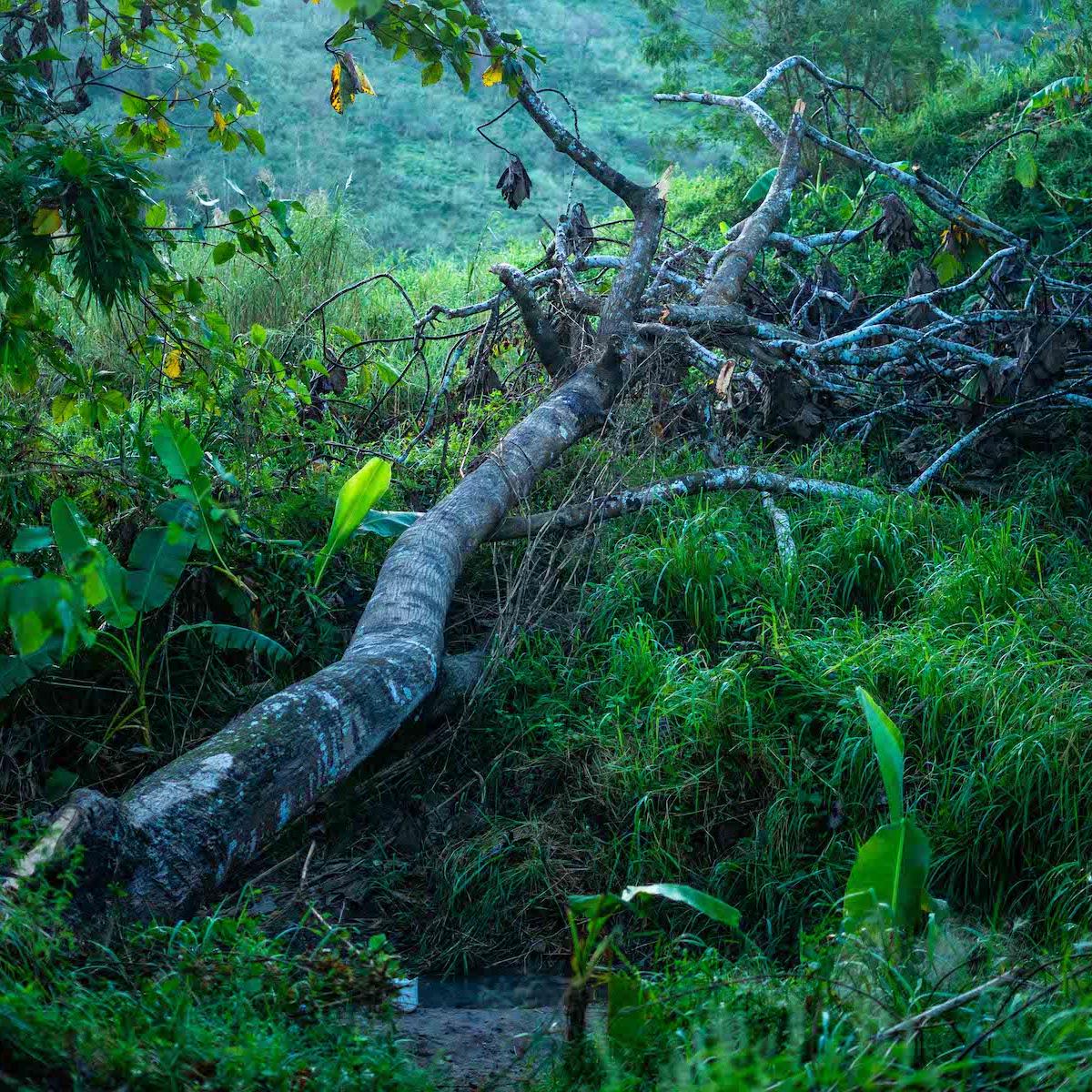 Impact of the pandemic

Studies show that environmental changes and unsustainable agricultural practices have led to the emergence of zoonotic diseases, such as COVID-19.

In March 2020, the Philippine government imposed a strict lockdown aimed at curbing the spread of the new coronavirus.

The Aeta were among the most affected by the strict health protocols as they were not able to bring their produce to market.

Some relied on food rations to supplement the loss of income, but those stopped when health restrictions eased in June.

Danilo started making charcoal to survive, while his neighbors picked what they could get from the remaining trees and shrubs in the village. 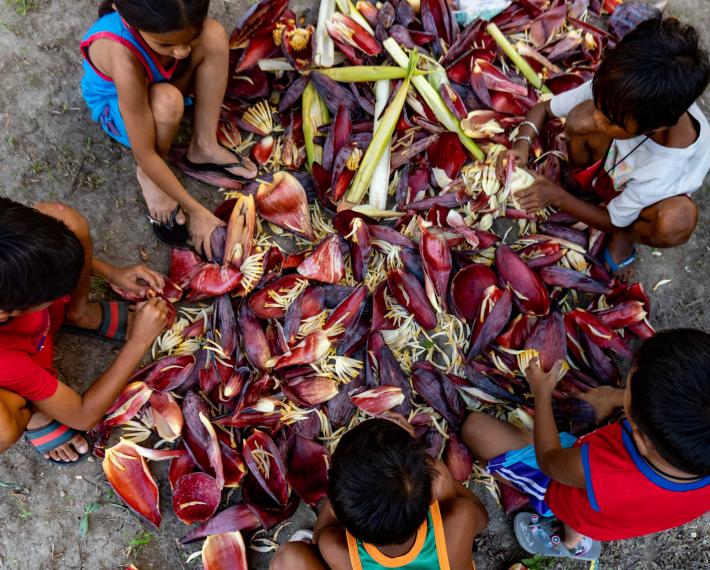 Some Aeta were still able to tend to their farms, but bringing produce to the town center became arduous because of ongoing construction for the New Clark City project. Many areas have been dubbed “off-limits” to the Aeta.

“This place does not feel like home anymore,” said Danilo. “I can’t go anywhere.”

When a series of strong typhoons hit the Philippines in November, Danilo lost the roof to his hut. But he said he’s not interested in joining demonstrations to demand that the Aeta be given back their land.

“I lost my farm. What is there to fight for?” he asked, saying what he wants is “to move to a place where my family and I can live peacefully.”

This report was produced with the support of Internews’ Earth Journalism Network.