From January to September, five Mongolian journalists travelled a total of 5,745 km across steppes and vast desert landscapes to report on environmental issues in Mongolia. They were grantees of the Nest Center for Journalism Innovation and Development, a non-governmental organization that was awarded a media grant by EJN.

With support from EJN, the Nest Center developed the Uzeg Biodiversity Training Initiative, a first-of-its-kind journalism support program in Mongolia, and created a national network of journalists reporting on biodiversity.

“Mongolia is a country where about one third of the population's livelihood is heavily dependent on how the weather and climate changes,” said project manager Dulamkhorloo Baatar. The Nest Center’s survey found that news in Mongolia was heavily focused on political coverage, but issues such as health, environment and climate received little attention.

“It requires a lot of resources and traveling to report on environmental issues and how they affect the most vulnerable. The Uzeg Biodiversity Training Initiative made that possible,” she said.

As part of their training initiative, The Nest Center organized three workshops on biodiversity issues, attracting 60 participants from 13 of Mongolia’s 21 provinces.  The workshops, which were led by Nest founders specializing in creative journalism, representatives of the Ministry of Environment and Tourism of Mongolia and academic scholars, covered how to report stories in impactful ways, and provided environmental journalists with tools and other tips to improve their reporting.

“Getting more knowledge about how climate and environmental issues affect our everyday lives through this program has invoked my journalistic curiosity,” said one of the participants, who went on to apply for an environmental training program for local youth after taking part in the Uzeg Biodiversity Training Initiative.

This mentoring approach encouraged one grantee, Battsetseg to create a short documentary film from her mobile phone,Yellow Dust Storms: Enemy from the North, which was aired on local television channels. The documentary focused on increasingly frequent dust storms that threaten people, livestock and wildlife, and on how Mongolian people are planting trees in the desert to reduce the impacts of the storms.

“For the report on yellow dust storms that originate in Mongolia, we met 100 people from more than 10 families and explained to them the story we were telling about the impact of desertification and how their own actions influence climate change,” explained Baatar. This approach led to a direct shift in attitude and behavior, she said, as awareness was raised among local communities.

Although successful, the project was not without challenges. As Covid-19 spread throughout Mongolia, many staff members fell ill and the organization’s capacity was limited for a time. Baatar views these unforeseen circumstances as a “a learning experience” for the organization, which would help them “plan ahead better for future projects to come.”

"We want to continue working in the environment and biodiversity area to produce solid results to raise awareness among the public so that they can reduce their impact on the environment,” she said.

The Nest Center is also currently implementing a project funded by Spirit of America, the US Embassy in Ulaanbaatar, and People in Need Mongolia NGO, called Steppe-ing Forward, to support media startups. In addition, they are expanding their Mongolian media fact-checking center to debunk falsehoods on climate change. Baatar aims to ensure that all their projects “meet one goal, which is to provide the public with true, high-quality information that most importantly answers the imminent questions that they [the public] have, to make their decision-making more accurate.” 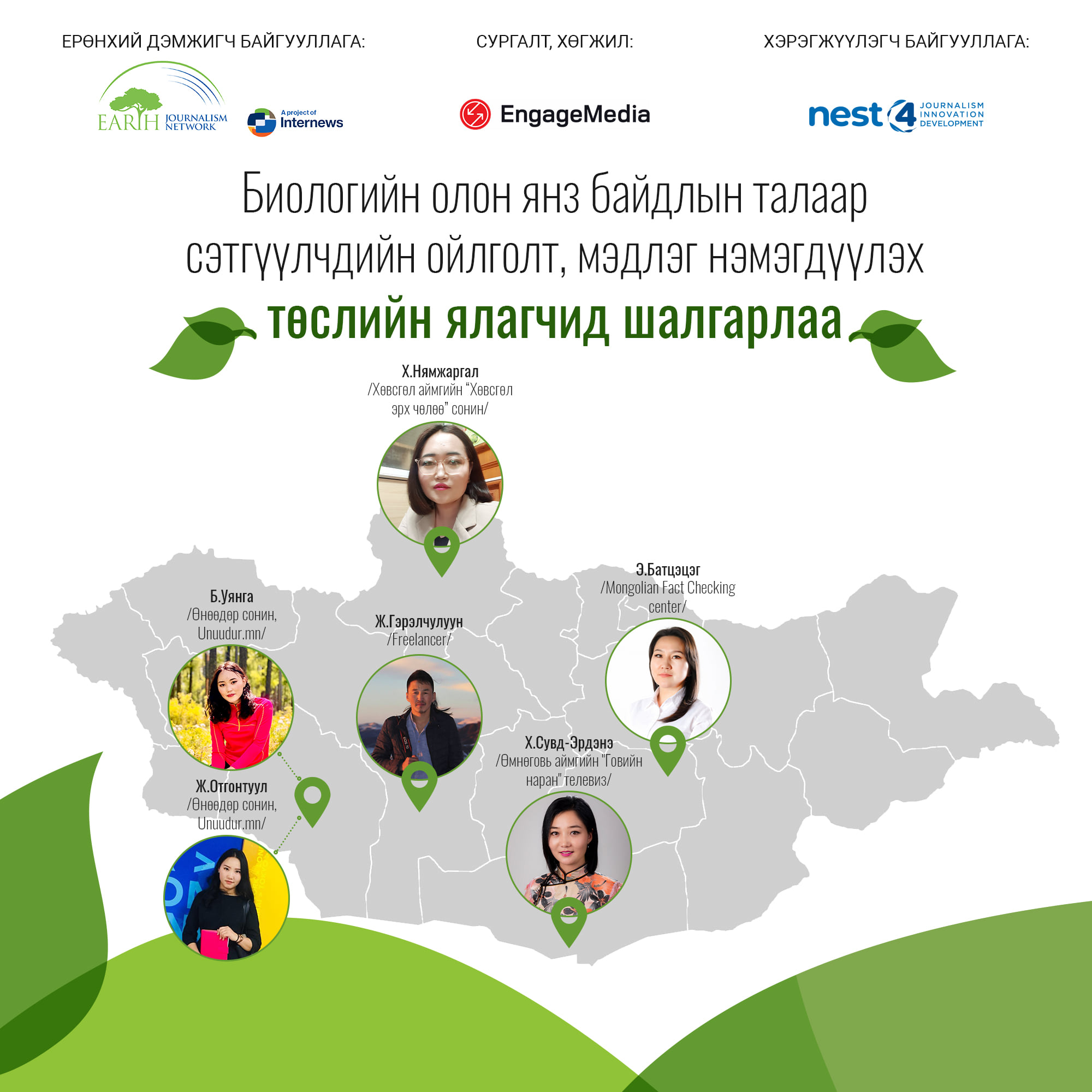 Banner image: Journalist Battsetseg, one of the five grantees, captures the sunrise on her Xiaomi cell phone. Her short documentary has been featured on Engagemedia and Cinemata / Credit: Dulamkhorloo Baatar.