September 2018 was a great month of recognition for Internews’ Earth Journalism Network (EJN) and our partners, with awards given for work we support in Latin America and Africa.

The story was funded by the Pulitzer Center on Crisis Reporting and published in partnership with Correo del Caroni, a newspaper covering Bolivar State in Venezuela. It investigates plans by the Venezuelan government to expand mining in the Amazon, a project that threatens both the environment and dozens of indigenous communities that will be subject to increases in malaria, mercury contamination and deforestation as a result of mining development.

The interactive feature that resulted included Ebus as part of the content and visual presentation, bringing in new elements in investigative reporting. It was published in January in three languages and featured in seven major news outlets from five countries. The investigation has since raised debate and probing questions from officials in the Netherlands about mineral trafficking from Venezuela to the Dutch Caribbean.

ONA is the world’s largest association of digital journalists, and it’s online journalism awards, which launched in 2000, honor excellence in digital journalism from around the globe. The Al Neuharth Innovation in Investigative Journalism Award, supported by the Gannett Foundation, awards investigative stories “that advance and serve the public interest,” according to a description on ONA’s website. Previous award winners in this category include The Center for Investigative Journalism and the investigative arm of the Times Herald-Record in Middletown, New York. 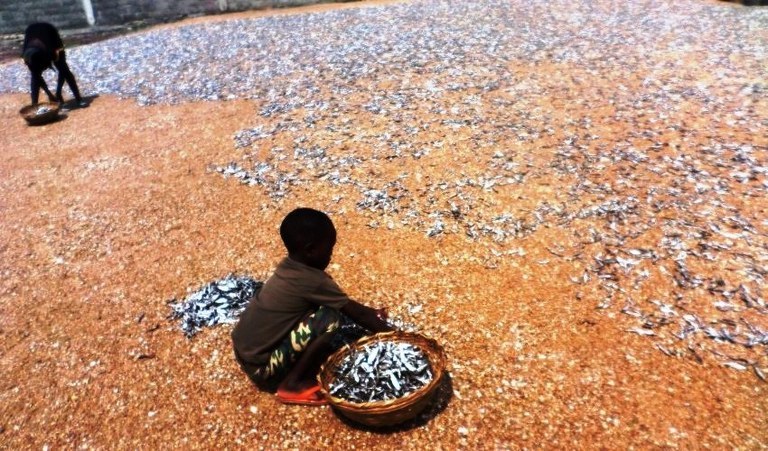 Helene Doubidji earned recognition for exploring the impact of overfishing in the Katanga region in Togo.

In Togo, story grantee Helene Doubidji won first place in the written press category for her feature about how illegal, unreported and unregulated fishing off the West African coast is impacting the lives of fishing communities in the Katanga region. Helene won the Lauriers de journalism d’impact au Togo, a prize organized by the French, German and US embassies.

As a result of this story, she was awarded a grant to attend a prestigious journalism school in Lille, France, for three weeks, as we well as a training in Paris with the web service of TV5 MONDE.