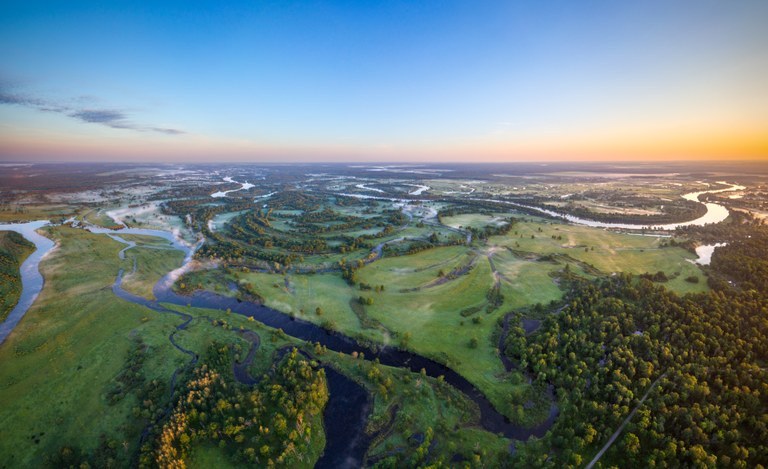 A series of stories commissioned by EJN’s Biodiversity Media Initiative highlighted threats due to habitat loss, the illegal wildlife trade and climate change. Meanwhile, the results of a recent impact survey revealed that a controversial road project in Colombia that was the subject of investigative stories by one of last year’s grantees has been suspended by the authorities.

Eduardo Franco Berton reported from Bolivia on the black market for jaguar body parts, producing a photo essay and multimedia story that details how sellers and smugglers in Bolivia, Peru and Brazil escape laws, controls and inspections that attempt to crack down on the illegal wildlife trade. Berton’s investigation has been the most widely read story on our site this year.

Another highlight comes to us from Belarus and Ukraine, where reporter Tom Allan traveled along the planned E40 waterway. This controversial trade route would create a navigable passage through eastern Europe but would also cut through nearly a dozen nature reserves and could, conservationists believe, permanently alter a river that is unique in Europe for remaining in near-natural state for much of its length.

Two of our recent Latin American fellows produced stories in Spanish in September. Jack Lo Lau examined how plastic pollution, uncontrolled fisheries development, and coral and mangrove destruction threaten the elusive whale shark, the world’s largest fish, which has in recent years been appearing more frequently off the coasts of Peru and Ecuador.

And Samuel Lopez detailed how researchers and scientists have been creating biological corridors in an effort to protect the more than 1,300 species under threat in Colombia.

That country was the focus of a multi-part investigation by Andrés Bermúdez Liévano, one of last year’s Biodiversity story grantees, about the likely impacts of a planned road, the Marginal de la Selva, through the Colombian Amazon.  Earlier this year, then-president Juan Manuel Santos suspended plans for the planned construction, citing the severe impact the road would have on the region’s ecology. The main story from La Silla Vacia can be found here (in English).

So far, the Biodiversity Media Initiative has supported more than 250 journalists in 44 countries through story grants, fellowships to attend international conferences and grants to organizations that support media advancement. As a result, media outlets we’ve supported have published and/or broadcast more than 350 stories about the biodiversity crisis and ways to address it.

The program is funded by Arcadia, a charitable fund of Lisbet Rausing and Peter Baldwin.