Journalists from six Central African countries gathered in the Cameroonian capital of Yaoundé in late April to learn how to incorporate data journalism into their reporting on the environment. Together with colleagues from the University of Maryland and the World Resources Institute (WRI), Internews’ Earth Journalism Network had a central mission: to introduce the broad topic of data journalism and specifically “GeoJournalism” to reporters covering the world’s second largest rainforest – the Congo Basin.

The Yaounde training had as central objective: to introduce the broad topic of data journalism and specifically “GeoJournalism” to reporters covering the world’s second largest rainforest – the Congo Basin.

GeoJournalism is a term coined by the Earth Journalism Network (EJN) to explain the practice of telling stories with data generated by earth science. Both concepts are new to reporters in the region.

According to both trainers and trainees who attended the workshop, the sessions were a huge success. “The level of the discourse and critical thinking of the environment journalists was beyond my expectations,” said University of Maryland researcher, Giuseppe Molinario, who led a talk on the importance of using forest monitoring data in environmental reporting. After completing a session on making simple charts with EJN Manager Gustavo Faleiros, Congolese-based publisher Raoul Antoine Siemeni Kamtcheu agreed. “We used to get fascinated when we see graphs, diagrams and other illustrations in foreign media,” he said. “You have just demystified this for me.” 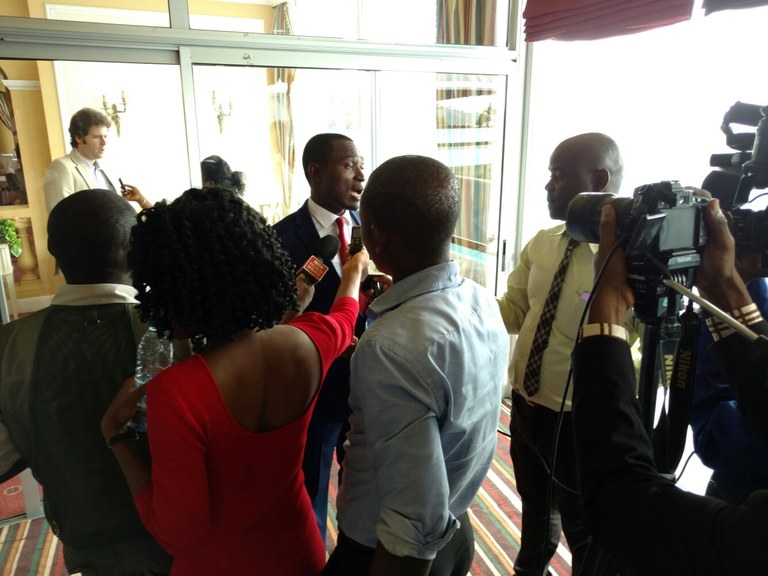 The enthusiastic response from journalists who attended the training signals a potentially bright future for the practice of evidence-based reporting in a region often accused of lacking substance. But technical challenges and a deeply-rooted skepticism in the availability of reliable data in the region remain major obstacles to future implementation efforts.

During debates at the workshop, many expressed confidence that this was a huge opportunity to change the trajectory of journalism, but others claimed it was impractical in a region bedeviled by data scarcity, low bandwidth and poor technology infrastructure. Newsrooms also face deeply entrenched news gathering, processing and dissemination cultures that are highly resistant to change. How these cultural, technological and communicational issues are handled will significantly impact the rate of adoption of this practice in Central African newsrooms. It will also influence the pace at which journalists mainstream these methods into their everyday routine. 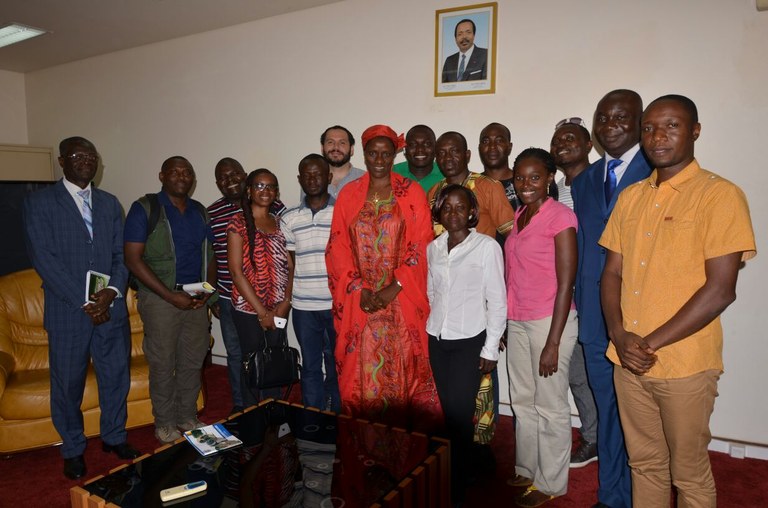 Central African reporters pose with Cameroon's Minister Delegate at the Ministry of Forestry and Wildlife, Ms. Koulsoumi A. Boukar during a courtesy visit. Photo credit/Giuseppe Molinario

The following remain some of the most significant obstacles to greater use of data journalism in Central Africa:

As strange as it sounds, this is actually more common than one might think. In fact, a reporter of the region had to use a colleague’s email to complete the online application to attend the Yaoundé workshop. Hundreds of reporters in Central Africa currently face similar problems. While there is no direct correlation between whether one has an email and how much they use the internet, it speaks not only to the level of technology literacy, but also the depth of internet or computer usage by reporters. In 2012, the internet was used by only 1.6% of the DRC’s population according to the UN Millennium development goals. Mainstreaming data or GeoJournalism without a complete understanding of this contextual reality is not an option. Rather it should guide the customization of such programs within the journalism community in the region. According to Afy Malungu, the Kinshasa-based editor of InfoCongo, future trainings should address these “basic” issues first before delving straight into more technical instruction on how to create maps or simple visualizations.

Mathematics for many represents numbers and further analysis, a daunting prospect for many Central African reporters. According to Thomson-Reuters Yaoundé correspondent Elias Egalame, math calls to mind additional challenges. He is not alone in this thinking. His admission speaks to the tasks faced by journalism schools and organizations leading the charge in the region. Teresa Jolley, a UK-based online journalism specialist, writes that “those responsible for journalism education have a tricky task. A bit like providing a sweet covering to a nasty-tasting tablet…lecturers need to be adept at finding ingenious ways to teach a practical and relevant use of numbers without ever mentioning the M (maths) or S (statistics) words.” In similar ways, creativity and innovation is needed when sharing knowledge about data and online journalism in general in Central Africa. For many practitioners, the pen and notepad is all they have had as reporting tools for decades. Demanding a switch to online data gathering, processing and dissemination could sound like a heavy lift. Inappropriately managed, this could look disruptive and ultimately result in rejection of the practice.

In the interviews with participants after the training, there was one question that was asked again and again: so what difference does data journalism or GeoJournalism make? More simply, why bother to change something that has been done the same way for decades? The answer is the importance of numbers and data in backing up the findings of a story. “Numbers don’t lie,’ I argued. In a region where authorities question sources and disagree with findings of stories when they are unhappy, it’s a lot more difficult to refute or dismiss stories backed up with respected data sources. It remains to be seen if my message was heard, but there was some consensus that data provides a solid base of evidence for journalists. And going forward, using numbers and data would only strengthen the case of journalists reporting in a public space as tightly controlled by government as Central Africa. 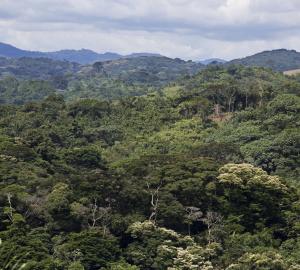