Claves21, a network of Latin American reporters, hosted its first online climate change course for journalists and journalism students and is currently in the process of hosting its second one. Through these courses, the network has reached more than 1,500 people from more than 30 countries in the region.

Carried out with the support of the Earth Journalism Network, each eight-week course included issues relating to the science of climate change as well as digital tools to produce engaging stories. All of these lessons had the objective of providing information and useful tools for those interested in learning more about communicating climate change.

Each of the four units of the course also included a live webinar with a Latin American expert whom students could interact with and ask questions. At the same time, mandatory journalistic exercises were part of each unit to practice the tools gained.

“I participated in the first edition of the course but because of work I couldn’t finish it,” wrote Karina Teruel, an Argentine reporter. “But I was so fascinated with the documents, webinars and the responsibility with which each issue covered that I decided to finish the course on its second edition.”

Claves21 was founded in 2012 with the support of EJN by Fermín Koop and Damián Profeta, two Argentine journalists and university professors. While at first focusing in Argentina, Claves21 has already reached reporters from many Latin American countries through its frequent initiatives such as webinars, courses and contests. 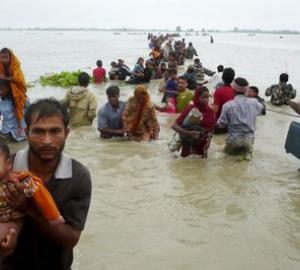