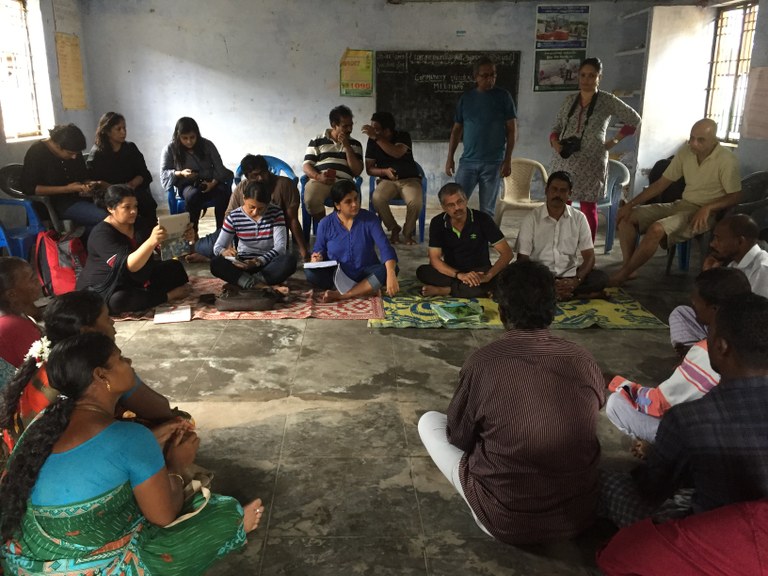 Reporters who participated in the Bay of Bengal workshop in November talk with a local fishing community helping conserve the Pivhavaram mangroves / Credit: Sara Schonhardt

Chidambaram, India -- The northeast monsoon came early to the Bay of Bengal this year. But that didn’t stop a group of enterprising reporters from piling in boats to explore the Pichavaram mangroves, notable for the role they played in protecting the coastline and the communities along it from devastation during the 2004 Indian Ocean tsunami.

During the trip, part of a three-day workshop in early November hosted by the Earth Journalism Network’s Bay of Bengal project, reporters learned how sea-level rise and erosion exacerbated by a changing climate are threatening communities and ecosystems in the region. 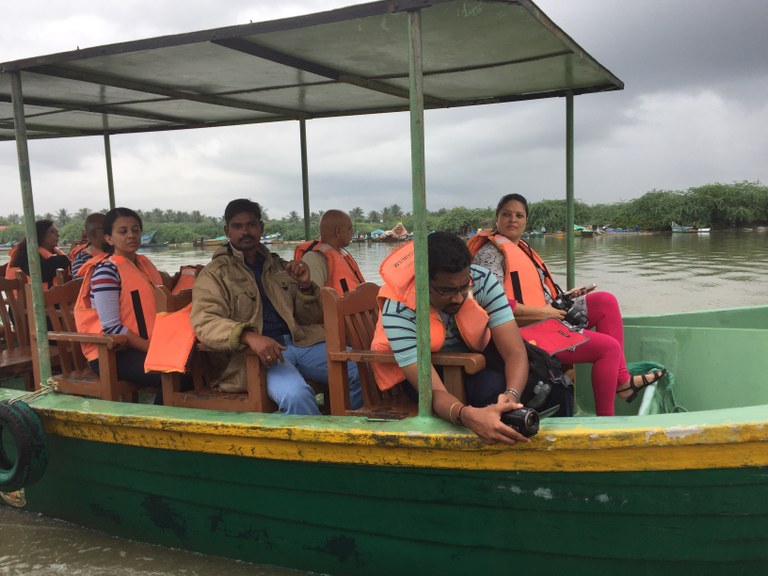 There were a dozen participants at the workshop. And on day one, the reporters who were selected following an open call for applications, met in the city of Chidambaram – about an hour’s drive from the coast – to hear from scientists and researchers about both sea level rise and community resilience. They learned about coastal system changes and climate adaptation and heard several presentations from the M.S. Swaminathan Research Foundation (MSSRF), a community-based non-profit that draws on science and technology to promote equitable and sustainable development.

They also had a chance to interview several visiting fishermen who talked about how climate change was impacting marine life and, therefore, their livelihoods.

After visiting the mangrove forest on the second day of the workshop, journalists had a chance to hear from a community working on mangrove conservation and another struggling to maintain their traditional farming systems due to an increase in salinity. 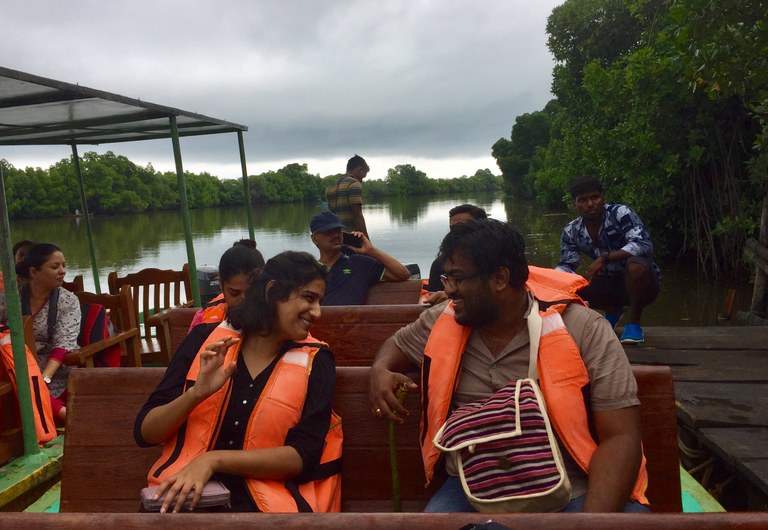 Reporters also got a chance to network and share their experiences covering the environment / Credit: Sara Schonhardt

Nidhi Adlakha later shared what she learned during the field trip in a piece for The Hindu.

“Most people know the problem areas, but do little to pollute less,” Adlakha wrote. The workshop made one thing clear: “Visible or not, our actions are taking a massive toll on the planet. And our villages and coastal hamlets are bearing the biggest brunt.”

What Adlakha says she took away from the workshop was a better understanding of the primary issues facing the fishing community and a recognition that adaptation measures rooted in local cultures are needed to combat the challenges posed by climate change.

Another participant, Monika Gulati, produced a radio story for All India Radio, the country’s premier public service broadcaster, based on interviews conducted during the trip to Pichavaram. 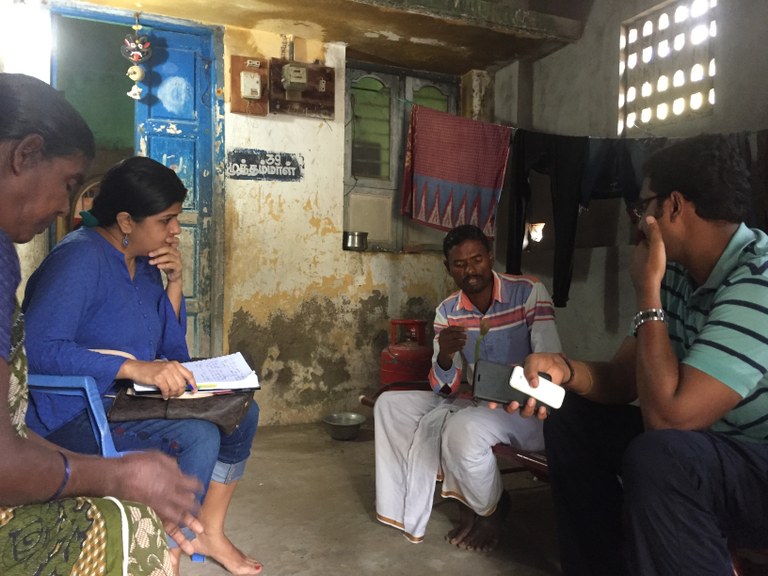 Reporters hear from residents of a local fishing community about the importance of the mangrove ecosystem and the challenges they're now facing from climate change / Credit: Sara Schonhardt

On the final day of the workshop, the group gathered again to hear from MSSRF about how the media can improve understanding of the need for climate change resilience – and highlight how some communities are already making inroads.

This workshop was the first of several EJN is planning for the Bay of Bengal Resiliency Reporting Initiative, a project funded by the Climate Justice Resilience Fund. The next workshop will take place in February 2019 in Andhra Pradesh. EJN is currently calling for applications.