The 19th United Nations Climate Change Conference (COP19) in Warsaw, Poland was full of dramatic moments – moments largely missed by mainstream media outlets. As the world reeled from images of flattened communities across the Philippines in the wake of Typhoon Haiyan, Internews’ Earth Journalism Network (EJN) and its partners provided real-time coverage – coverage that was minimal or entirely lacking in many of the world’s leading publications – of the international climate negotiations, where this natural disaster took center stage.

The crowdfunded Climate News Mosaic (CNM) brought to the COP a diverse array of journalists who together provided the tweets, sound bites, and full-length articles that comprised the CNM live blog. These journalists, who are based in countries including the Philippines, Costa Rica, Bosnia and Herzegovina, Germany, and Mali, all contributed to the blog while also producing content for their home newspapers, radio, TV, and online outlets. The live blog, whose entire contents can be found on the EJN website, could also be found every day on partner sites that include IPS, La Stampa, and Responding to Climate Change (RTCC).

Though a frustrating COP for climate activists hoping to see stronger commitments from international delegations – civil society groups staged a walk-out on the 10th day– the timing of the conference, which began just several days after Haiyan made landfall in the Philippines, shone a light on the country’s extreme vulnerability to increasingly extreme weather patterns.  Philippine negotiator Naderev Saño announced he would go on a hunger strike until “there was a clear climate action.”

In an article for Reuters AlertNet, Saño spoke with EJN partner and CNM contributor Imelda Abano. “Typhoons such as Haiyan and its impacts represent a sobering reminder to the international community that we cannot afford to procrastinate on climate action,” he told her. “The climate change talks in Warsaw must deliver on enhancing ambition and should muster the political will to address climate change.”

Abano, the only Filipino journalist in attendance at COP19, is president of thePhilippine Network of Environmental Journalists (PNEJ), and is currently working with Internews to develop an improved crisis communications system for the Philippines. 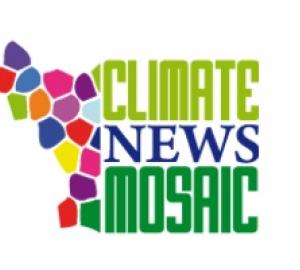