EJN has selected 11 grantees in Africa and Asia to report on emerging zoonotic diseases with pandemic potential, with funding from USAID as part of the global consortium STOP Spillover.

STOP Spillover seeks to identify, anticipate and mitigate threats posed by the “spillover” of dangerous pathogens from animals to humans. EJN’s new grantees will be investigating the threats posed by several zoonotic diseases, including avian influenza, Ebola, Lassa fever and more.

With support from their mentors, these journalists will begin investigating the threats and pandemic potential of these zoonotic diseases, including public health strategies that could keep their communities safe.

In Liberia, journalists will dive into lessons learned from past Ebola outbreaks that could help prevent future deaths and the threat posed by the endemic disease Lassa fever. In Sierra Leone, one grantee will also report on Lassa fever, specifically focusing on the stories of survivors and the lessons learned from outbreaks, while a second journalist will explore the bushmeat industry, food security and its relationship to disease transmission.

In Côte d'Ivoire, a journalist will investigate the avian influenza outbreak in the country and how community members, public health officials, veterinary services and other stakeholders have collaborated to keep people safe. In Uganda, one grantee will explore the increased disease preparedness in the country’s health care system following several Ebola outbreaks, and another will cover the risks of Henipavirus, a zoonotic disease that could spill over from pigs to humans.

In Asia, grantees in Vietnam, Cambodia and Bangladesh will also explore zoonotic disease threats in their countries. In Vietnam and Cambodia, journalists will cover avian influenza – focusing on the lack of mass vaccination in Vietnam and the need for increased stakeholder engagement in Cambodia. In Bangladesh, journalists will also focus on avian influenza, looking at the country’s poultry industry and the need for better regulation to prevent future spillover events.

Clear and accurate reporting on zoonotic diseases may well help keep the next global public health crisis at bay, and these journalists will work 1-1 with an EJN mentor to ensure they can provide evidence-based and actionable information to communities and policymakers most at risk.

"We have been engaging with journalists on zoonotic diseases for over a year and we found that they generally consider this to be a very technical subject. Many journalists have told us that they avoid reporting on zoonotic diseases either because they can’t access credible resources or are afraid of making factual errors," said Stella Paul, EJN's project officer for environment and health. "These grants will certainly help the journalists overcome both obstacles because not only we are providing them experienced mentors to guide them throughout the reporting period but we are also connecting them with subject experts and scientists who they can interview to get a better understanding of the subject."

Learn more about STOP Spillover here and look out for their stories on the EJN website in the upcoming months.

Banner image: A Uganda Red Cross worker calls out to travelers crossing the border at Mpondwe, the busiest formal crossing between Uganda and the DRC, with up to 20,000 people crossing on market days. Those crossing are scanned to detect high temperatures, which could be an indication of ebola / Credit: Anna Dubuis for DFID via Flickr. 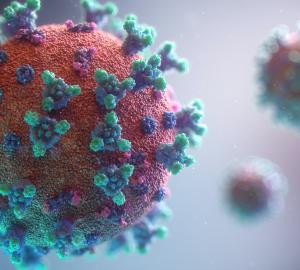