In 2022, EJN began the second year of the Indigenous Environmental Journalism project, funded by Nia Tero, and the first year of our Green Recovery project funded by Svenska Postkodstiftielsen, which is supporting Indigenous journalists and reporting on the role of Indigenous people as environmental defenders.

Recent research from the Global Media Monitoring Project underscores the importance and necessity of investing in Indigenous-led media. In Latin America, for instance, only 3% of people featured in the news were from Indigenous or tribal groups, despite estimates that they make up at least 8% of the region’s population. Indigenous women are further under-represented: Out of that 3%, only one in five is a woman.

Beyond what the data tells us, this investment is also crucial for Indigenous communities to tell their own stories in order to preserve their traditions, knowledge and language, push back when their sovereignty is threatened and steward the planet’s biodiversity.

This year, we received 120 applications from around the world, a significant increase from last year’s grant call. After a careful review by a panel of international judges, we awarded 18 story grants to journalists from 16 countries. With 1-1 guidance from experienced mentors, this cohort of Indigenous journalists will report on land rights, pollution, mining, deforestation, tourism, water rights, agriculture and other issues that threaten Indigenous territories.

Grantees from nine countries around the world will be supported through the Indigenous Environmental Journalism project. They are exploring a number of critical issues: In Uganda, Nigeria and Brazil, grantees are exploring the effects of oil pipelines, oil spills and fossil fuel extraction on Indigenous land and communities. Grantees from the Solomon Islands, South Africa and Ecuador are investigating illegal mining, including exploitative practices, water pollution and rights violations, as extractive industries move forward with their actions on Indigenous land without inviting community input.

In Nepal, we will support a journalist highlighting the impact of climate change on medicinal plants. Journalists will also cover land rights issues: In Indonesia, a youth-led agricultural initiative to preserve Indigenous land and retain traditional ways of life, and in Guatemala, the encroachment of palm oil plantations.

Nine journalists will be supported by the Green Recovery project. Their stories, too, will highlight the role of Indigenous peoples as environmental defenders. Grantees will report on the threats to Indigenous territories and cover the benefits their biodiversity stewardship provides to the planet.

Journalists from the Philippines, Zimbabwe, India and Peru will explore fossil fuel extraction, mining, energy independence and oil spills in Indigenous communities, while grantees in Fiji and Ecuador will highlight traditional practices of land management and disaster recovery. A journalist from Sierra Leone will investigate the impacts of palm oil plantations, while journalists in Bangladesh and Guyana will focus on the impacts of development and tourism on Indigenous communities. Finally, a journalist from Guatemala will shed light on the impacts of deforestation and Indigenous-led efforts to preserve their land.

We are looking forward to another year of supporting Indigenous-led journalism.

“There is growing awareness that environmental justice is a critical topic for journalists to be covering in their stories and reflecting on in their industry,” said Hannah Bernstein, EJN Program Associate and Indigenous Environmental Journalism project manager. “Initiatives to support Indigenous journalists and amplify Indigenous communities worldwide are urgently needed to drive meaningful — and inclusive — action on environment and the climate.”

These stories will be published by the end of the year. Visit the EJN website for more updates in the second half of 2022, or read the stories from the first year of the project now.

Banner image: A member of Brazil’s Mbyá community standing in front of Angra I, a nuclear power plant next to their land / Credit: Rafael Vilela. 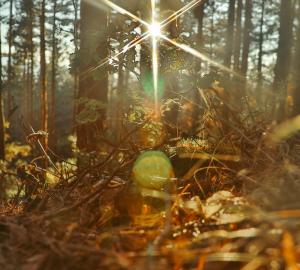 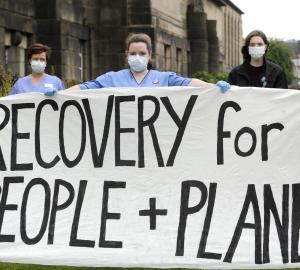