No country has a higher concentration of biodiversity than Colombia. So it was an appropriate venue for the 28th International Congress for Conservation Biology, which took place in July, in Cartagena.

Internews’ Earth Journalism Network (EJN) was there, having organized a Fellowship program that took ten journalists from around the world to report on conference.

The Fellows covered the conservation of species and habitats, from jaguars and rare birds threatened by the wildlife trade, to coral reefs and sharks affected by warming seas and overfishing. 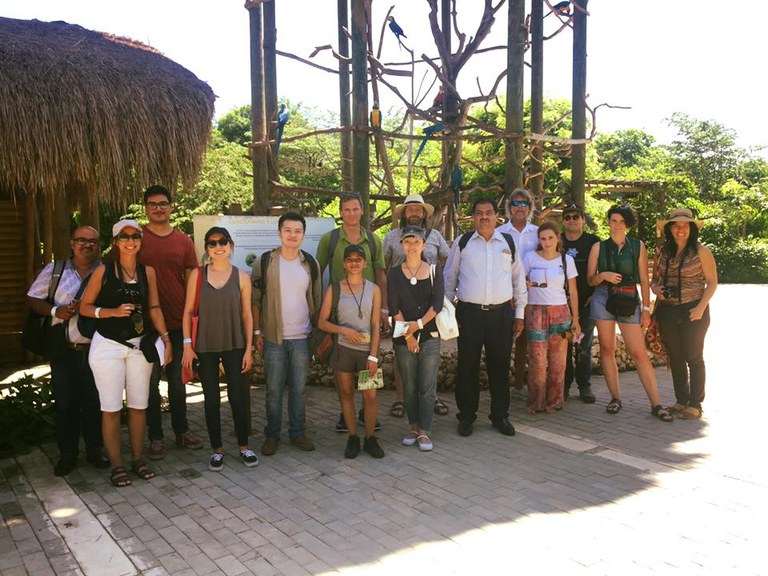 They reported on topics including new technologies that are aiding conservation, reforestation success stories and the perspectives of indigenous peoples and faith groups. Some of the dozens of stories the Fellows produced can be found on the EJN website.

One of the hot topics at the conference was the recent peace deal signed by the Colombian government and the guerrilla group FARC. The deal ends 52 years of conflict but also poses challenges for Colombia’s forests and biodiversity — as the biodiverse areas that the fighting rendered off-limits to loggers and miners are now opening up for development.

During the program, the fellows had the chance to interview Colombia’s environment minister Luis Gilberto Murillo; the director-general of the Humboldt Institute, Brigitte Baptiste and the outgoing president of the Society for Conservation Biology, James Watson. They met dozens of other scientists and conservation practitioners, building important contacts and gaining story ideas for their future reporting.

The program included a day-long orientation that focused on conservation issues and experiences of covering such topics. The fellows also visited the National Aviary, which houses 2500 birds of 175 species, many of which were seized from poachers.

“In Colombia, every animal is a victim of poaching,” said aviary’s director Rafael Vieira as he gave the fellows a personal tour and shared his knowledge of Colombia’s conservation challenges and hopes.

The Fellowship was part of EJN’s Biodiversity Media Initiative, a three-year project funded by Arcadia – a charitable fund of Peter Baldwin and Lisbet Rausing. This allows EJN to support travel of journalists to important international meetings, and distribute small grants for stories and local journalism networks.

The fellow and their media outlets were: