Global sea levels have risen at least 8 inches since 1880, and nearly half of that has occurred in just the last 25 years. This poses an existential threat to the more than 3 billion people living within 100 kilometers of a coast: From erosion and land subsidence to saltwater intrusion to increased storm events and dangerous flooding, coastal communities are on the frontlines of climate change.

To boost solutions-focused and investigative coverage of these threats, EJN’s Covering Coastal Resilience project plans to award 30 journalists around the world with story grants to report on the effects of climate change and sea level rise in their coastal communities.

In the first year of the project, we are awarding grants to 18 journalists, who will report on a wide array of coastal topics. The selected grantees come from 15 countries worldwide, each facing unique challenges as sea level rise, erosion, disaster events and other climate impacts continue to endanger their coastal communities. Yet despite the differences across coastal regions, these journalists are exploring intersecting and overlapping threats and solutions – identifying community-led strategies and policies that work on the ground and those that don’t, so governments and individuals can learn from each other to build resilience.

Through EJN’s one-on-one mentorship program and with access to the training and networking opportunities that come with being part of the Earth Journalism Network, these grantees will be better equipped to hold governments accountable for inaction, highlight previously unreported solutions and develop a deeper understanding of coastal issues in their communities – and across the world.

The first round of grantees are:

In India and the Philippines, grantees will report on the increasing severity of disaster events such as cyclones, storm surges and intense rainfall, investigating how coastal communities are faring and how the government has responded. The global team will collaborate on stories that explore the importance of mangroves, including the threats they face, the impact of their loss and plans for restoration. EJN’s grantee from Mozambique plans to cover expansive coastal development projects that are wiping away the third largest mangrove forest in Africa. Journalists in Colombia, Canada and Benin will tackle coastal erosion, including international efforts in the Gulf of Guinea to protect a shared coast and the communities that are slowly losing their homes.

In the Mediterranean, a climate change hotspot, a grantee in Tunisia will investigate the threat posed by the blue crab, an invasive species thriving in the region because of the warming ocean. She’ll explore an unexpected profitable solution to control their spread. In Kenya and Mexico, journalists will highlight community-led solutions for ecosystem protection and management, including seagrass planting initiatives. A grantee in Indonesia will dig deep into the story of Liberica coffee, the source of a crucial coastal livelihood that’s increasingly threatened. And in the United Kingdom and the United States, grantees will focus on marginalized low-income communities who have long borne the brunt of climate change’s impacts. Through their stories, they will explore whether equitable managed retreat is possible.

Check EJN’s website for more updates on our Covering Coastal Resilience project and to read the stories later this year. 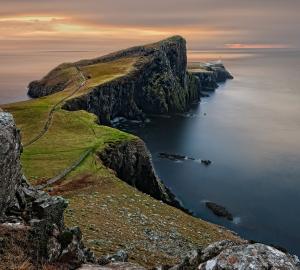