EJN Grantees and Others Share their Best Environmental Stories of 2021

EJN Grantees and Others Share their Best Environmental Stories of 2021

Last month, as part of EJN’s customary year-end social media campaign, we asked environmental journalists around the world to share the story they were most proud to have produced in 2021.

We were thrilled (and overwhelmed!) to receive nearly 100 entries in the final weeks of the year, hearing from journalists from across Asia, the Middle East, Africa, the Americas and Europe. Some of these journalists were EJN grantees, while others weren’t yet part of our network. But each of them contributed to improving the quality and quantity of environmental media worldwide, and we’re eager to share these highlights with you.

Here’s a short roundup of some of the stories sent in by EJN grantees: 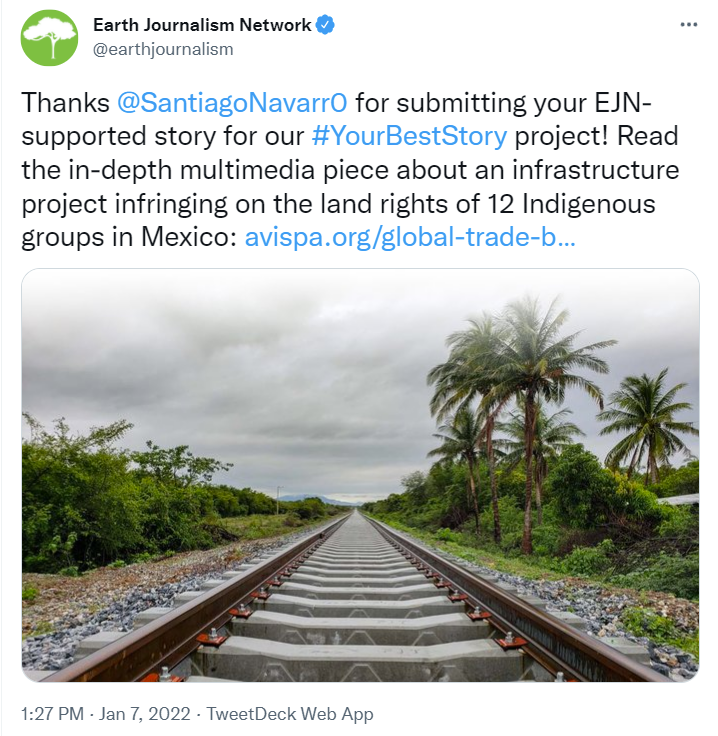 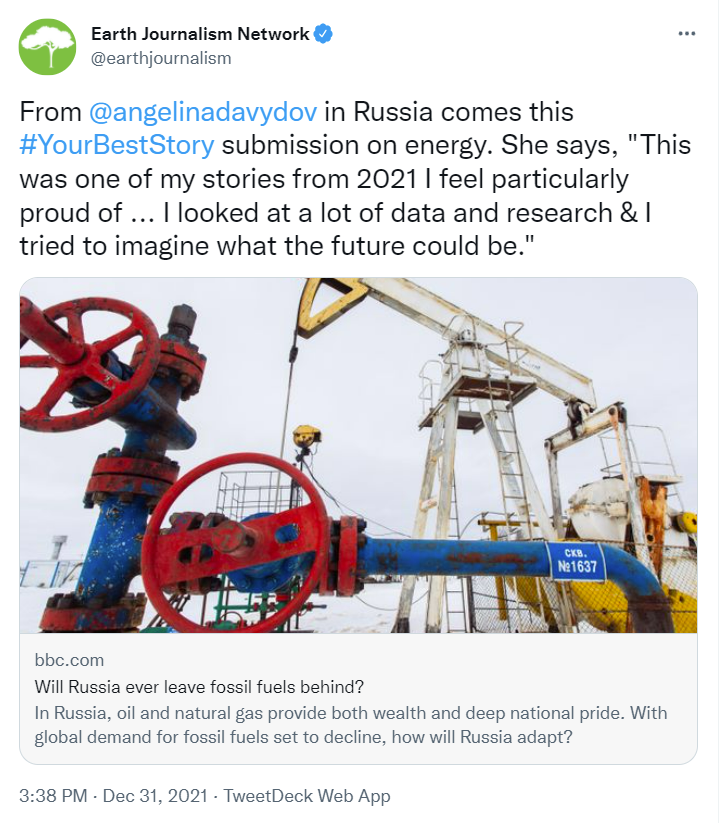 We received dozens of suggestions from beyond the EJN network of grantees, too. Here are some of the notable stories we read from environmental journalists who participated in the Twitter campaign: 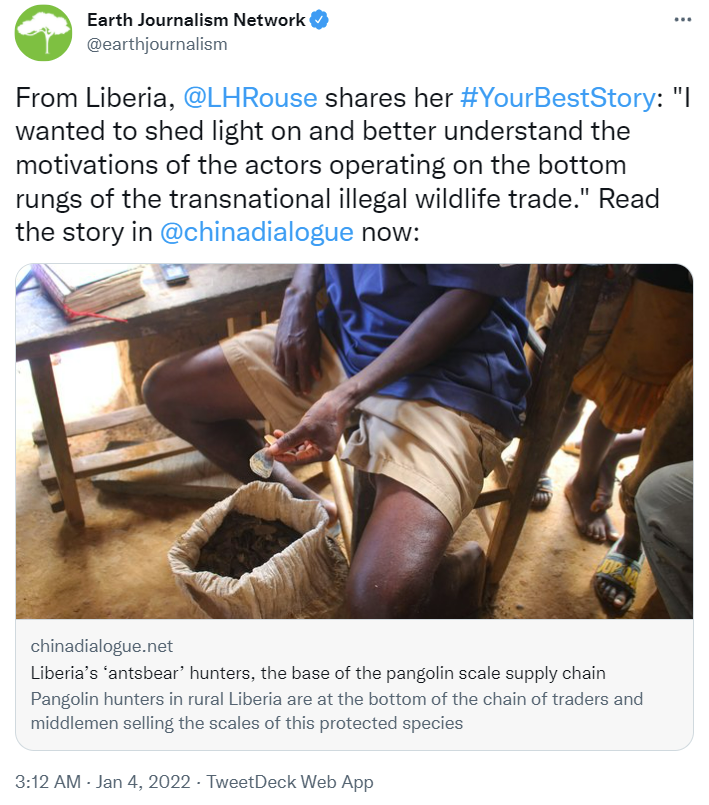 And here’s a few more, from:

We look forward to supporting – and reading, viewing or hearing – more compelling environmental stories in 2022, and sharing them with our network.

Search for #YourBestStory on Twitter to read more entries.

Banner image: A ‘golden tiger’ in a zoo — these animals are often an outcome of inbreeding and are extremely rare in wild populations / Credit: Dave Pape via Wikimedia Commons.