Air pollution is one of the biggest environmental threats to human life. The World Health Organisation (WHO) estimates that 7 million people die every year due to indoor and outdoor air pollution, and that 99% of the world’s population lives in places where air quality frequently falls below WHO’s recommended guidelines.

To learn more about the causes and impacts of air pollution – and how to report on it more effectively, 19 journalists from the state of Madhya Pradesh, India, attended a media workshop on air pollution in the city of Indore from May 9-11.

The journalists – both full-time and freelance – represented 17 local and national media organizations, a range of different beats and news platforms including business dailies, environmental magazines, radio stations and broadcast television. About half of the participants were women.

"Journalists in smaller cities like Indore are usually the foot soldiers of the media industry who support their media outlets by providing stories from their localities. But when it comes to opportunities such as capacity-building workshops or reporting grants, these journalists are often overlooked,” said Stella Paul, project officer. “The Clean Air Catalyst workshop was a step towards changing this. We created the opportunity especially for local journalists and chose Hindi as the main language to ensure that it was an inclusive workshop where everybody felt comfortable and could easily learn and share.”

The workshop featured trainers and speakers from the media, environmental consultancy groups and the Clean Air Catalyst consortium in India, including:

Speakers from the consortium shared information about the Clean Air Catalyst project and its aim to mobilize clean air solutions to improve the air quality of Indore. According to the central government’s annual cleanliness survey, Indore, has been ranked India’s cleanest city for five years in a row (for its performance in solid waste management). However, trainers encouraged participants to look beyond preconceived ideas of what constitutes a clean environment, and report on the city’s worsening air quality with a science-backed approach.

Over three days, journalists were trained to find and use data on air quality and climate-changing greenhouse gas emissions in their reporting. They learned ways to make the causes of pollution more visible and to elevate the voices of those most affected by it. The speakers explained the effects of air pollution on different genders and led a discussion on how to report pollution stories in a gender-sensitive manner.

During the field trip to Pithampur – one of the largest industrial areas of the region – journalists met members from the local community who shared their experiences of living in the area. Shuriah Niazi, who writes for BBC Hindi, interviewed a local woman who had an acute skin allergy from working in a diamond polishing factory. Niazi, whose reports often focus on women’s issues, felt that such stories often remain untold as journalists don’t always have the chance to interact with local communities at length to produce their stories. Journalist Neeta Sisodiya also noted that she was motivated to report on how air pollution affects women and children.

Besides industrial activity, participants considered other key drivers of air pollution, too. In India, vehicles account for about a third of the country’s air pollution. Ravleen Saluja, a former EJN grantee who participated in the workshop, said the experience made her look at the government’s policies anew and question their effectiveness: “I am now thinking, is the government’s decision to take 16-year-old vehicles off the road to curb vehicular emissions an industry-driven policy? Many vehicles of that age may still be in perfect condition, so who benefits if such vehicles are also not allowed on the road? Isn’t it the automobile industry that reaps all the benefits?”

Journalist Swati Mishra said the training sessions made her wonder if the government was adding to the economic burden of common citizens. “As there are no government-owned or centralized scrapping services, every vehicle owner has to pay from their own pocket to get their own old vehicle scrapped. Many people leave their old vehicles here and there to avoid this cost. I feel we need to report on this,” Mishra stated.

On the final day of the workshop, journalists were informed that EJN would soon announce a story grant call, which generated a lot of excitement among the participants. “What I found particularly interesting throughout the workshop is that even those who do not cover the environment regularly were enthusiastically discussing new story ideas on air pollution,” said EJN’s Paul.

Aditya Singh, a local journalist who had previously reported from Pithampur, noted there was pressure from the industry lobby to ‘kill’ air pollution stories. “After attending this workshop, I am encouraged to investigate the links between air pollution and emissions from factories,” he said.

Another journalist, Amitabh Pandey, said that the workshop made him realize the need for sustained reporting on environmental issues including air pollution. “I can now understand how we are missing reporting stories like air pollution that are all around us but are ‘invisible’,” he said.

Before they dispersed, journalists discussed the importance of staying in contact with each other after the workshop and planned to form a local network to share information and collaborate on environmental stories.

Check the EJN opportunities page in June 2022 to apply for story grants to report on air pollution and visit the Clean Air Catalyst page for more information on project activities.

Banner image: Nineteen journalists from the state of Madhya Pradesh, India, attended a media workshop on air pollution in the city of Indore from May 9-11 / Credit: Aarushi Tanwar. 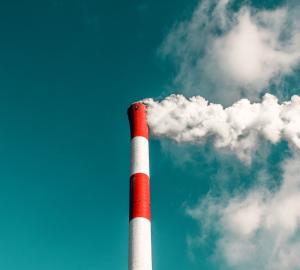