In honor of this year’s Earth Day theme, “Protect Our Species,” Internews’ Earth Journalism Network is launching our Pangolin Project, a special reporting initiative that looks at the growing illegal trade of this endangered mammal.

Found in parts of Asia and Africa, the pangolin is being pushed to the brink of extinction amid rising demand for its meat and scales, the latter of which are used in traditional Chinese medicine. As many as one million pangolins have been poached in the last decade, according to estimates by wildlife trade monitoring network TRAFFIC. 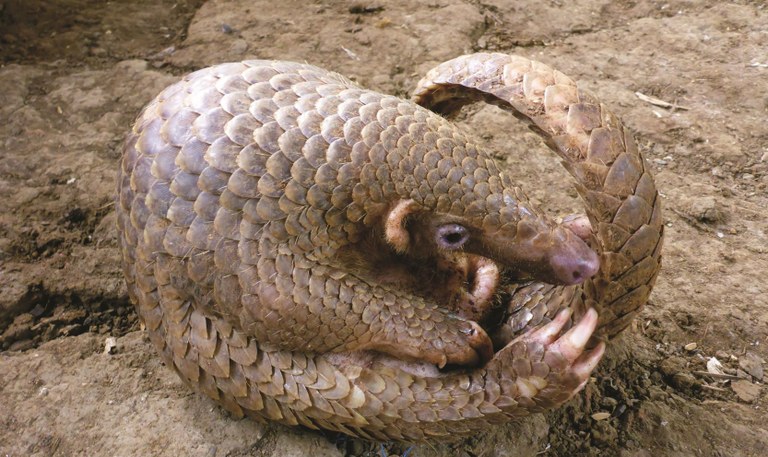 The Palawan pangolin is one of eight species, all of them classified as endangered by the International Union for Conservation of Nature / Courtesy of the USAID Protect Wildlife project and the Katala Foundation, Inc.

Our first story by Wang Yan explores how despite efforts by conservationists and wildlife authorities in China to rescue and breed this shy creature, the illegal trade of its parts persists. Illegal pangolin scales are easily available on popular e-commerce sites in China, for example, Wang writes, despite the fact that the country limits the use of pangolin scales to verified stockpiles or other legal sources and only permits their use in licensed hospitals and authorized pharmaceutical companies.

Meanwhile, in the Philippines, Imelda Abano brings us this story on how researchers and conservationists are working to involve indigenous groups and local communities as wildlife wardens, in an effort to save the Palawan pangolin from threats posed by poaching and the destruction of its forest habitat due to agriculture and illegal timber harvesting.

China and Vietnam are the two primary consumer markets for pangolins, TRAFFIC reports, and China’s role in conservation and species protection is increasingly in the spotlight as it prepares to host a key biodiversity conference in 2020 aimed at halting biodiversity loss. In this story, Feng Hao explains why China’s hosting of these landmarks talks matters. 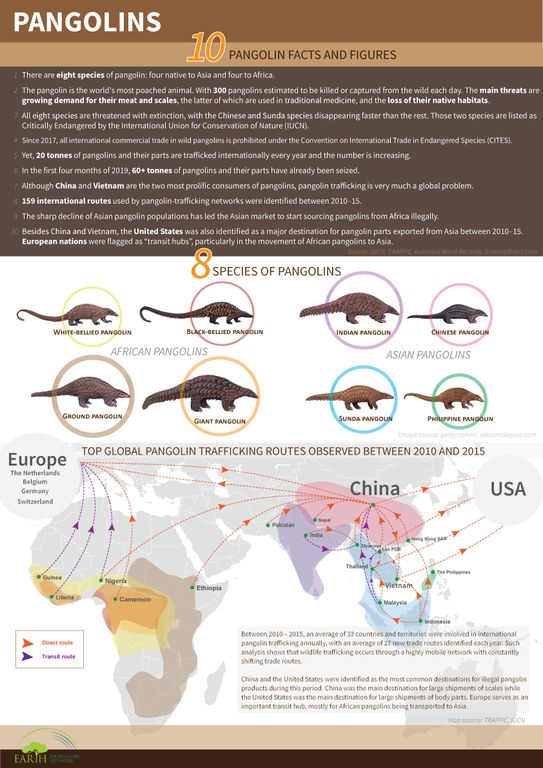 The role of reporting

Globally the illegal wildlife trade is growing, currently estimated at between $7 billion and $23 billion annually, according to the United Nations. In terms of profits, it trails only the trafficking of narcotics, weapons and humans.

In recognition of the threat wildlife trafficking pose to biodiversity, EJN recently launched its Investigating Wildlife Trafficking project, which works to aid journalists in monitoring and investigating wildlife crime in Europe through support for cross-border investigations.

Through a partnership with Oxpeckers Investigative Environmental Journalism in South Africa, EJN is also promoting the use of #WildEye, a digital geo-tagging tool that maps and tracks data on Europe’s role in wildlife trafficking. The resource, launched earlier this year by Oxpeckers, is the first of its kind to compile information all in one place on seizures, arrests, court cases and convictions related to wildlife crime in Europe.

More pangolin stories are on the way. Check out our website and follow us on Facebook and Twitter to learn more about these efforts and to read investigations aimed at addressing wildlife crime throughout the world.