Covering over 70% of our planet’s surface, oceans are the foundation of the blue planet on which we live. A vital life support system for Earth, they regulate the global climate, provide significant amounts of protein and serve as a massive carbon sink.

The interaction between the ocean, the atmosphere, and human impacts is altering both our climate and the ocean itself, and the change is intensifying. Given current trends, we will continue to see more extreme weather events, the decline of fish stocks, increasing pollution and acidification, and rising sea levels—all of which damage marine and coastal ecosystems and their inhabitants.

Yet the reality of what we are facing is not always known or fully understood by citizens or policy-makers. One year into the UN Decade of Ocean Science for Sustainable Development, EJN is pleased to announce four new projects that will provide new support to ocean journalism around the world. By furthering a wider understanding of the ocean’s responses to pressures, EJN aims to hasten effective conservation measures to protect life below water.

A particular part of the global ocean that has received relatively little attention is the high seas, an area that represents two-thirds of the ocean’s surface and 95% of the Earth’s total habitat by volume. The UN is presently holding treaty talks to establish systems of governance to protect “biodiversity beyond national jurisdiction,” yet this has received almost no media attention to date, even though it would affect roughly half the planet’s surface. We want to see the media do a better job of covering ocean issues and the role that marine management can play in protecting biodiversity and ecosystem conservation.

This portion of EJN’s ongoing Ocean Media Initiative, supported by the Paul M. Angell Family Foundation, is a one-year global project to highlight the importance of the high seas, and the effort to boost management and conservation, particularly in areas beyond national jurisdiction.

Around 40% of the world’s population lives within 100 kilometers of a coast, on the edge between land and sea, with climate change’s growing impacts already at their doorstep. By 2050, without adaptation measures in place the world's 136 largest coastal cities could face damages of between $1.6 to $3.2 trillion from sea level rise alone.

This year, we also kick off a new two-year project to enable journalists and media organizations from the Western and Central Mediterranean to report on and investigate marine issues impacting the region. Fishing in the Mediterranean Sea is an important economic activity for the nations that surround its waters, providing livelihoods for hundreds of thousands of people and defining the sociocultural mores of the region. This central role has ultimately placed these waters under growing pressure;  an estimated 85% of assessed Mediterranean fish stocks are being harvested at biologically unsustainable levels.

Reporting on the Ocean in the Pacific Islands

EJN’s five-month “Reporting on the Ocean” project aims to improve the quality of news coverage on marine management and climate change in the Pacific Islands: in particular Tonga, Solomon Islands, Micronesia, Fiji, Samoa, Vanuatu and Palau. For thousands of years, the people of the Pacific region have been sustained by their marine environment, depending upon it for food, transport, traditional practices, and economic opportunity. But this vital ocean ecosystem is fragile and under threat.

With support from the Waitt Foundation, EJN will build the capacity of local journalists and media outlets to raise public awareness about ocean protection, as well as support the efforts of Pacific Island journalists to produce stories about the challenges and solutions to protect and conserve the ocean. We will also prepare journalists and media organizations to cover relevant upcoming events, such as the Our Ocean Conference planned for April 2022 in Koro, Palau.

To know more about EJN project activities, check out our Current Projects page. 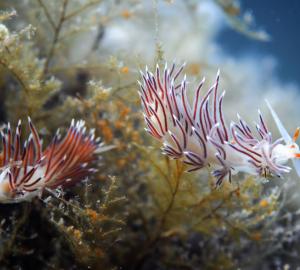