Our new project focused on boosting the quantity and quality of environmental coverage in Asia and the Pacific region, supported by SIDA, necessitates our expansion into more areas across the region. EJN is scaling up and with that, we welcome five new staff members onto our team! 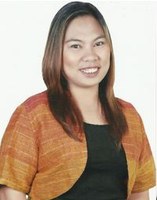 Imelda V. Abaño is EJN Content Coordinator for the Philippines and Pacific. She is an award-winning Philippine environmental journalist and media trainer who has been covering climate change, energy, agriculture, biodiversity and other environmental issues for over 18 years. Abano is the founding President of the Philippine Network of Environmental Journalists, an organization which was established in 2010 with the assistance of the EJN.

As one of EJN's Council of Partners, she has led and managed various EJN activities and projects in the Philippines such as environmental reporting, training, mentorship, networking, climate change and biodiversity grants and developed mobile-based reporting. She is one of the first recipient of the Climate Change Media Partnership in 2007 covering series of United Nations Framework Convention on Climate Change (UNFCCC) negotiations. 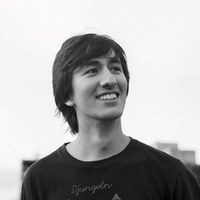 Stefano Wrobleski is the EJN GeoJournalism Consultant and a data journalist at InfoAmazonia (one of the various GeoJournalism websites that have been supported by Internews) where he writes about social and environmental issues.

He also participated in the development and coordination of special reports platforms such as the Cartography of Attacks Against Indigenous Peoples, a mapping of indigenous people killed in the last 30 years in Brazil, and Digging into the Mining Arc, a four-month work on the issues of huge mining project in Venezuelan Amazon.

Surachart is EJN Information Officer. He is responsible for the management and development of EJN’s online presence, including its Geojournalism websites.

Surachart has more than ten years of experience in Digital Communications, Knowledge Management and Information Technology Management at global organizations in Europe and Asia, including the UN Environment’s Compliance Assistance Programme for the Montreal Protocol on Substances that Deplete the Ozone Layer in Asia-Pacific region and other international organizations in the environmental technology industry.