Internews’ Earth Journalism Network and its West Africa Fisheries Project have been honored with a Special Recognition award by an international panel of  judges in the context of the  3rd Stop IUU Fishing Awards to  acknowledge the “unique role journalists and the media can play in combatting IUU fishing and associated activities.”

The award is handed out by the International Monitoring, Control and Surveillance Network, a grouping of states, fisheries management organizations and intergovernmental bodies working to support law enforcement in tackling the rise of illegal, unreported and unregulated practices, known as IUU fishing.

With the support of the Adessium Foundation, EJN has been providing journalists in West Africa with the understanding and resources to investigate issues of overfishing, food security and ocean governance, while also highlighting the economic and social consequences illegal fishing activities impose on coastal communities.

“Publicizing objective and factual information on IUU practices for local fishing communities, the public at large and local, national and international officials increases awareness of IUU activities that undermine the sustainable exploitation of living marine resources and have so many negative consequences for the environment, the economy and society,” Network Chairman Cephas Ralph wrote in his award letter.

The region of West Africa is widely recognized as having some of the highest instances of overfishing and illegal, unreported and unregulated fishing. By giving journalists and their networks the tools to overcome the lack of publicly accessible information, EJN worked closely with its local partners to help the media raise awareness about the drivers of IUU fishing and their socio-economic impact on coastal communities through regular broadcast shows, international investigations and front-page print media stories.

“We wanted to do things differently and really encourage and support the emergence of a new form of independent journalism on fisheries issues by adopting a trans-disciplinary approach and widening the scope of stakeholder engagement. None of this would have been possible without the generous support of the Adessium Foundation who are one of the few funders out there willing to support independent fisheries media training projects of this kind,” said West Africa Fisheries project director and co-founder, Mona Samari.

In June 2017, EJN helped establish Ghana’s first network of fisheries journalists, the Journalists for Responsible Fisheries and Environment (JRFE) network, which was founded by Shirley Asiedu-Addo, Kingsley Nana Buadu, Charles Smith and David Yarobi-Tetteh, with the support of the Ghanaian Union of Journalists. The JRFE, which now has over 30 active members across Ghana, has organized a number of activities with the support of EJN, including press trips in June 2018 to mark the first ever IUU day and the production of regular radio shows.

In addition to building the network, a year-long collaboration with broadcast journalist Mary Ama Bawa resulted in a number of high-profile radio stories on issues including dynamite fishing and trans-shipment practices.

The joint EJN and JRFE workshop held in the Ghanaian city of Cape Coast and at the port of Elmina in September 2017 included the contribution of Professor Rasheed Sumaila from the Sea Around Us and Pulitzer-Prize winning journalist Kenneth Weiss.

“An integral part of our workshops includes providing on-the-ground research experience for journalists by organizing field trips to landing spots with high IUU instances. In addition, we always organize in-depth briefings with the local chief fishermen and our field trips benefit from experts who help journalists document IUU activities at the landing sites,” said Samari. 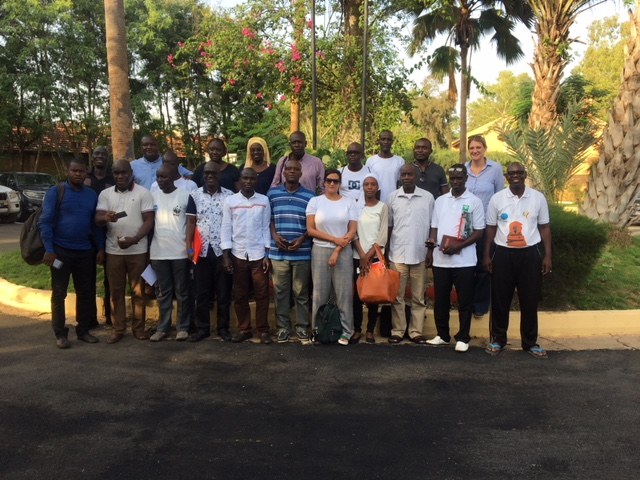 In addition, EJN partnered with the Senegalese Ministry of Fisheries, leading  IUU experts and the Centre de Recherches Oceanographiques in the context of a media workshop held in Mbour in October 2018 that increased the capacity of Senegalese journalists to understand issues facing the country.

The West Africa Fisheries project has now directly trained a total of 34 Ghanaian and Senegalese reporters in how to cover fisheries activities, as well provided online journalism training to at least 18 journalists from Ghana, Gambia, Togo, Benin, Sierra Leone, Senegal,  Burkina Faso, Spain and the Netherlands on how to prepare and produce fisheries stories.

Highlights of the stories from our West African grantees include:

For more than a decade, EJN has worked through its Ocean Media Initiative to address IUU fishing and marine management by supporting journalists around the world to improve their coverage of ocean-related issues.

It has also distributed story grants and mentorship to journalists in many countries across the region to report on and uncover the impact IUU fishing has on coastal ecosystems, fish species and the communities that depend on them for their livelihoods. 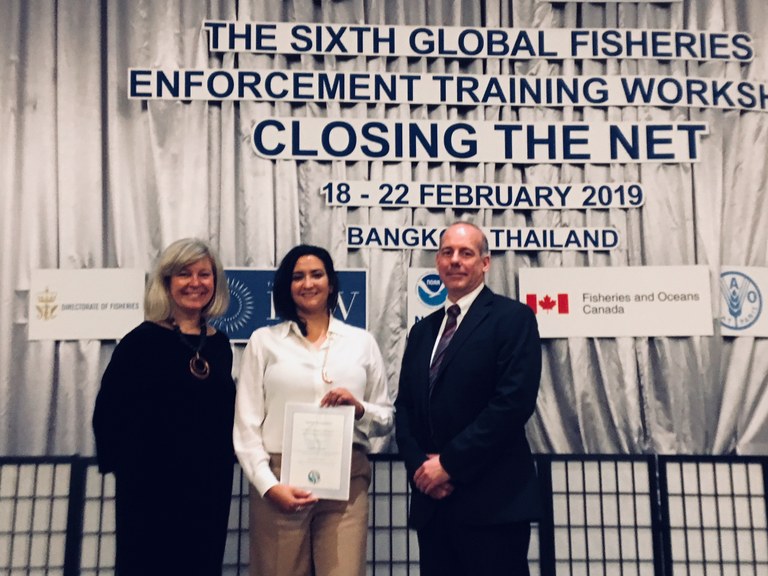 Samari traveled to Bangkok on Feb 21-22 to receive the Special Recognition award and take part in a workshop on global fisheries enforcement training.

Read more about the project, its latest activities and the stories it has produced. 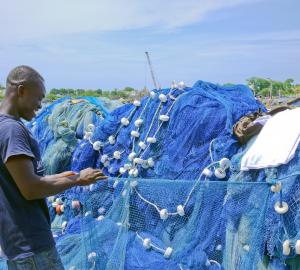