At the 21st Conference of the Parties to the United Nations Framework Convention on Climate Change held in Paris in 2015, Indonesia pledged to reduce its greenhouse gas emissions by 29 percent below a business-as-usual scenario by 2030. With international assistance, that pledge rose to a 41 percent reduction. Nearly 200 countries made similar commitments, or nationally determined contributions (NDC), as part of a global effort to limit climate change under what became known as the Paris Agreement.

By 2020 those signatory countries, including Indonesia, will be urged to submit a more ambitious plan: Limit global temperature rise to between 1.5 and 2 degrees Celsius.

“Will Indonesia submit an ambitious plan? That is definite. What’s interesting is the process towards that submission. In 2020, parties can’t submit their contributions individually; it has to be a collective contribution if we are to address climate change as a global issue,” said Nirarta Samadhi, Indonesia Country Director of the World Resource Institue (WRI), a global research non-profit.

WRI Indonesia hosted a press briefing and discussion on Nov. 14 to highlight and increase understanding of the issues that will be discussed at the 24th Conference of the Parties to be held in Katowice, Poland, in December.

Two of the reporters covering that conference as part of EJN's 2018 Climate Change Media Partnership fellowship -- Irena Pratika from Metro TV and Silvano Hajid from BBC Indonesia -- attended the briefing to learn about the issues and share their plans for bringing developments at COP24 back home.

The briefing, held in partnership with the Society of Indonesian Environmental Journalists, also highlighted Indonesia’s long-term strategy toward climate action and low-carbon development, or LCD. 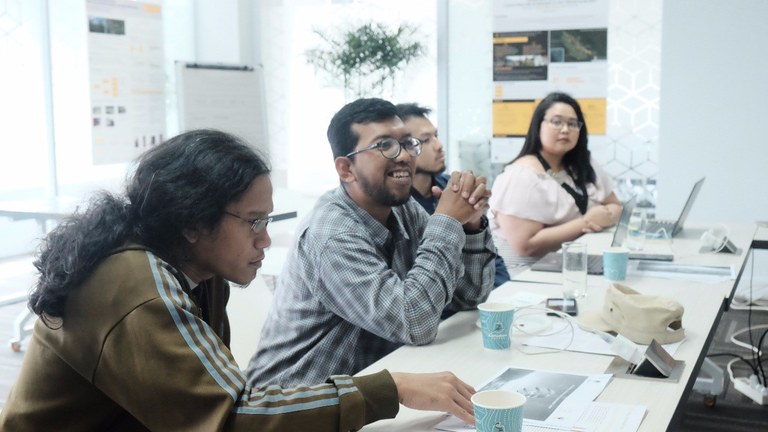 “LCD is a new development platform that aims to strike a balance between economic development and environmental protection,” explained Arief Wijaya, WRI Indonesia's Senior Manager of Forest and Climate.

“There are still discrepancies of numbers, in terms of lowering emissions, between BAPPENAS and the Environment Ministry," Wijaya said, referrign to the National Planning Agency (BAPPENAS). "But Indonesia is currently focusing on hitting the 26% target by 2020 and 29% target by 2030."

WRI Indonesia is part of a consortium of organizations that worked together with BAPPENAS to draft Indonesia's first-ever low-carbon development plan.

Varying data from BAPPENAS and the Environment Ministry show that Indonesia is currently at 13 to 14.7 percent in its efforts to lower its carbon emissions, said Wijaya. To ensure it reaches its NDC commitment, the country needs to develop a roadmap for implementation, he added. 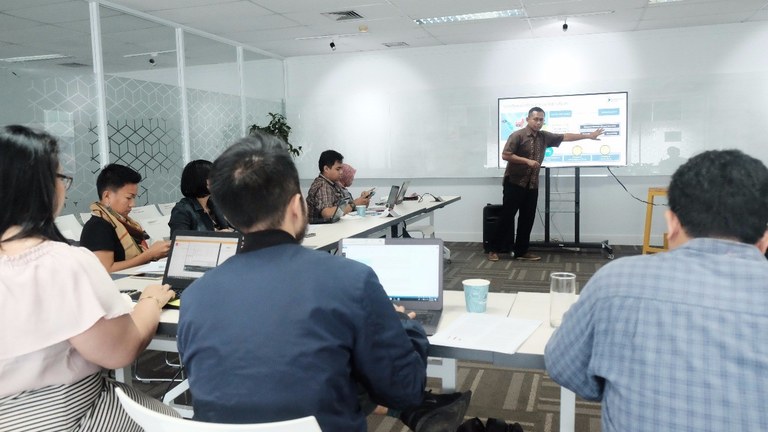 “These ambitions does not necessarily translate into national policies and strategies; policies and development are often in contradiction to global pledges," said Samadhi, former deputy minister of Indonesia’s Unit for Development Monitoring and Oversight. "So it’s interesting to see how Indonesia positions itself.”

Another speaker at the press briefing and discussion, Untung Widyanto, a SIEJ member and journalist from Tempo, said journalists should follow and report on the NDCs by parties, looking at which countries have pledged to lower their carbon emissions and what their strategies are toward realizing those goals.

“Parties are no longer able to hide their plans, they have to share these strategies, including Indonesia,” said Widayanto, who received a fellowship to report from the Conference of Parties in Bali in 2007. He also reported from COP15 in Copenhagen and COP21 in Paris. 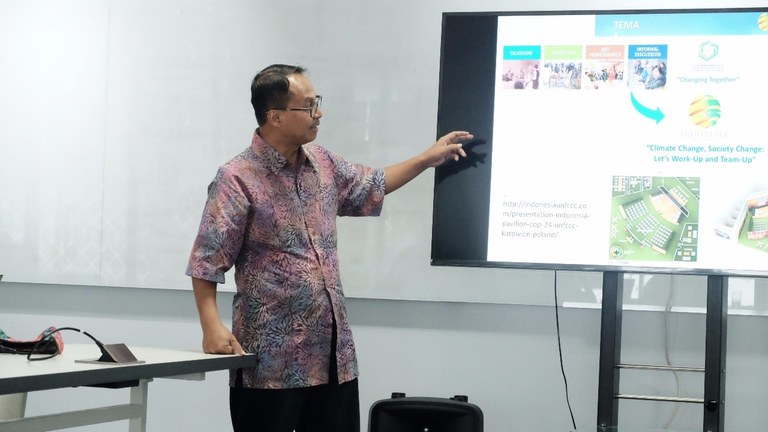 Untung Widyanto, a SIEJ member and journalist from Tempo, discusses how the media covers the COP during a discussion at the  WRI Indonesia office / Credit: World Resources Institute (WRI) Indonesia

Widyanto also shared with the journalists in attendence his experience reporting from previous COPs and discussed some of the stories he published. He advised journalists who will be reporting from the coming COP24 to outline their story focus, follow it with intensive research and identify their key resource person, in hopes of being able to bring more relevant and impactful stories back home.

“I will focus on the energy sector in Indonesia. What is the government’s concrete policies and its diplomacy, especially now, when the government is on a development splurge, both economic and infrastructure,” said Pratika, who also reported from the recent Global Climate Action Summit in San Francisco, Californa.

Hajid, who has been covering social forestry, hopes he is able to bring home impactful stories about the impacts of climate change.

“I want the public to be more aware of the impacts of climate change, what impacts we have seen and felt, how far we have come,” said Hajid, who will be reporting from the Conference of the Parties for the first time.

Pratika and Hajid will join 18 other fellows from around the world who also received the CCMP fellowship to report from COP24.

“To me personally and for WRI Indonesia, this is a good moment," said the WRI's Samadhi. "Journalists have a vital role as educators, informing the public about COP, issues of climate change and its impacts on humans."

Three main points of action that COP24 has set out to accomplish are the adoption of the Paris Agreement rulebook for how the global climate pact will be implemented, a sending of clear signals that nations will strengthen their climate commitments by 2020, and efforts to maintain trust by delivering adequate finance to developing countries to address climate change.