MEDAN_Two young Indonesian journalists were selected to cover a United Nations' biodiversity conference in late November following a three-day workshop held in Medan, North Sumatra, between June 29th and July 1st. The workshop aimed to provide Indonesian journalists with the knowledge and skills to better report on the region's biodiversity. It was followed by several weeks of one-on-one online mentoring.

Shinta Maharani and Hairil Hiar will attend the 14th Convention on Biological Diversity in Egypt from November 17th to November 29th.

Maharani, 33, is a correspondent for Tempo Magazine and a freelance writer for Vice. A member of the Alliance of Independent Journalists, she has covered several climate change events, including the United Nations Framework Convention on Climate Change in Peru in 2014. She covered Myanmar’s election in 2015 as a Southeast Asian Press Alliance scholarship recipient. Based in the Central Java city of Jogjakarta, Maharani is interested in writing about climate change, gender, human rights, politics and cultural arts. 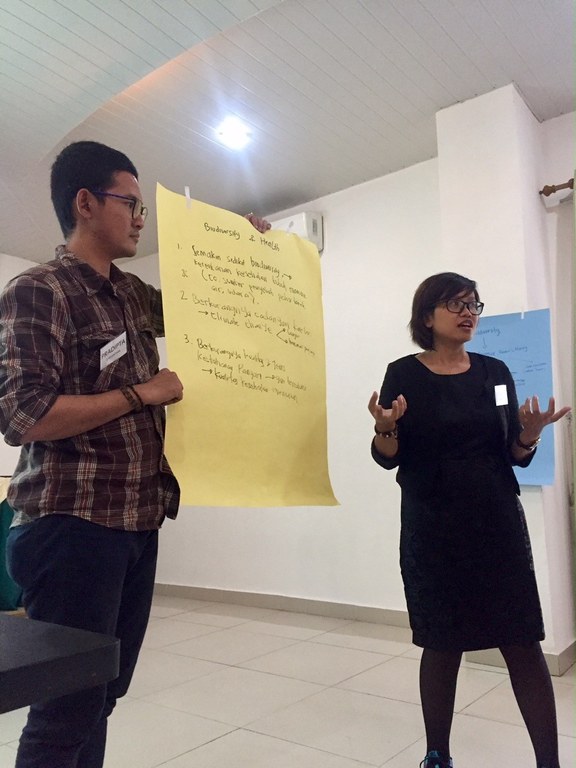 Maharani (right) and another workshop participant discuss biodiversity and health during the three-day workshop held in Medan. / Credit: Climate Tracker

A resident of Ternate, North Maluku, Hiar is the creator and managing editor of kieraha.com, an online news portal dedicated to covering current events in that province. Hairil also writes for liputan6.com and beritagar.id and is a member of AJI. The 33-year-old journalist participated in a 2016 environmental journalism workshop conducted by Dr. Soetomo Press Agency (LPDS) in collaboration with the Norwegian Embassy and has spent some time reporting on climate change in Palembang, South Sumatera. 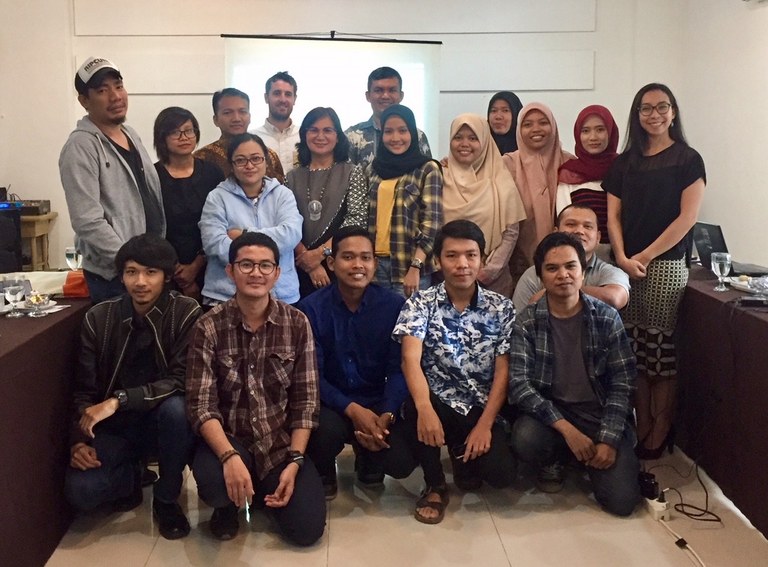 Hairil, far left, with other young journalists and speakers, attending the three-day workshop.

The workshop and fellowship are part of a 10-month program called Forest Stories: Young Journalism in Indonesia. Organised by Climate Tracker, a network of climate journalists and communicators, workshop participants were given access to online materials related to biodiversity and deforestation and participated in sessions aimed at bolstering their reporting skills. Fourteen journalists and writers were selected to attend the workshop from a pool of more than 700 applicants.

In the lead up to the Egypt conference,Maharani and Hiar will undergo week-by-week sessions to learn about issues related to the Conference Of Parties, the main decision-making body of the conference, and expand their editorial contacts. They will also hold calls with biodiversity experts to gain more insight into their topics of interest.