Data plays an increasingly important role in helping us understand and tackle climate change and other environmental challenges. However, journalists often find themselves overwhelmed by the sheer amount and range of data available.

The Resource Watch platform, recently launched by global research organization the World Resources Institute (WRI), is a tool that can help journalists and decision-makers find, visualize and share data on the environment and human development with the aim of raising awareness and driving action on environmental issues.

To introduce and train journalists how to use Resource Watch, Internews’ Earth Journalism Network (EJN) partnered with the Resource Watch team to host a workshop on August 26th and 27th in Jakarta, Indonesia.

“The goal of this workshop is to empower journalists to feel comfortable finding, analyzing and sharing data so that they can create the kind of data-driven stories that can lead to real changes,” said Corey Filiault, WRI’s communications coordinator for Resource Watch.

At the two-day workshop, 16 journalists from greater Jakarta were guided by the team from Resource Watch to explore the 280 free-to-access datasets covering deforestation, coral-reef bleaching, coastal flooding, fires and other natural disasters, oil spills, power plants and air quality as well as human development indicators such as poverty, population density and human migration, among others. Participants were then shown how to overlay those different datasets to see interconnections between the issues. Participants also practiced their new skills using a tailored-made tool that empowers them to quickly analyze data hosted on Resource Watch.

The two trainers from Indonesia – Harry Surjadi, a senior environmental journalist and co-founder of the Society of Indonesian Environmental Journalists Association (SIEJ), and Aria Wiratma, Managing Editor at Indonesian data analysis and digital media company KataData – discussed the challenges of developing data-driven stories as well as the value of incorporating data into news reporting. They also shared tips on how to visualize data, best practices for working with publicly available data and ways that journalists can investigate key environmental topics in Indonesia using data.

Despite growing interest in data journalism in Indonesia, Surjadi noted that journalists are hampered by their ability to access and analyze datasets. “Moreover, media organizations haven’t made data journalism a priority and don’t allocate resources accordingly,” he said.

Ronna Nirmala, from beritagar.id, said she had received data journalism training from her media outlet using tools like Python but found it difficult to process.

“In this workshop, I’ve learned a tool that’s a lot easier to use,” she said.

Having honed their data skills at the workshop, participants are now developing ideas for data-driven environmental stories using data from Resource Watch. EJN and Resource Watch will provide story grants to seven of the best proposals and provide mentoring to the selected journalists as they go about producing their stories.

“It was a great opportunity for these journalists to receive first-hand knowledge about how to integrate environmental data into story-telling,” said EJN Executive Director James Fahn. “We hope to continue working with Resource Watch and other data experts to train more journalists around the world in how to develop data-based stories using such helpful tools.” 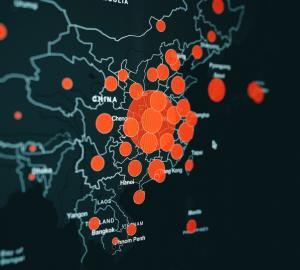