TheThirdPole.net editor Ramesh Bhushal has been named as an expert member of Nepal’s Environment Protection Council.

Following the publication of a series of influential reports on the status of the Koshi Basin, GeoJournalism project manager and TheThirdPole.net editor Ramesh Bhushal has been named as an expert member of Nepal’s Environment Protection Council headed by the country’s Prime Minister.

The Council, formalized as part of Nepal’s Environmental Protection Act of 1997, is called at least once per year by the Prime Minister to discuss pertinent environmental issues and provide policy guidance to the government as per the need. The Council is comprised primarily of Ministers representing various government agencies and seven persons who’ve made a significant contribution in the field of environment in Nepal.

“I am happy to play a constructive role wherever needed, but as I come from a journalism background I will keep in mind that at times being critical is an important part of achieving positive changes on environmental issues,” said Bhushal.  It is apparently the first time that an environment journalist has been appointed as a member of the committee.

This appointment builds upon a number of achievements made by Bhushal and The Third Pole with support from the Internews Earth Journalism Network over the past three years. Activities in the region have focused on enhancing the sharing of environmental data to support in-depth local language coverage of environmental news.

While the Council is one of Nepal’s highest policy advisory bodies, last year, the Himalayan Times reported the Council has not held meetings for the last 18 years.  During the first meeting with the newly appointed expert members this March, the Minister of Population and Environment Mr. Jayadev Joshi said he is very hopeful that the new committee will be instrumental in bringing positive changes in the face of the degrading environmental condition of the country.

“With increasing environmental problems like air pollution, disasters, climate change, to mention few, we realized that one of the best way to work addressing the problems is to revive the council that has been passive for years and use the expertise of people outside the government,” said  Joshi. 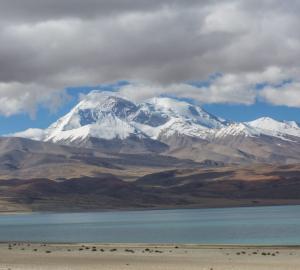