This spring marks the 10th year that Internews’ Earth Journalism Network (EJN) and the University of California at Berkeley’s Graduate School of Journalism (J-School) have collaborated to support the annual Earth Journalism course, taught by EJN Executive Director James Fahn along with investigative journalist and author, Mark Schapiro.

Since 2013, Fahn and Schapiro have guided more than 130 graduate students to hone their reporting and narrative skills and instruct them on how to research, frame, pitch and produce stories on environment and climate-related topics. Each year, students also get the opportunity to apply for grants enabling them to travel — usually to another country, but also within the US, especially during the pandemic — to report on an original story during spring break. For many, it is a career-changing, even life-changing, trip. Upon their return, they work with the lecturers to build their stories.

The program has celebrated many milestones. Last year, for instance, several Earth Journalism students published their stories in The New York Times, including Will McCarthy, Michaela Vatcheva, Anne Daugherty and Sarah Trent.

Others went on to win awards. In 2019, Mark Boyer, a video producer, won an Emmy and a Murrow award for a short film he produced profiling Swedish environmental activist Greta Thunberg. Multimedia producer Brett Marsh won the Online News Association’s Student Journalism Award — the most prestigious in the country — for his thesis project on how an innovative transit system in Bogotá, Colombia is transforming a community on the margins.

Brett Simpson, a print and audio investigative journalist was named a 2021 Overseas Press Club Scholar for her reporting on mining in northern Norway and the impact of marine waste disposal on the native fishing industry, following her 2021 Human Rights Center Fellowship. Simpson, who published her story in National Geographic earlier this month, said: “In their Earth Journalism class, James and Mark didn't just shepherd my first climate story; they introduced a way of seeing the world that shapes my work to this day."

To mark the 10th anniversary of the course, Fahn and Schapiro reached out to alumni from years past to learn what they’ve been up to since graduation:

85% of respondents said they’re currently working in the field of journalism, media or as a communicator of some sort, nearly all of them on issues of climate and the environment. Every respondent said they found the journalism course helpful — an overwhelming majority went on to add that it was helpful to their career and their reporting.

The skills they left with were varied and manifold. Meghan Herbst, a research editor at WIRED, said her experience prompted her “to start looking into the underlying scientific research behind all of the climate effects we've been seeing.” For Lucy Meyer, a student from Australia, the highlight was the insight she gained on international reporting: “finding a fixer, staying within budget and the importance of connecting with the culture and history of the country you're reporting on.”

Nisha Balaram, a freelance video producer, said the course really pushed her “to learn how to craft an effective proposal, which comes in handy when applying for video grants and pitching stories for publication.” Kenny Gotlieb, a Physics student who took the course and now works as a scientist, said he learned “how to tell a compelling human story relating to energy” and reflected on how scientists can better work with journalists.

Notably, every alumnus who participated in the survey stated they would recommend the course to other students.

“I think the Earth Journalism course is one of the most important courses that the J-School offers. Even for students who don't want to become climate/environment reporters, the course provides crucial context (particularly on climate) that is critical for reporting on just about any beat,” wrote journalist Julia Kane. “For me personally, this course solidified my goal of becoming a climate and environmental justice reporter, and showed me how varied, interesting, and important those beats can be.”

“The last 10 years have been an amazing experience, and I feel like we lecturers have learned as much as we’ve taught,” said Fahn. “I’m continually impressed by the caliber of students we get. They almost always seem to come up with good and original ideas for turning these global issues into compelling stories, which is really the central challenge we face.”

“One of the most fruitful parts of teaching this course,” said co-instructor Mark Schapiro, “has been working with students who may start with a big, even epic, environmental idea and getting it down to its compelling narrative essence. We’re aiming to help turn students into accomplished science-based storytellers. It's also been eye-opening for us to see how interested our students are in telling the stories not only of environmental degradation, but also in reporting with the same journalistic rigor on efforts to ameliorate their destructive impacts.” The course has become so popular that there is now a competitive application process that students have to go through in order to enroll. This year’s class had 35 applicants, about a third of the school, making it difficult for the lecturers to decide who should join, although they do welcome auditors, and the J-School now has other course offerings that teach environmental and climate coverage.

This year’s 20 enrolled students and auditors will, like their predecessors, explore key environmental topics, such as climate change, biodiversity, oceans, environmental health and justice, forests, food and agriculture, water and dams, and resilience. Guest speakers — including Rashid Sumaila, Gustavo Faleiros, Justin Brashares, Kristina Hill, Rhett Butler,  Maureen Nandini Mitra, Kate O'Neill  and Jeffrey Mount — typically present the latest research and developments in their fields, after which the class holds extensive discussions about how best to cover these issues and develop compelling stories on the latest findings.

All these activities — including the class, the travel grants, and past scholarships and conferences — have been made possible over the years thanks to the generous support of numerous donors, including the Heising-Simons Foundation, the Kendeda Fund, the Marisla Foundation, the Flora Family Foundation and the Robert and Michelle Friend Foundation.

Check out the EJN website for further updates on this program. 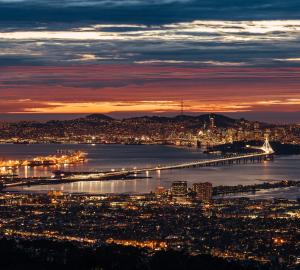