With record-high temperatures forecast across South Asia and exacerbated by the impacts of climate change and (this year) El Niño, the impact on vulnerable communities living along the Bay of Bengal are predicted to be more severe than ever. 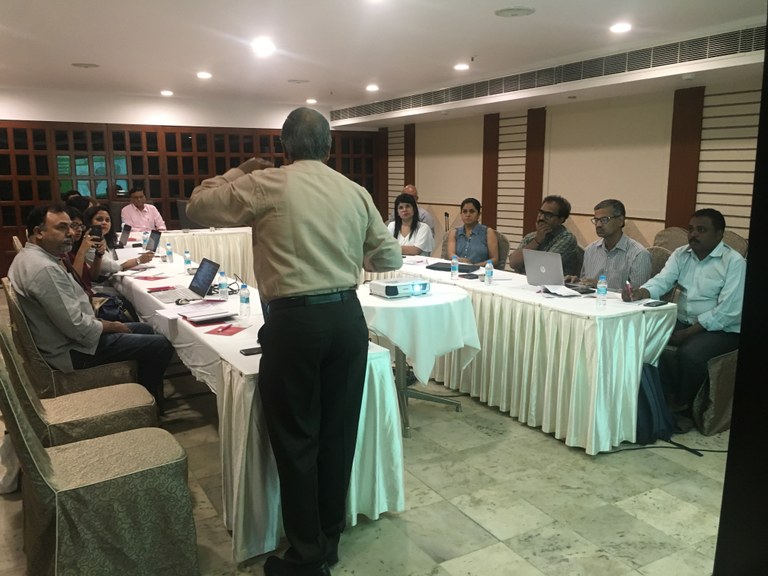 To better understand the challenges facing coastal residents, a dozen journalists from the Bay of Bengal region attended a three-day workshop in late February in Visakhapatnam, the largest coastal city in the Indian state of Andhra Pradesh, supported by Internews’ Earth Journalism Network (EJN).

Leading the discussions were scientists and specialist advisors who were able to elucidate how issues such as sea-level rise threaten homes, land and livelihoods. Professor K. Nageswara Rao, retired from the Department of Geoengineering at Andhra University, described how increased construction of dams and ports is contributing to significant mangrove loss in the Bay -- from the Sundarbans forests to the coastlines of Odisha, Andhra Pradesh and Tamil Nadu states. 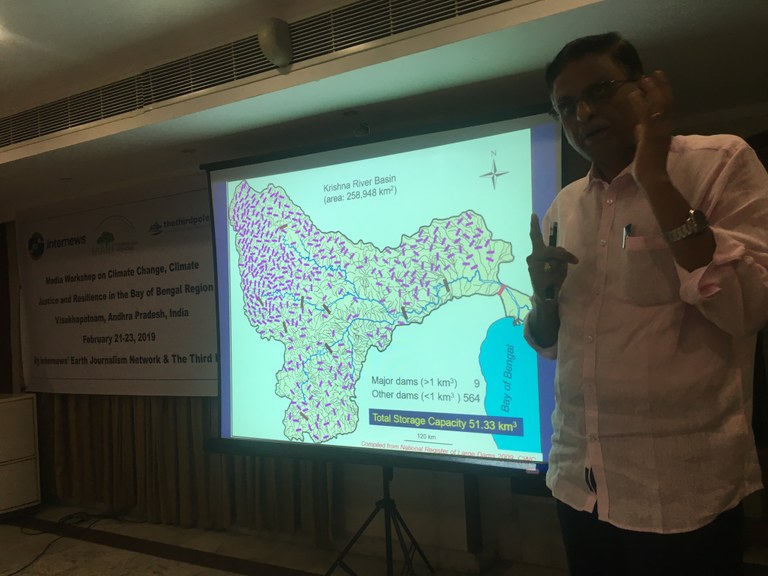 Also in attendance were representatives from the M.S. Swaminathan Research Foundation (MSSRF), a non-profit that draws on science and technology to promote equitable and sustainable development and current recipient of an EJN media grant, and from the District Fishermen’s Youth Welfare Association (DFYWA). Both organizations shared information with the journalists about their efforts to engage with local communities and adapt to or mitigate the effects of climate change. 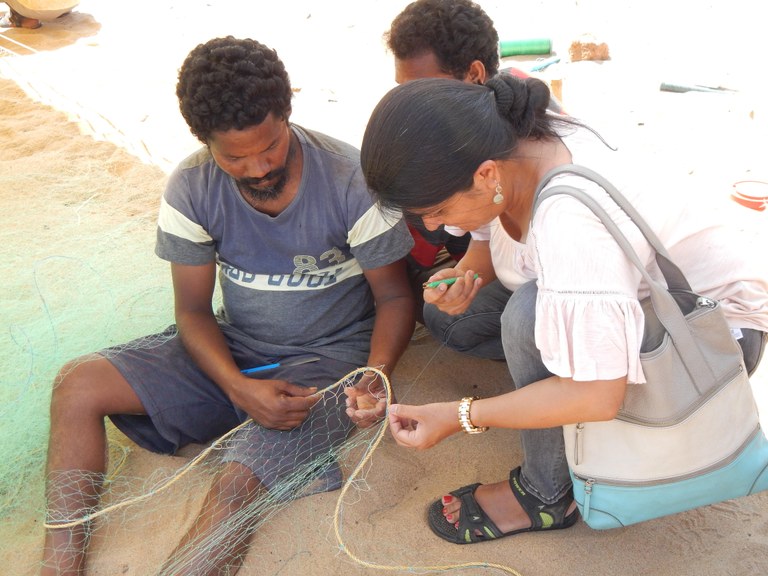 Journalists interviewed local fishermen during the Vizag workshop field trip about how their lives were impacted by climate change, local pollution and overfishing in the Bay of Bengal region / Credit: Charlotte Schep

The journalist participants also learned that some vulnerable groups struggle with salt water seeping into fresh water stores – leading to health risks that often have the most impact on women, as was later reported by Pracheta Panja.

Following the workshop, radio reporter Monika Gulati interviewed Dr. Gopichandran Ramachandran, EJN project coordinator for India, and Dr. Shyamli Singh on the faculty at the Indian Institute of Public Administration, about preparedness and adaptation measures taking place at a local and national level in India.

As part of an EJN-organized field trip, the journalists were able to speak directly to fisherfolk from Mangamaripeta, a coastal village close to Visakhapatnam. The villagers spoke of a clear reduction in fish species owing, in their view, to pollutants from a pharmaceutical factory, more frequent traffic at the port, erratic monsoons and smaller rivers drying up. As a result, fishing communities had to find ways to diversify their incomes even as they racked up debt.

On the final day of the gathering, the 12 journalists worked in pairs to identify all the storylines and angles they could pursue to cover climate change effects in the area. Additional sessions were held that encouraged conversations on topics ranging from security concerns – both online and offline – to reporting tools that improve and enhance storytelling.

This workshop was one of several that EJN is leading as part of the Bay of Bengal Resilience Reporting Initiative, a project funded by the Climate Justice Resilience Fund.