The theme for this year’s World Environment Month (June) is “Beat plastic pollution.” Thus, the Internews’ Earth Journalism Network (EJN) in partnership with the Philippine Network of Environmental Journalists (PNEJ) conducted a workshop with a field trip on June 23-24 in Manila for 15 local journalists.

The workshop tackled issues on the state of play of plastic pollution in the Philippines; social and environmental impacts of plastic waste; solutions; and ideas on writing compelling stories and visual storytelling.

The participants visited the Freedom Island (along the coast of Paranaque City and Cavite City), a designated ecotourism area, which has been declared as a critical habitat for migratory birds. It is the last remaining mangrove forest and salt marsh frontier in Manila. However, Manila’s garbage has found its way to the island, affecting the ecosystems. 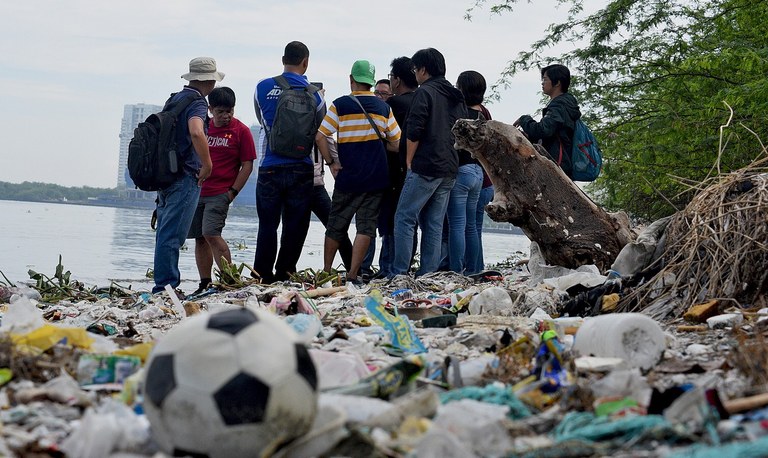 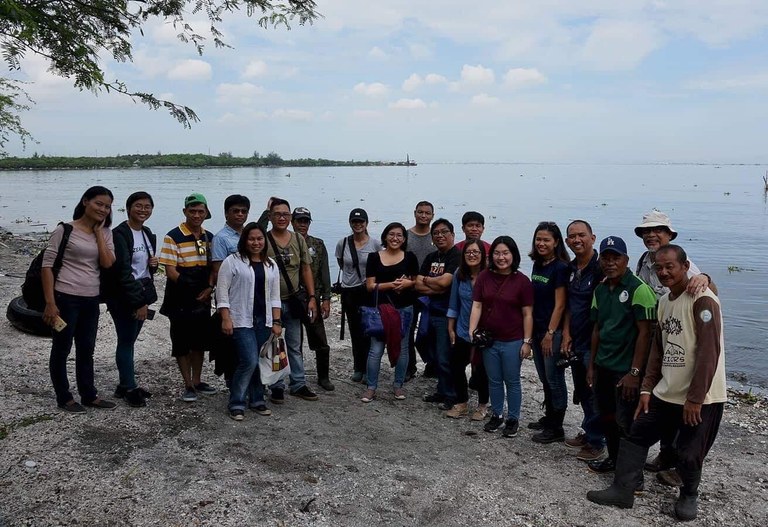 Stretching along Manila Bay, where the famous sunset paints a dramatic view everyday, lies Freedom Island. Also known as the Las Pinas-Paranaque Critical Habitat and Ecotourism Area, it is the last remaining mangrove frontier in Metro Manila that serves as a sanctuary for marine life and an avian refuge for more than 80 species of local and migratory birds. By virtue of its multifarious biodiversity and fragile ecosystem, it was declared a critical habitat in 2007. Ironically, however, it is increasingly under the threats of plastic litter and the impending reclamation project of the Philippines government. 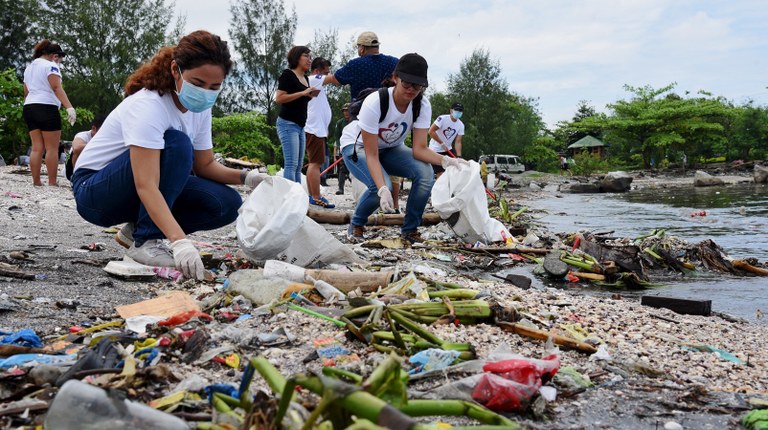 Reflections from some of the participants:

The whole workshop was a learning experience in a sense that it reinforced the need for more exhaustive and thorough discussions on waste management and the role of plastic in the grander scheme of things. I see the importance of media in relaying these insights to the public sphere in order to encourage localities to adopt pro-environment practices and eventually, shift the pro-plastic mentality among the general public.

As a journalist, I am reminded of the media's incredible responsibility in shaping public opinion. There is a great need to illuminate on the cause of the plastic pollution, taking consideration of existing economic inequalities that force marginalized sectors to depend on the sachet culture, for example. It is imperative to seek accountability from corporations instead of blaming the poor. I am also reminded that there is a need to pursue the policy angle of this story. What is the response of the international policymaking community? What policy steps must the world take to curb plastic pollution? It is apparent that a global crisis demands an international cooperative response. The Philippines, which has been dubbed a major contributor to this problem, will prove to be a leader in demanding solutions and innovations to the plastic pollution crisis.

Before our trip to Freedom Islands, I did a quick check on Google Maps to familiarize myself with the location of the destination. I realized that this was the mangrove forest area which I used to see from the sky whenever I was on flying in or out of the Ninoy Aquino International Airport. From the air, the size of the Freedom Islands seemed insignificant. But on the ground, I realized it is not. I was pleasantly surprised to find out that there remains a wide expanse of mangrove forest just outside of the bustling urban landscape of Metro Manila. But the Las Piñas–Parañaque Critical Habitat and Ecotourism Area (LPPCHEA) is under serious threat--from the constant battering of tons of unsegregated garbage flowing out Metro Manila's rivers and into Manila Bay, and land on the shores of Freedom Islands. It has become an unwitting symbol of the government's (losing) battle against pollution caused by failed solid management. Its name depicts the irony of a society trapped inside the problematic cycle of solid waste, the solutions for which the state does not have a clear-cut formula.

The plastic issue in the Philippines is an under-reported, yet it has already reached alarming levels. The influx of plastic wastes in the fish farms and on the coastlines of the countryside are increasing. The Boracay Island, considered as one of the best beaches in the world, has also increasing problems with plastic wastes. It was now clear to me to report more on this issue to inform the government of their responsibilities.

When I was reviewing the Ocean Conservancy report on plastic pollution, I never thought the problem was really that huge in the Philippines.  While it is still a big problem in Davao Region, I was really shocked to find out that plastic pollution is indeed a problem that needs a long-term solution.  Plastics are here to stay and there must ways to minimize, if not, curtail the production of single-use plastics and the like. This is particularly in terms of sachet economy, which supposedly help the poor Filipino people.  But the consequences are beyond poverty.  It is not just an economic issue but also health, environment, and political.  Everyone is affected. The visit to the Freedom Island, the fishing community, and the workshop itself, has opened my eyes that we have a problem that can be compared to that of climate change and water crisis.

I am so thankful that I got to attend this workshop and the Freedom Island field trip. I discovered that plastic usage is deeply embedded in the Pinoy culture. The overuse of single-use plastics has contributed to a convenient consumerist lifestyle that needs to be addressed by many sectors.  I was shocked and surprised at the extent of damage caused by all our plastic waste. Knowingly or unknowingly, we have contributed to this, and this is not something to be proud of. While we can see the silver lining to this- Mang Romy's entrepreneurial spirit shines through- plastic pollution affects so many people- from fishermen, marine life, marginalized communities and the poor. Instead of putting the blame on the consumers, we, as media practitioners, should definitely look into what big corporations and what gov't officials are doing. Through fair and balanced reporting that favors the welfare of the common Filipino, we will be able to tell compelling stories that will move the nation.

The issue of plastic pollution is undeniably an urgent issue. With the mounting garbage we have consisting mainly of different types of plastic waste, it is now wanting immediate attention and solution not only from concerned authorities but from the general public also. The tour at the Freedom Island served as a wake-up call to all of us participants---that when we speak of plastic pollution, we are speaking of a serious environmental topic. This means there is a need to send across a message not only on the local level but globally as well through our stories --- by using not only nature as the subject but other relevant characters such as the people who are directly affected by this garbage crisis, the manufacturing companies that contribute to the product packaging dilemma, and experts who can clearly explain the matter. Another important thing is that with the plastic pollution issue, it would do good if we try to see it and write it from different angles so the proper information is sent to the readers, and in effect, they are made aware of it.

After the field visit at the Freedom Island, I learned that the problem with plastic waste is something that has to be dealt with more seriously by journalists.  I have learned that plastic packaging from brands is endangering wildlife and the health of the oceans and poisoning the water we drink and the food we eat. There is, therefore, a need for the biggest producers of throwaway plastic (particularly single-use) packaging to do more than lip-service. What is needed is urgent and drastic reduction. The current situation is not a joke and I realized that that the battle against plastic wastes is a long way to go. Coastal cleanup can do so very little and recycling is neither the best solution. I learned that plastic sachets and other residuals have no value and cannot be recycled. During the workshop, I have also learned that the mainstream discussions on plastic wastes have shifted the blame on the shortcomings of waste management, and to human behavior.

Please check out the stories published as part of the workshop:

Landfill in Lipa not a lasting solution, says environmentalist