India is the fourth-most attractive renewable energy (RE) market in the world, and it has the world’s most ambitious RE development program. But there are obstacles to increasing the use of renewable energy, such as wind and solar.

Most of the obstacles stem from the rapidly changing policy environment in which India’s RE industry operates. Over the past decade, advantages of location and incentives provided by state governments have pushed some states in India into RE leadership positions. But problems remain in these states as well.

To understand these problems better and the prospects for RE if these problems can be tackled, EJN started a project in partnership with the William and Flora Hewlett Foundation to improve media coverage of RE issues in the key states of Tamil Nadu, Maharashtra and Karnataka so that these challenges are debated openly and policymakers can take corrective action.

After being delayed for much of the year due to COVID-related obstacles, project activities started on November 27 with an online media workshop on the situation in Maharashtra.

During the workshop, experts told 33 participants – most of them journalists – that the crux of the problem lay in the inability of state-owned distribution companies to pay RE developers on time for the electricity they bought. They also referred to a new initiative by the Indian government to overcome this problem – which is nationwide – by starting an online marketplace through which RE developers could sell the electricity they generate to anybody in real time and at prices that would be determined by the supply and demand there and then.

The online media workshop on Maharashtra was followed by a similar workshop on the situation facing Tamil Nadu. Held on December 4, it was attended by 36 participants – again, most of them journalists – despite parts of Tamil Nadu being hit by cyclone that affected internet connectivity.

Tamil Nadu has been a first mover in the development of wind energy and is now considering offshore wind farms. It also has impressive deployment of solar energy. Despite this progress, Bharath Jairaj of the World Resources Institute explained the problems in the graphic below. 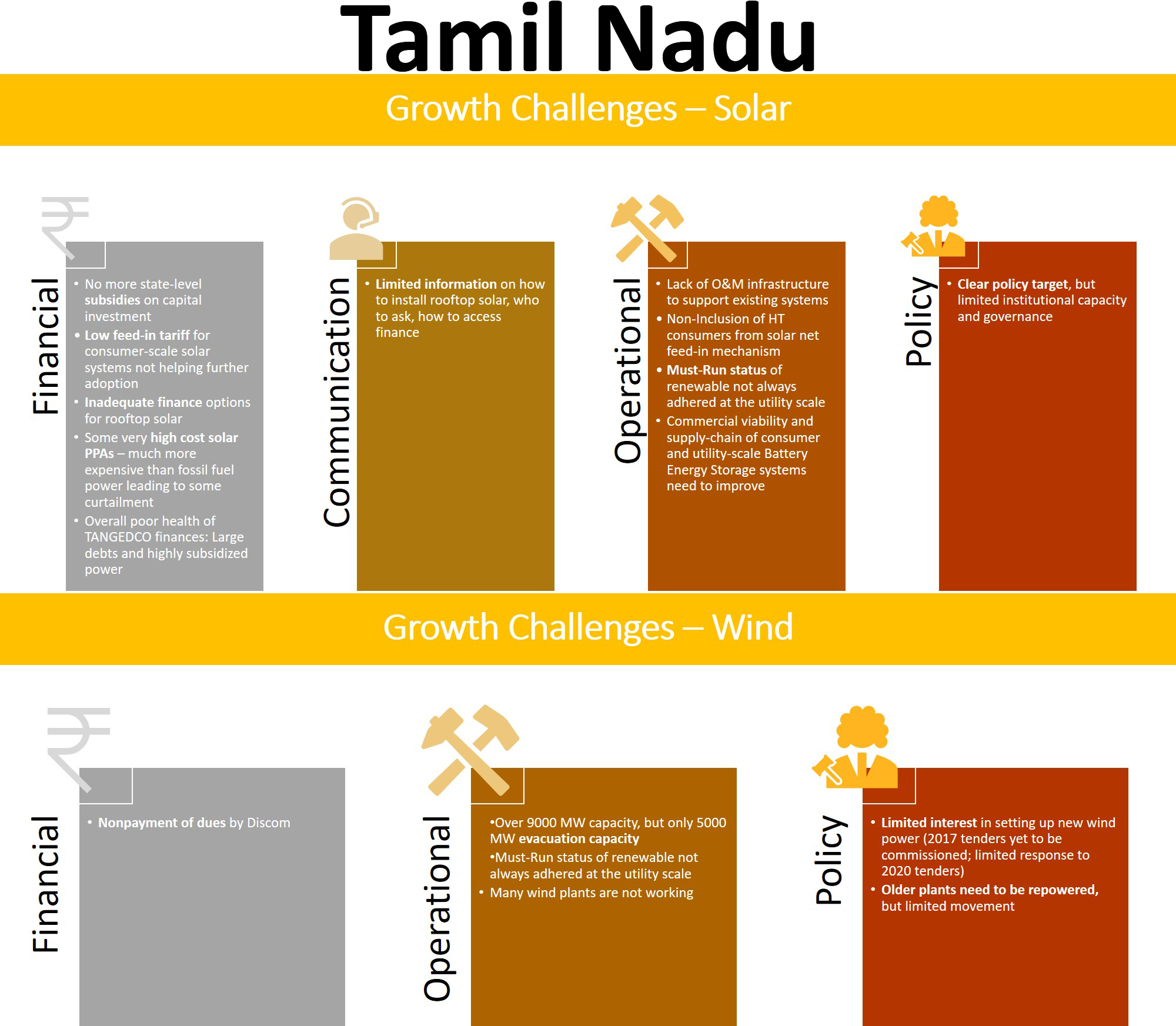 P.R. Muralidharan, an expert from Tamil Nadu’s energy development agency, then explained to the workshop participants about the efforts being made by policymakers to meet these challenges. He said the government would soon give a concerted push to install solar panels on every roof, a move that has the potential to reduce energy bills.

The workshops on renewable energy in Karnataka will take place in 2021, along with additional trainings for covering these issues in Maharashtra and Tamil Nadu.

As part of this project, EJN has also invited journalists to propose story ideas on renewable energy issues in both Maharashtra and Tamil Nadu (and will do so for Karnataka, as well). We’ll be reviewing proposals over the coming weeks and awarding the most promising with grants so that the journalists can examine these crucial issues in depth. 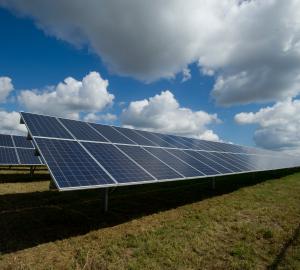