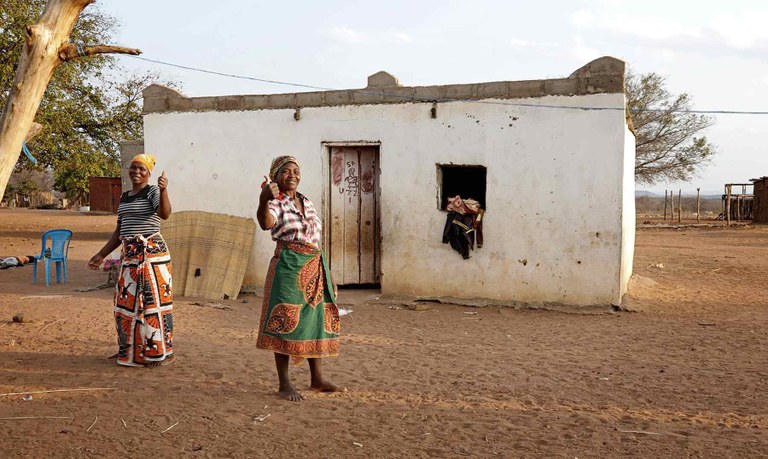 The winning entries were a four-part ClimaTracker investigation titled “What climate change means for your town,” which showcased how local neighborhoods are surviving disruption by climate change, and “Kruger’s contested borderlands,” a year-long multimedia investigation into alleged land grabs in the anti-poaching buffer zone between Mozambique and the world-famous Kruger National Park in South Africa.

Both projects are examples of pioneering collaborations in environmental journalism. They combine the technical expertise of Code for Africa’s team with the investigative environmental techniques of South Africa-based Oxpeckers, which works to expose eco-offences by combining traditional investigative reporting with new media tools, data analysis and geo-journalism.

“Recognizing and rewarding work by the media is an important part of making sure that big business, governments, communities and individuals take accountability for their actions which have an impact on the environment,” said Katy Katopodis, a seasoned journalist and convenor of the awards.

This is the third time Oxpeckers has received a SAB Environmental Media Award since Macleod launched the investigative unit in October 2013. Katopodis said more than 200 media entries were received this year.

Macleod is a previous recipient of the prestigious SAB Nick Steele Award, which recognized her contributions to environmental conservation through her reporting at the Mail & Guardian newspaper, where she was environmental editor for 10 years prior to setting up Oxpeckers.

In 2014, the Oxpeckers Fellowship project won the SAB award in the Print and Online category — just one year after the project was launched – and in 2017 Mark Olalde’s data journalism project on financial provisions for mine closures and rehabilitation won the Written Media Award.

“Kruger’s Contested Borderlands” was produced by Oxpeckers in partnership with Code for Africa, AfricanDrone, a pan-African community using drones to tell stories, and the African Network of Centres for Investigative Reporting. The project was funded by the Pulitzer Center on Crisis Reporting, and the Bill and Melinda Gates Foundation, with support from the International Center for Journalists.

The “ClimaTracker: What Climate Change Means for Your Town” project received funding and technical support from the ImpactAfrica Fund. EJN funded the establishment of ClimaTracker, a web-based mobile platform that makes complex climate-related data accessible to users via interactive maps that track the effects of climate change in Southern Africa.

ClimaTracker also received funding and technical support from EJN for a second iteration of the platform, which maps how climate change is affecting agricultural production in the region. Along with journalistic reports and investigations, the platform informs vulnerable communities and assists in strengthening their responsive capacity by reporting on both good and bad adaptive practices for building resilience.