October marks the second month of EJN’s Asia-focused special report entitled “Available but Not Needed” (AbNN), a compilation of diverse stories taking on one of the principal challenges to the continent’s transition to renewable energy: heavy state and private sector investment in fossil fuel-based energy.

AbNN is EJN's months-long effort to facilitate a collaborative journalism project between six media outlets and more than a dozen journalists, with an emphasis on Southeast Asia. Many of the partners have shared sources, content, and other resources in an effort to work across borders and media cultures. AbnN covers challenging topics without concern about competition in the best spirit of cooperative news media.

Recent stories have included an in-depth account of two coal towns in China with very different fates ahead, a data-rich piece providing context for Indonesia’s claim of going all-in on renewable energy, an analysis of how far away Vietnam's goal of a transition to natural gas and renewables really is, and much more.

The project has brought together a talented crop of early-career and more established journalists, outlets with an international audience and those tailored to a domestic readership, and a wide stable of writers, photographers, and data journalists—the latter of which have been wrangling the bytes and bits that make up the mind-boggling statistics common in energy investment reporting.

The special report comes amidst a busy time for energy and climate news. The COP26 summit is on the horizon, which itself comes on the heels of UN Secretary-General António Guterres’ stark warning that “the alarm bells are deafening” after publication of this summer’s grim IPCC assessment report. Meanwhile, in late September, China’s President Xi Jinping made news with a commitment that his country would no longer build coal power plants abroad, although it is increasing coal production at home and the country as a whole produces 28% of global CO2 emissions.

“Whether to invest or not to invest in non-renewable energy is one of the central questions for many governments in Asia right now. With the COP coming up and the repercussions that follow it, we feel this collaborative special report provides context for big climate and energy decisions ahead,” said Sam Schramski, special projects editor with EJN.

Stay tuned to the EJN website for stories produced as part of “Available but Not Needed” will continue to be posted weekly through November 2021. There is a possibility EJN will subsequently extend the project with an expanded regional focus. Follow #FundingFossilFuels on social media for more updates. 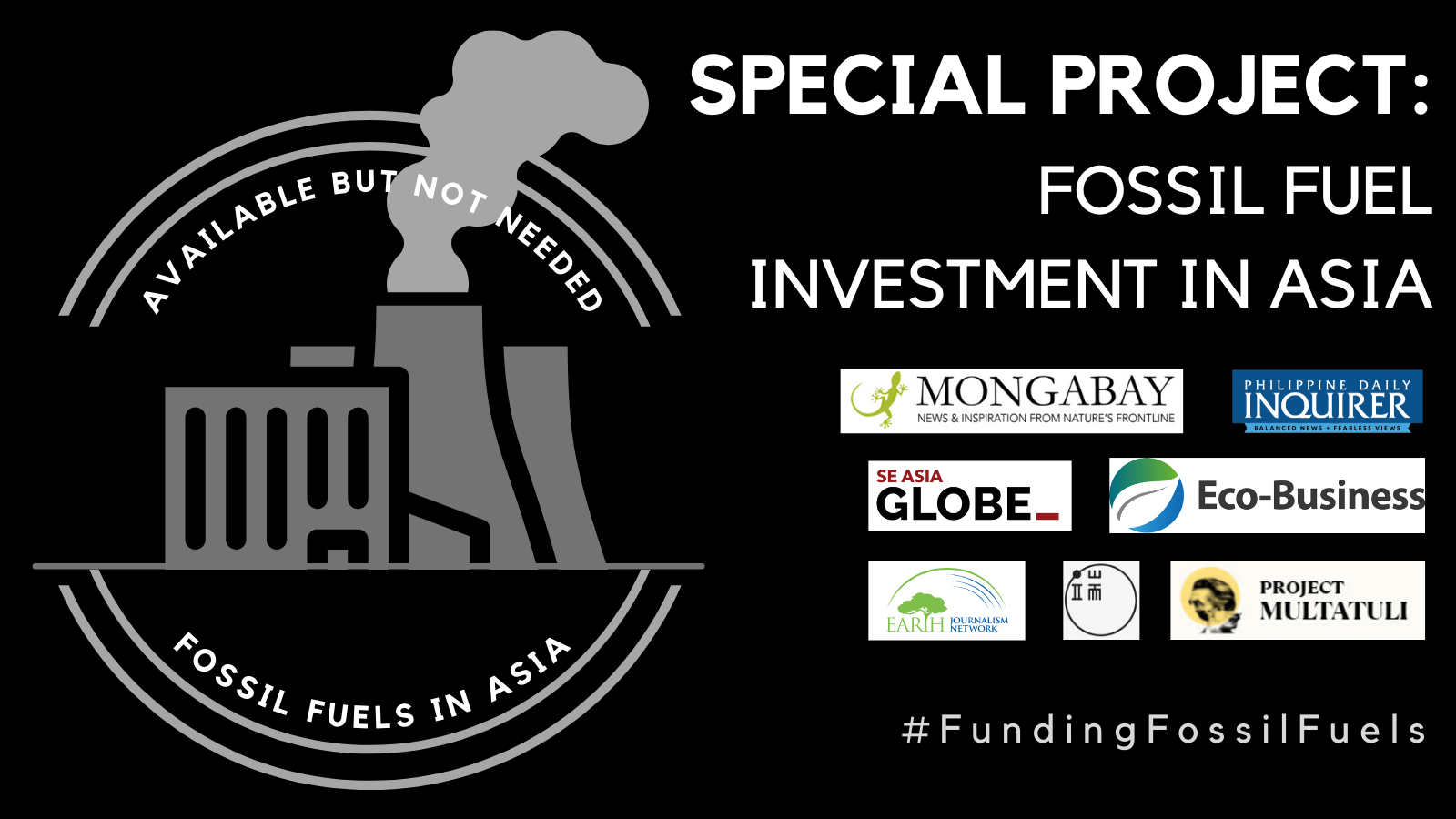