Internews’ Earth Journalism Network (EJN) held its annual Training of Trainers (ToT) at the end of March in Palawan, the Philippines, bringing together more than 30 participants, including staff, media grantees and partners.

This is the seventh time in its 15 years that EJN has held this type gathering as a way to bring together leaders and managers of the network, learn about techniques and opportunities to improve environmental media, and share plans and ideas for future work.

Over five days, participants discussed a host of issues, starting with a session led by the Director of the Third Pole project, Joydeep Gupta, on how to more effectively report on climate change issues, policies, financing and adaptation. Later, Philippine Content Coordinator Imelda Abano and Asia-Pacific project manager Amy Sim led a session on the role the media plays in covering climate resilience and discussed future story ideas with participants.

On day two, sessions centered on data journalism and geo-tagging, followed by an exploration of how to better report on wildlife trafficking and other threats to global biodiversity led by EJN Executive Director James Fahn.

Participants joined in a field trip on day three to the Puerto Princessa Underground River (PPUR), a UNESCO World Heritage Site located in the Saint Paul Mountain Range in western Palawan. Home to endemic species in the families of monitor lizards, pheasants, bats and swiftlets as well as eight different types of forest, the area’s unique biodiversity is one of the reasons it has received global recognition. 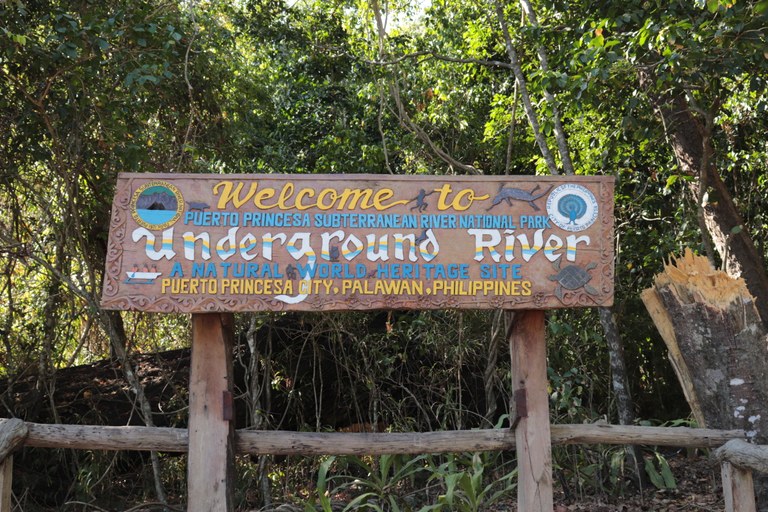 The Underground River, a UNESCO World Heritage Site in Palawan, the Philippines, limits the number of visitors and works with local communities to build sustainable, eco-friendly tourism / Credit: Florence Armein

The site takes its name from a large section of river that runs underground through an elongated cavern marked by stalactites and stalagmites. Boat trips take visitors on a nearly two-kilometer-long journey through the cave’s chambers.

The site has also become a notable eco-tourism destination, with the park limiting the number of daily visitors to 1,200 people and implementing strict codes of conduct that require guests to maintain silence during their tour. It also supports six community-based sustainable tourism projects, including one that explores the nearby mangroves, and involves the surrounding communities – several of them indigenous – in park management. Most of the park’s nearly 300 employees are locals.

Providing residents with livelihoods through community-based tourism, “is one way of giving them a sense of ownership,” said Donna Jean Genilan, PPUR’s public information officer. It also enhances the management and protection of the park, she said.

Yet the park is facing growing pressures from an influx of tourists and is looking to alternative types of eco-tourism activities to keep visitors occupied. Because the park, which is managed by the provincial government, relies mainly on tourist fees to keep it operating, it needs to find a way to balance tourist revenues with other means of supporting conservation, say local environmentalists. 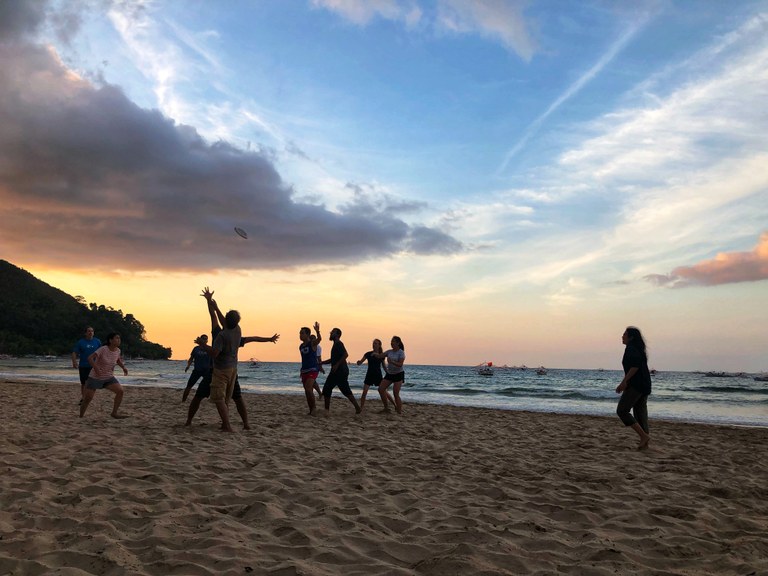 Participants at EJN’s Training of Trainers in the Philippines unwind with some beach frisbee after a long day / Credit: Anh Le Van

Exploring the role that environmentally friendly tourism can play in conservation, was one of the goals of the field trip, a feature of most EJN-supported media trainings.

So too was addressing the growing safety and security threats facing environmental journalists. EJN has introduced more such capacity-building activities over the past year, based largely on feedback from the journalists within its network -- which now includes more than 6,000 members – and on work carried out as part of a project supported by the Environmental Defenders Fund.

The safety training at this year’s ToT provided participants with a better understanding of the threats they’re likely to face, from physical harassment or assault to online risks, such as hacking or invasion of information privacy. Several of the reporters in attendance shared their own experiences dealing with safety and security challenges, and the security experts who led the day-long sessions offered tips on how they and their colleagues can better protect themselves.

The training concluded with a discussion on how to carry out story grants and mentoring, offering tools so that trainers and partners can build resources within their own networks and organizations.

Visit EJN’s website to learn more about its latest media grantees and read the stories its grants have supported.