The Earth Journalism Network recently welcomed Samisoni G Pareti as our new content coordinator for Fiji and the Pacific. In this role he will lead EJN’s work in Fiji, where he is based, as well as in Tonga, Samoa and Tuvalu. He’ll work closely with EJN’s funding recipients, commissioning environmental stories for the network’s InfoPacific website, mentoring journalists and organizing trainings and workshops. He’ll also represent EJN at environmental and media-related events in the region. Samisoni replaces Geoffery Smith, who left EJN in July 2018. 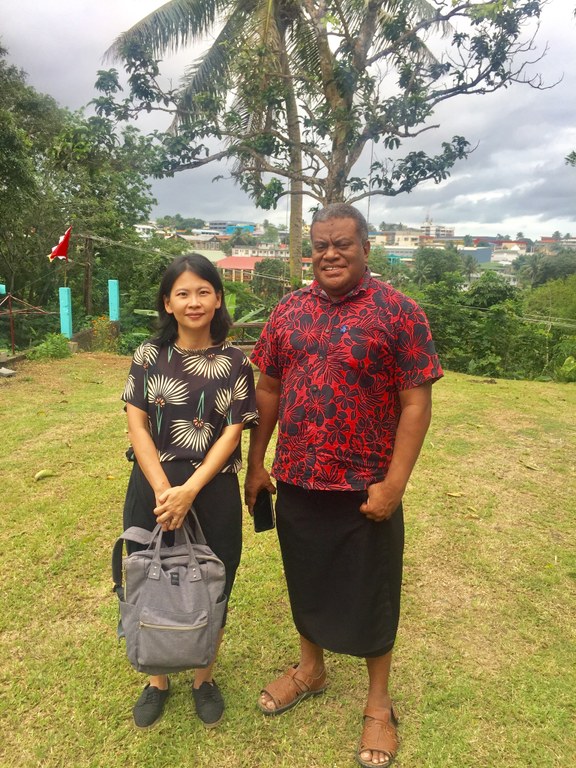 In addition to his role as content coordinator, Samisoni will continue to serve as managing director of Front Page Limited, a publishing company based in Suva, Fiji, that owns the Pacific Islands’ last remaining monthly news magazine, Islands Business. The magazine covers all 22 island states and territories of the Pacific, with stories that span issues ranging from politics to business to environment, religion, youth, health and education. Samisoni also oversees Front Page Limited’s other travel and trade-related publications.

A journalist for more than three decades, Samisoni has worked across all media formats in Fiji, starting in radio before moving to daily newspaper work and then television. He has also contributed to international news agencies, such as the Associated Press and Australia’s ABC.

Samisoni has been affiliated with EJN since 2016, when he participated in the EJN-sponsored Adaptation Futures Conference in Rotterdam. That same year he also assisted with an EJN seminar in Suva, held in collaboration with the Fiji Media Association, that focused on climate change reporting and GeoJournalism.