Internews’ Earth Journalism Network (EJN) commissioned a series of stories that  explore disruptive innovations likely to affect marine conservation, providing a multi-dimensional, global look at the technologies, policies, and people that are creating a new future for the world's oceans.

If our planet were named appropriately, it wouldn’t be called “Earth,” but rather “Ocean.” After all, our planet’s surface – along with our weather, much of our food supply and global transport systems – is dominated by the oceans. And yet they are in a precarious state, with marine fisheries dwindling, some species being hunted to near extinction, coral reefs bleaching, the climate changing, refuse swirling, sea levels rising, pH falling and blooms of toxic algae proliferating.

Attention to these problems seems to be increasing. With the oceans in the midst of a massive ecological and economic shift, marine conservation efforts have been stepped up, both through the growth of protected areas and other regulatory mechanisms, and through the invention and adoption of disruptive technologies. Innovations such as satellite-based monitoring of fishing efforts, collection of data by robotic gliders, and DNA-based tracking may greatly boost conservation efforts, even as seabed mining and enormous factory fishing ships may cause more harm.

What will the future of the oceans be like? Internews’ Earth Journalism Network (EJN) is commissioning a series of stories that will explore disruptive innovations likely to affect marine conservation, providing a multi-dimensional, global look at the technologies, policies, and people that are creating a new future for the world's oceans. There are reasons to believe we may be on the threshold of profound changes in our ability to manage and regulate the seas.

Articles selected as part of this collection will explore what new technologies and other innovations that are either in the lab or on the horizon have the potential to fundamentally alter how humanity uses and manages the oceans. Funding for this series is being provided by the David and Lucile Packard Foundation. 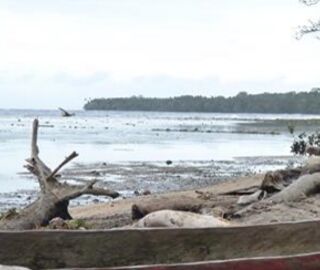 Oceania
This Canadian company wants to mine for gold on the bottom of the ocean
24 May 2016
© 2022 Earth Journalism Network All rights reserved.