To keep global warming to no more than 1.5°C above pre-industrial levels — as called for by the 2015 Paris Agreement, the world would need to reach net zero by 2050.

In recent years, a number of countries have set increasingly ambitious net zero goals, pledging to decarbonize their economies and cut greenhouse gas emissions to as close to zero as possible by 2050, 2070 or beyond. According to the United Nations, more than 70 countries, including the biggest polluters — China, the United States, and the European Union — have set a net zero target, covering about 76% of global emissions. Despite these promises, critics argue that even if achieved, pledges fall well short of what is needed to limit global warming to 1.5 degrees.

Two of the most ambitious pledges so far have come from South Africa and India, who committed to reach net zero by 2050 and 2070 respectively, at the 2021 United Nations Climate Change Conference (COP26) in Glasgow.

Achieving this goal will involve shifting away from fossil fuels and accelerating the transformation of how populations produce, consume, and commute, while ensuring any remaining emissions are reabsorbed by carbon sinks such as the ocean and forests.

It will require investment in a healthy, resilient, carbon-neutral economy that prevents future threats to the environment, improves job prospects, and encourages sustainable growth, without leaving vulnerable and marginalized communities behind.

Yet, for the broader public — and indeed, policymakers — in both India and South Africa, this remains a new concept. There is a lack of understanding about what the transition would entail, what steps are needed to move towards the target, and what countries will need to do to make sure they are on track. There is a dearth of in-depth media coverage on these topics and without public awareness and pressure, policy responses will remain inadequate.

It is imperative, at this crucial juncture, for the media to convey accurate and science-based information on climate action to the public, and to hold policymakers accountable to their pledges to decarbonize.

To meet this need, Internews’ Earth Journalism Network (EJN) has embarked on a year-long media project to strengthen climate-related reporting in India and South Africa. Through this project, we aim to build the capacity of journalists in India and South Africa to report more effectively on pathways to achieving net zero — including the prospects, potential opportunities and challenges that will be faced along the way.

Project activities to improve the quality and quantity of net zero coverage will include:

Through this project, EJN will equip journalists in India and South Africa with the skills they will need to cover their country’s transition to an energy-neutral economy, now and in the years to come. We also aim to raise awareness among campaigners and build national coalitions to demand net-zero commitment. 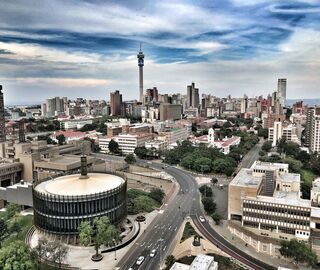 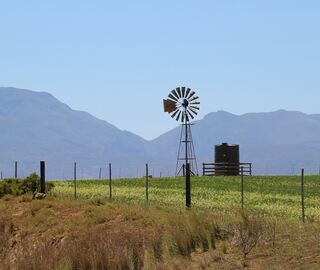