Be a part of the #WildEye community

Be a part of the #WildEye community

In early 2019, South African-based organization Oxpeckers Investigative Environmental Journalism launched #WildEye Europe, a digital GeoJournalism tool that maps and tracks data on Europe’s role in the illegal wildlife trade. The tool is the first of its kind to create a centralized database that compiles information on seizures, arrests, court cases and convictions related to wildlife crime in Europe.

In November 2019, #WildEye made some exciting changes to the tool, allowing users to access data more easily, suggest a story and share new information on wildlife crimes. The number of incidents on the map also increased, putting a stronger focus on incidents in central and eastern Europe, and including more incidents related to exotic reptiles, birds and eels. 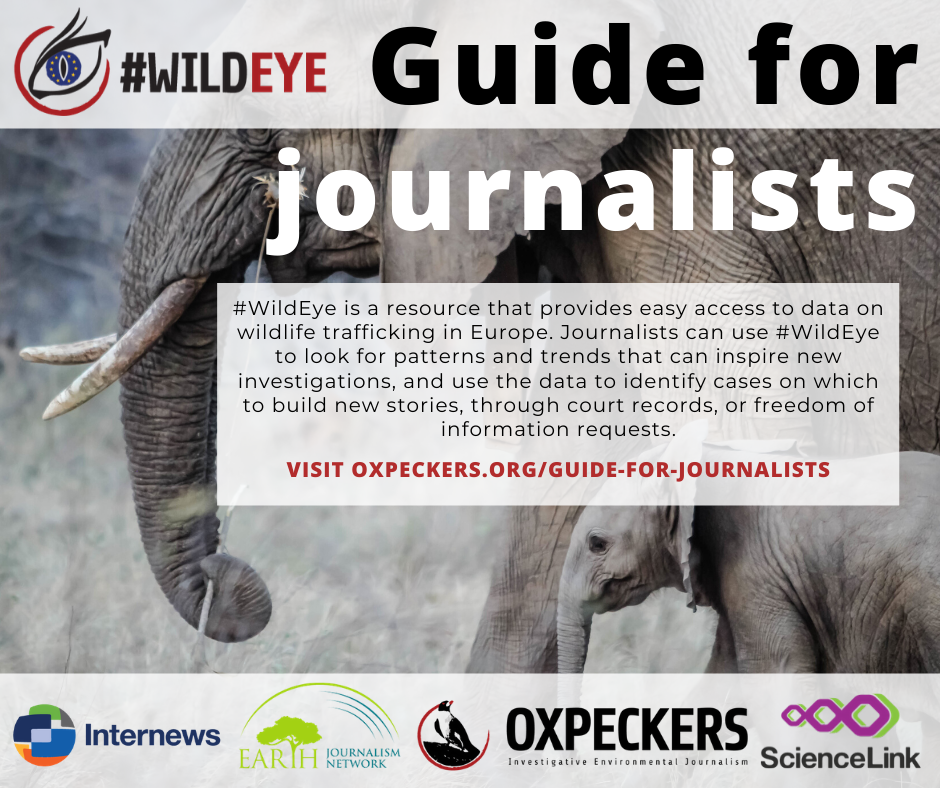 The idea behind these geojournalism tools is to aggregate publicly available data and make it easily accessible for use by journalists, policymakers and the general public.

The maps are populated with icons containing information about legal actions to curb the illegal wildlife trade. Users can hover their computer cursor over any icon indicating either a seizure, arrest, court case or conviction and a text box will pop up providing more information.

The tool includes a search function to help users filter information and find topics of interest. It also allows users to subscribe to receive alerts on either an area or a specific case. Each time the data is updated, you will receive an email with this new information.

To encourage more journalists to use the tool, Oxpeckers and the Earth Journalism Network (EJN), which it works in parternship with on this project, co-hosted a live webinar on Nov. 20 for nearly 30 journalists and other participants from environmental organizations around the world. You can watch that webinar below to see how it works.

Why Europe, and why now?

“Europe’s role in the illegal wildlife trade is greater than most people realize,” EJN’s Mike Shanahan explained to participants. “It is an increasingly important conduit through which wildlife products are smuggled, as well as a major source and market of wildlife products.”

But, as Shanahan went on to say, the media tends to focus on crimes such as rhino poaching in Africa and the consumption of products such as ivory in Asia. That is how the Investigating Wildlife Trafficking journalism project, a collaboration between Oxpeckers and EJN that included the creation of #WildEye, came about.

“We wanted to shine a light on Europe and boost media coverage on Europe’s role in the illegal wildlife trade,” said Shanahan, who manages the project.

So far about 15 journalists have received funding to report on issues surrounding wildlife trafficking, covering topics ranging from illegal tiger farms in the Czech Republic to the black market for parrot eggs to songbird smuggling from Italy to Malta to the poaching of sturgeons in Romania and Bulgaria. Other investigations have looked at what authorities are doing to enforce the law, including new forensic techniques for detecting wildlife crimes.

During the webinar, we explained to participants what #WildEye shows and taught them more about how to use the tool.

One issue that came up during the November 2019 training was how little data is made publicly available.

“If you look at a lot of the press reporting around wildlife trafficking, there are already a number of conclusions being drawn from a relatively narrow and sometimes misleading dataset,” said Simone Haysom, a senior analyst at the Global Initiative against Transnational Organized Crime.

In these instances, people will often look at seizures exclusively and you will see a rush of articles around major seizures (e.g. several tons of elephant ivory impounded in Hong Kong), and then “never hear about the issue again,” she said.

“I was really delighted when I heard that Oxpeckers was going to be tracking arrests, prosecutions, and looking at the criminal justice system data much more holistically.” 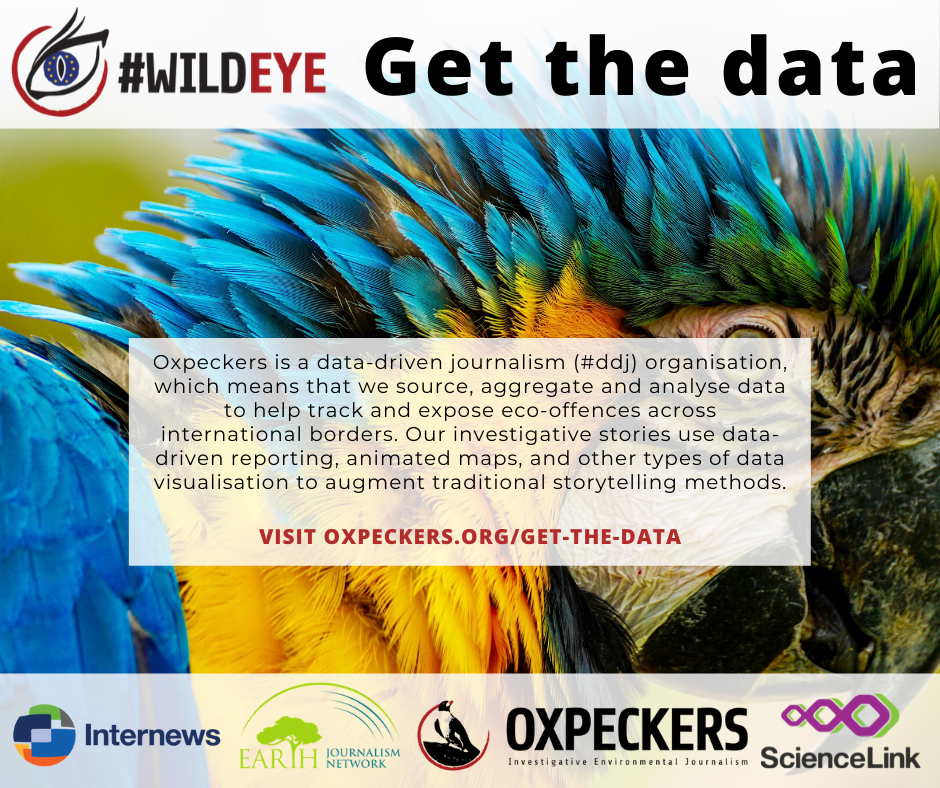 Those challenges are, in part, why we recognize that #WildEye will take a while to become the comprehensive, all-encompassing wildlife trafficking database we envision it to be. It's also why we're thrilled to be engaging with so many journalists around the world.

One of the goals of #WildEye is to build on our dossier of stories based on the tools’ data. The stories produced through the help of #WildEye data are featured on our map pages, on the Oxpeckers site and by the Earth Journalism Network. These investigations have also been published by a wide range of third-party media outlets.

We are excited by how much the #WildEye community has grown over the past year and we look forward to seeing what journalists come up with after being introduced to the platform.

A community-driven tool, designed by journalists for journalists, #WildEye allows you to request and share data, and to suggest stories that are linked to wildlife crime. If you would like to know about how to use #WildEye for your stories and investigations, read through the Guide for Journalists, available here.  If you know of seizures, arrests, prosecutions or convictions that are not on #WildEye, please contact us here. Contributing to the consolidated database will help you keep track of information, for research and story purposes.