The Beginnings of Aquaculture

The Beginnings of Aquaculture

The history of aquaculture is a long one, although it is only recently that the practice became one of global significance. Ancient Egyptians may have farmed Nile tilapia (Oreochromis niloticus) in ponds adjacent to the mighty river as long ago as 4000 BCE. China, too, was an early adopter and produced the world’s first aquaculture manual. The Chinese Fish Culture Classic by the scholar Fan Lai was written around 475 BCE and standardized for the first time the methodology for rearing fish. 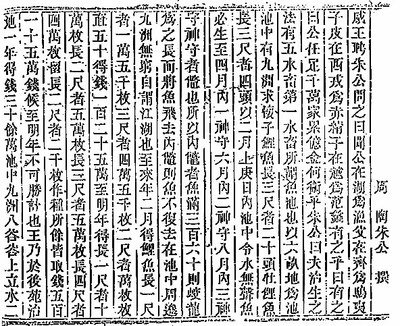 A facsimile of “The Chinese Fish Culture Classic by Fan Lai, c. 475 BCE

For most of the next 2000 years of aquaculture, farmers focused on freshwater fish with various species of carp (family Cyprinidae) being the primary varieties used for cultivation. Carp made for a natural first choice for fish farming because they possessed a series of traits that make them highly adaptable to the farm. Some of those traits include:

Early forms of aquaculture with carp at their center were largely environmentally sound and even benign. It is speculated that carp culture began in tandem with Chinese propagation of silk worms and rice. Silk worm casings, discarded after worms metamorphosed into butterflies, proved to be excellent aquaculture feed for carp. Rice could be fertilized by carp feces and grown in carp ponds. In this way, the ancient form of aquaculture was in fact a “polyculture”—a system that produced multiple species with multiple uses, which recycled waste and which provided the independent farmer with food throughout the year.

Another good example of a polyculture system – this one involving saltwater species -- is the gei wai system used in China, which entailed capturing young marine life brought in by high tides in ponds along the shoreline, then growing them to adulthood. This method can still be seen in action at the Mai Po Marshes Nature Reserve near Hong Kong.