The Blue Revolution: The Rise of Modern Aquaculture

The Blue Revolution: The Rise of Modern Aquaculture

For most of aquaculture’s history, production was of a small-scale, artisan nature. This would begin to change after World War II with the beginning of the domestication of key species or groups of species that have become the fundamentals of the modern global seafood market. Today, 50 percent of all aquaculture production is finfish, 25 percent is aquatic plants, and 25 percent are crustaceans (shrimp, prawns, crabs) and mollusks (clams, oysters, mussels, etc.). Most of the most commonly farmed species are still carp. But in the last 40 years, several new classes of species have been added that now greatly contribute to aquaculture development and trade. Among these new forms of culture are: 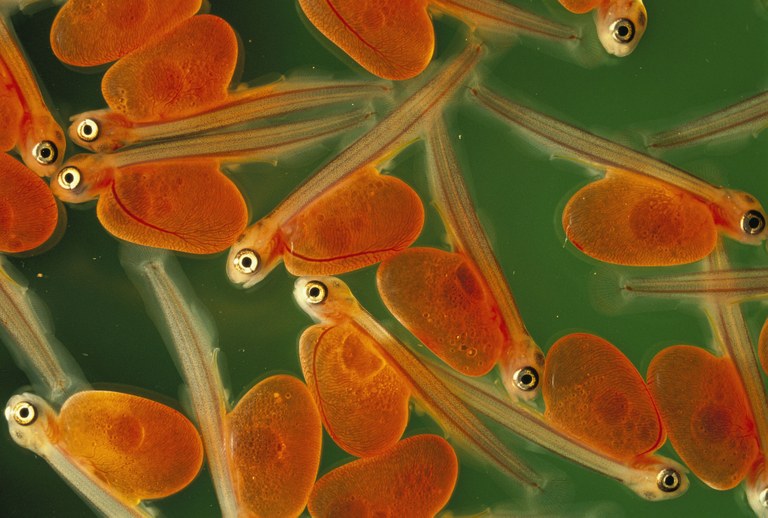 Fish of the family Salmonidae collectively referred to as “salmon” lend themselves to aquaculture because, unlike many fish, they hatch out of a large nutrient rich egg. Salmon juveniles can live off this egg sac for a number of days and then transition directly onto industrially produced feed pellets.
This obviates the need for live larval feeding, something necessary for other finfish species.
Salmon farming was first pioneered in Norway and Scotland in the 1960s and 70s. Selective breeding was introduced shortly thereafter allowing farmers to double growth rates in a little more than a decade. Salmo salar, the only one endemic to the Atlantic ocean, is the species that dominates world markets and now there are more farmed Salmo salar salmon in the world than the total wild population of all species of salmon combined, Atlantic and Pacific. Not coincidentally, salmon aquaculture arose just as wild populations of Atlantic salmon hit their nadir. Atlantic salmon are now “commercially extinct” in the wild – too rare to support commercial fisheries. 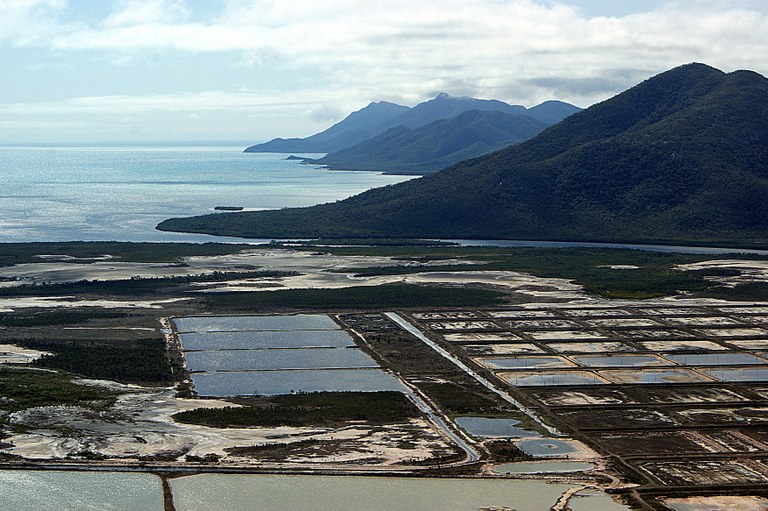 There are thousands of species within the scientific order Decapoda that are called “shrimp” or “prawns,” but only a few of them have been domesticated. For centuries, shrimp were farmed using semi-wild methods. Wild fry were collected from estuaries and then grown in ponds to maturity. In the 1940s, the Japanese scientist Motsugu Fujinaga first “closed the lifecycle” on a species of shrimp, meaning that he was able to grow a shrimp from egg to adult and then in turn produce viable offspring entirely under human control. From these early successes, shrimp farming grew to embrace other species in the 1960s, including the black tiger prawn (Penaeus monodon) and eventually the world’s most dominant shrimp, the whiteleg shrimp (Litopenaeus vannamei). Today, the great majority of shrimp grown are white leg shrimp.

After the six species of farmed carp, tilapia is seventh most commonly farmed in terms of overall tonnage. China alone produces around1.2 million metric tons of the fish, much of which is exported. There are two species of tilapia that are widely farmed — Nile (Oreochromis niloticus) and Mozambique (Oreochromis mossambicus). Both are originally native to Africa and both were farmed for thousands of years in small artisan systems. The fish started reaching the rest of the world after World War II, spreading throughout Asia. Both Israel and Norway developed high-tech tilapia breeding programs, creating much faster growing lines. Tilapia offer considerable advantages as farmed fish in that they do not require animal protein in their feed in order to grow and thrive. Their neutral flavor has also made them a preferred replacement for depleted ocean populations of fish like cod.

Freshwater catfish of the scientific order Siluriformes are fast-growing and omnivorous, making them a natural choice for aquaculture. The United States was among the first to take the lead in their production, growing large amounts of blue and channel catfish in the 1970s. But in the 1980s, Vietnam began to dominate the global catfish industry by propagating species of the family Pangasius. Called “tra,” “basa,” or “swai” on the international market place, Pangasius are a major export commodity being farmed throughout Southeast Asia. Pangasius also serve the “white fish” market, acting as a functional replacement for species like cod and pollock.

The farming of marine finfish is quite recent and still very much a work in progress. Two varieties, European sea bass (Dicentrarchus labrax) and several species of the family Sparidae (often called “sea bream”) were the prototypes around which much of today’s expanding marine aquaculture is based. Like most marine species, sea bass and sea bream require live feed at birth and the development of microscopic live feed in the form of rotiphers (phylum Rotifera) and artemia shrimp (primarily the species Artemia salina) were critical in making the sea bass and sea bream industries possible. With the lifecycles of sea bass and sea bream now closed, a whole range of other species are being considered, most notably cobia (Rachycentron canadum) and several species known collectively as seriolas. Indeed, in the next decades many more fish are likely to be domesticated, at which point key decisions will have to be made as to which fish should be cultivated and which should exclusively be the product of wild capture.

The culture of bivalves has existed for hundreds of years but as with finfish, scientists have managed to close the life cycle of these animals only recently. Unlike finfish, bivalves require no additional feed in order to grow. They subsist primarily by filtering the water of microscopic photosynthetic phytoplankton. For this reason the culture of bivalves is generally considered to be ecologically neutral if not beneficial.

Kelp and other seaweeds:

By weight, seaweeds represent 25 percent of aquacultured product, with the majority being produced in China. Like bivalves, seaweeds require no additional feed and have the potential to remove nutrients like nitrogen from the water column.