28.5 Million Dollar For Conservation in Borneo

28.5 Million Dollar For Conservation in Borneo

In his speech, Ambassador Blake delivered his sympathy over the signing of the TFCA Borneo, which is second after similar project in Sumatra. “From 15 countries around the world who partnered with TFCA, Only five states have two agreement, and Indonesia is one of them,” he explained.

Executive Director of KEHATI, M.S. Sembiring as the administrator of the program, explain the mechanism of this disbursement will be divided into several stages.”For the first stage is 40 billion rupiah. This amount will be used for conservation, restoration and sustainable use of tropical forest in four districts, i.e. Kapuas Hulu in West Borneo, West Kutai, Mahakam Ulu and Berau East Borneo,” he explained.

Programs that will be supported by TFCA are BFCP (Berau Forest Carbon Program) and HoB (Heart of Borneo). BFCP is a REDD+ pilot project using jurisdiction approach, while the HOoB is the commitment of the three countries: Brunei Darussalam, Indonesia, and Malaysia to protect and preserve the best 23 million hectares of forest plateau that still left in Borneo.

“This institution will carry out activities that include the strengthening of the management of protected areas and corridors; management of non wood forest products; organic forest honey quality improvement; ecotourism and productive economy; absorption enhancement of carbon forest in partnership; development of the forest village; development and protection of traditional rubber plantations; Orangutan conservation; the strengthening of economic community; as well as NGO institutional strengthening in natural resources management in four target districts,” said Bambang.

Scale of survival: A look at Chinese efforts to tackle the illegal pangolin trade 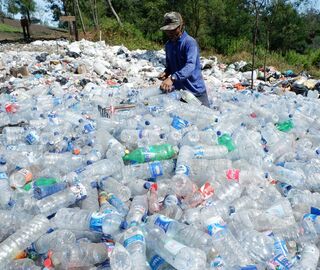