Aichi or bust: Is the world on target to protect its most threatened ecosystems?

Aichi or bust: Is the world on target to protect its most threatened ecosystems?

The 196 nations that agreed to the Aichi Biodiversity Targets have just two years to meet auspicious conservation goals. How are we doing? 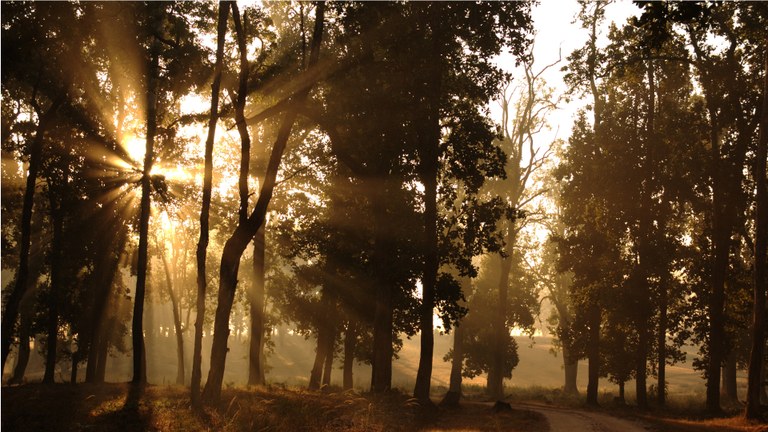 The Paris Climate Accord has gotten a lot of press lately, but did you know there’s an equally important international strategy to preserve the world’s most threatened ecosystems?

The Aichi Biodiversity Targets — named after Japan’s Aichi Prefecture — were established under the United Nations Convention on Biological Diversity and are quite possibly the best roadmap nations have for biodiversity conservation. Unfortunately, though the deadline to meet the Aichi Targets is looming, few people have ever heard of it.

That’s a shame, because Aichi’s goals are arguably just as important as the Paris Climate Accord, which set worldwide goals to limit global warming to 1.5 degrees Celsius. The Aichi targets predate Paris, going back to 2010, when 194 signatories of the Convention gathered in Nagoya, Japan, to hammer out 20 ambitious conservation goals to safeguard global biodiversity. The targets ranged from preventing the extinction of threatened species to halving the rate of forest loss.

Each nation was expected to meet all 20 of these targets by 2020, but with just two years left to go, the world is falling short. “Our assessment suggests that no country is currently on track to reach of all the Aichi Biodiversity Targets,” Convention on Biological Diversity Executive Secretary Cristiana Paşca Palmer tells The Revelator. “However, in many cases progress has been made.”

How far off are we? A 2016 report by The Nature Conservancy, WWF, The Royal Society for the Protection of Birds and BirdLife International found that only 5 percent of countries appeared to be on track to meet their global targets. Though roughly three-quarters of signatories are making progress, none are moving quickly enough to meet the 2020 deadline. And 20 percent of nations have made no progress at all — or are even moving further away. (The United States, meanwhile, is the only country in the world that hasn’t ratified the Convention on Biological Diversity, so it’s excluded from the get-go.)

Where are countries struggling and succeeding the most?

One of the first steps outlined under Aichi was for each party to update and revise its national biodiversity strategies and action plans. In these plans parties were to develop their own national targets using the Aichi Biodiversity Targets as a framework, but with some flexibility dependent upon national priorities and capacities. Ultimately, though, these plans were meant to contribute to the collective effort to reach the Aichi Biodiversity Targets. To date 151 nations — 77 percent of the convention’s now-196 parties — have submitted their plans post-Nagoya. The submission of these plans is actually an Aichi Target itself (number 17), making it the goal with the most progress made thus far.

Similarly, countries are making the most progress on targets that are procedural in nature, such as ratifying the Nagoya Protocol and submitting such action plans.

But more practical progress has also been made. Another key area of success is Target 11, which calls for conserving “at least 17 percent of terrestrial and inland water, and 10 percent of coastal and marine areas, especially areas of particular importance for biodiversity and ecosystem services.” As of June 2017, 87 parties to the Convention have achieved their terrestrial protection goals.

Work on protected areas has long been integrated into national strategies, far ahead of the official Aichi Biodiversity Targets, which understandably means more countries have moved toward this target. Still, though the target represents only a modest increase in the proportion of land protected from previous levels, it includes “a more ambitious increase for marine protected areas,” says Paşca Palmer.

Target 11 is about more than just setting aside land and water. By achieving this goal, countries will “help us achieve other targets in restoring ecosystems and contribute to the challenges that we have in addressing climate change and so on,” explained Convention on Biological Diversity Deputy Executive Secretary David Cooper when he spoke at the last Conference of the Parties in Cancun, Mexico, in late 2016 (COP-13).

Speaking at the same COP, Elizabeth Mrema, director of the UN Environment’s law division, noted that just declaring protection for land and marine areas is not enough. Though the world has already exceeded protection of 10 percent of coastal and marine areas, she emphasized that “we need to also ensure there is effective legislation and enforcement to ensure those protected areas are well-managed and conserved, and not just laws on paper.”

On the flip side, Target 20, which calls for resource mobilization — i.e. monetary contribution — toward implementing the strategic plan, is faring poorly. Fewer than 15 percent of parties have met their commitments. “The low level of progress for many countries is likely to be explained in part due to competing national resource allocation,” explained the 2016 report.

Indeed the Aichi Targets also depend on governments to frequently monitor and report their biodiversity, using surveys to estimate each nation’s total species richness. For poorer countries, allocating resources to continually measure progress is asking a lot.

However, one silver lining is that least-developed countries appear to be showing a higher level of ambition than developed countries, “and are thus demonstrating a different development pathway that better recognizes the value of nature to economic growth and prosperity,” Andrew Deutz, director of international government relations at The Nature Conservancy, said in a 2016 press release.

While it’s hard to individually name countries that are in the lead, the executive secretariat points to a few specific national projects that are making inroads.

In India, for example, the government is taking steps to encourage balanced fertilizer use to help maintain soil biodiversity, and to sustain and increase the rate of agricultural productivity by reforming fertilizer pricing to encourage the use of potassium, phosphorus and micronutrient based fertilizers while reducing the use of urea, which has more damaging effects on the environment.

Ultimately, though, 95 percent of countries are behind schedule on the Aichi Targets, and the targets won’t be met unless countries significantly ramp up their efforts.

One of the main areas of focus in the next two years will be increasing support for low-income countries to turn their ambitious goals into reality.

There’s hope that bilateral and multilateral funding mechanisms such as the Global Environmental Facility, which provides money to developing countries to meet the objectives of international environmental conventions and agreements, will make this a priority.

Meanwhile the executive secretariat of the Convention on Biological Diversity will conduct a full assessment of progress toward the targets; a final assessment will be published in the fifth edition of Global Biodiversity Outlook in 2019, the first update since 2014.

Before that the parties will meet again in November 2018 in Sharm El Sheikh, Egypt, where they’ll discuss plans for follow-up to the 2011-2020 Strategic Plan for Biodiversity.

What will follow after Aichi 2020 deadline has passed? Paşca Palmer says the status quo is not enough. “It is clear that business-as-usual approaches must be abandoned. What is needed now is transformational change… This includes a change in behavior at the levels of producers and consumers, governments and businesses that in turn will lead to tangible results on the ground.”

Paşca Palmer says that echoes the goals of the Aichi Targets. “We need to remember that biodiversity is not a hindrance, but rather a solution for sustainable economic growth and human well-being by supporting the functioning of our Earth’s life support system.”