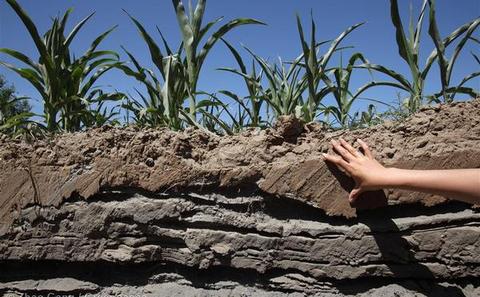 The Ministry of Environmental Protection (MEP) had previously refused requests for soil pollution data, claiming it was a “state secret” (Image by Zhao Gangdata-entity-type="file" data-entity-uuid="3aa6b5dd-1cc9-49b0-bfe5-b0b3ea60cc97" Greenpeace)

Almost one-fifth of China’s arable land is polluted to various degrees, according to a national soil quality report released on Thursday.