After two weeks of long discussions and debates, the Conference of Parties 20 (COP), the United Nations climate change summit, came to an end in Lima last week with what experts and NGOs largely agreed was a weak agreement that does not put enough pressure on countries to tackle the effects of global warming.

In an interview with the Herald, Vicente Barros, one of the Argentine members of the Intergovernmental Panel on Climate Change (IPCC), the UN’s scientific advisory body on climate change, anticipated the next COP in Paris will produce another weak agreement. He also criticized Argentina’s climate change policies.

How would you rate Latin America’s work in tackling climate change?

It's a very heterogenous region and not every country is working with the same intensity. Chile is doing a good job as is Brazil. Peru started taking measures because it was a host of the COP. There are also some interesting initiatives in Central America such as in Guatemala, which passed a Climate Change Law.

And what about Argentina?

The government should first study the subject because it has not even done that yet. We need commitment from every sector. The country is already seeing more floods, heat waves and storms but there are no serious policies on the issue. The same is true of renewable energy resources. We are one of the few countries in the world that has plenty of space to plant trees to reduce our carbon footprint.

But how can that be done when the Forest Law isn’t being respected and illegal clearings continue?

Some steps forward have been taken but it’s true the Forest Law isn’t being fulfilled yet. The government is getting ready to release a climate change study that will include how many emissions the country is releasing and will show how clearings in Chaco are one of the main reasons for the increase in emissions.

The IPCC recently released its fifth assessment on climate change. What were the conclusions regarding the effects in Argentina?

Global warming has moved forward at a slower pace in Argentina compared to the global average. We've seen a 0.5ºC increase in most of the country, except for Patagonia, which rose 1ºC. Intense rainfall has become more common — as have heat waves. At the same time, there are more droughts in Western provinces, affecting agriculture and cattle.

What could happen over the upcoming years?

Temperature will continue rising, especially in the provinces near the Andes. Heat waves will become more frequent and there's not much certainty regarding rainfall. If countries continue on the same path and don't reduce their emissions, temperatures could rise between six and seven degrees by the end of the century. Let's hope we can avoid that scenario.

What are your conclusions after the COP20?

It was a difficult negotiation and countries weren’t able to reach an agreement on many issues such as the commitment of developed countries to fund the adaptation for developing countries. The commitments countries are willing to make aren’t enough to prevent an increase in global temperatures of more than two degrees Celsius. To achieve that goal 70 percent of the emissions would have to be cut by 2050.

Will countries continue negotiating before the next COP in Paris?

There’s going to be a continuous negotiation. An agreement will be reached in Paris but it won't be as good as we need. Everybody agrees the temperature can’t increase more than 2ºC but to achieve that goal, concrete measures must be taken.

Developing countries pointed the finger at developed countries for their responsibility to tackle global warming. Are they right to do that?

It’s difficult to move forward with concrete measures just by criticizing developed countries. They should be offering solutions. The level of emissions of emerging economies are actually almost the same as developed countries since their economies are growing at a higher pace. Poverty is reduced thanks to that growth and people get a better life but the planet can't see what's fair and what isn't. 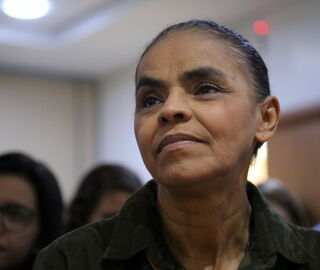