As sea levels rise in the Bay of Bengal, the Munda people struggle to hold on to their rituals

As sea levels rise in the Bay of Bengal, the Munda people struggle to hold on to their rituals

“Each cultivator sacrifices a fowl, and after some mysterious rites, a wing is stripped off and inserted into the cleft of a bamboo and stuck up in the rice field and dung heap. If this is omitted, it is supposed that the rice will not come to maturity.”

This description of Kadleta or Batauli - a major festival among the Munda indigenous group – was taken from the 1901 Census of India. The ritual was usually performed at the start of the rainy season. 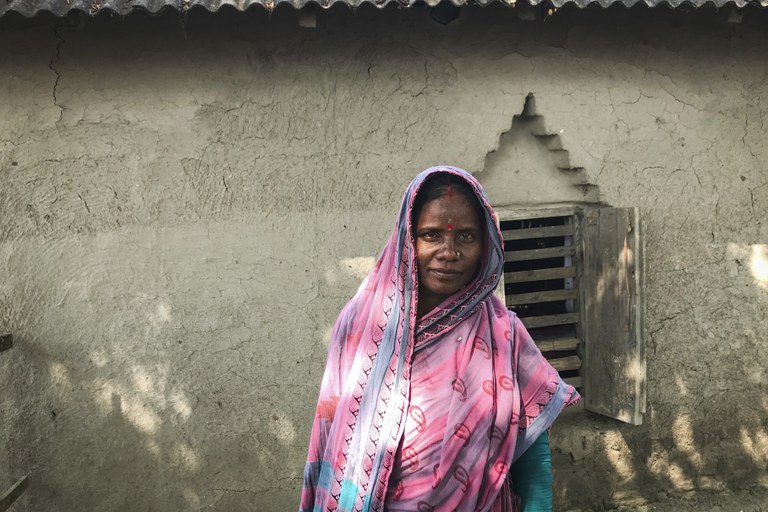 A Munda woman in her village / Credit: Abu Siddique

Known as bunos or jungle clearers, according to Banglapedia, the national encyclopedia of Bangladesh, the Munda people are said to have come to Bangladesh about 200 years ago from Ranchi and Chota Nagpur, in India's Bihar State, to help reclaim land for agriculture and dig lakes and ponds for landlords known as Zaminders.

Their current population in Bangladesh is around 143,000, accoridng to data from the Joshua Project, a non-profit focused on maintaining ethnological data. Most of them live in the coastal districts of Khulna and Satkhira, as well as the northern districts of Noagaon and Joypurhat.

Although the Munda are one of the largest indigenous groups in India and comprise most of the population in the Jharkand region, their descendants in Bangladesh are one of that country's most marginalized ethnic communities. And while the Munda's rituals and festivities have remained integral to the lives of the agrarian communities in Bangladesh's coastal districts, changes in land-use patterns due to increased salinity and sea-level rise have led to a sharp decline of such traditions.

“When we cultivated rice, we had celebrations and festivities to appease the deities," said 76-year-old Birenchi Munda, a resident of Tepakhali Village in Satkhira’s Koyra sub-district. "Now we have no land for rice and so these worships are losing their importance.”

According to Banglapedia, the Munda festivals correspond to various seasons and are based around crop cultivation.

Among them are Sarhul or Sarjun-Baba, the spring festival in March and April; Kadleta in June and July; Nana or Jom-Nana, the festival of new rice in October-November; and Kharia Puja or Magh Parab, the festival of harvesting the winter rice. 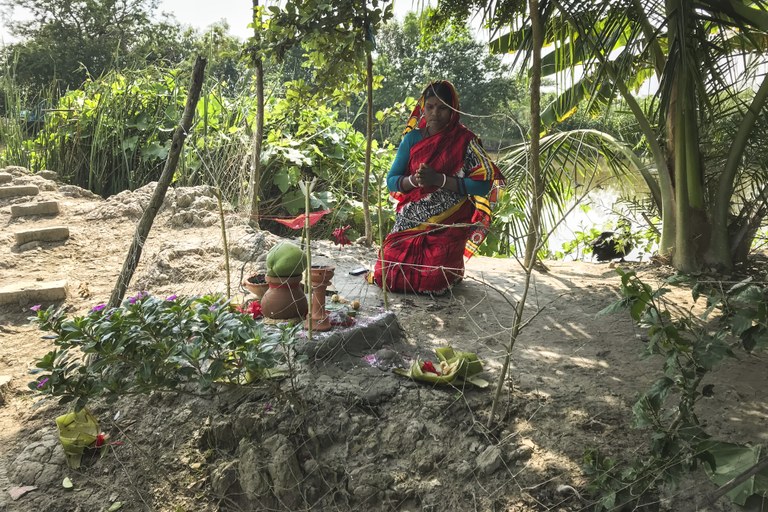 “Most of our festivals or worship are closely interwoven with agriculture," said Nilkanto Munda, a man in his 60s also living in Tepakhali. "In most cases, they are to ensure a good harvest. But now most of us are in no way related to agriculture. So these rituals make little sense.

“Some of us are still trying to hold on to some of the traditions of our fore fathers," he added. "But I fear the next generation will not continue, as they are already disconnected from our traditional profession."

According to a soil salinity report produced by the Bangladesh Soil Resources Development Institute, salt-affected areas in Bangladesh increased by 223,000 hectares between 1973 and 2009.

Of that amount, 35,440 hectares were affected in the last nine years of the report’s coverage.

About half of the coastal lands face different degrees of inundation, thus limiting their effective use. The situation is expected to worsen further due to the adverse effects of climate change, according to the report.

The study also said that the level of salinity in 79,000 hectares of affected land in the Khulna district was identified as S3 – meaning the salinity ranged from 8.1 deciSiemens per metre (dS/M) to 16dS/M. The more salinity in the soil, the harder it is to grow crops.

In 1973, some 8.33 lakh hectares of land in 19 coastal districts were affected by salinity, the study said. Now that figure stands at 10.2 lakh hectares.

The increase in soil salinity has had a major impact on the cultivation of rice, Bangladesh's main crop.

According to the Bangladesh Bureau of Statistics, rice production has been on the decline along the southwest coast. Boro paddy cultivation in Khulna district, for example, went from 209,550 acres in 2000-2001 to 121,130 acres by 2014-2015, according to data from the Bureau. The same trend held for two other rice cultivation seasons, Aman and Aush.

The ongoing adverse situation was highlighted by the Intergovernmental Panel on Climate Change (IPCC) in its fifth assessment report.

“Bangladesh is identified as being at specific risk from climate change due to its exposure to sea-level rise and extreme events like salinity intrusion, drought, erratic rainfall and tidal surge, which will hamper the country’s food as well as livelihood security and public health," the report said.

To cope with the current challenges, locals, including the Munda people, are adopting alternative livelihoods, such as shrimp cultivation, fish and crab farming or goat rearing.

Many people have turned to working as seasonal migrant labor, said Marina Juthi, a local development worker engaged with Initiative for Right View (IRV), a non-profit focused on social and economic justice, biodiversity and climate change.

But many of these new livelihood options are not labor intensive, creating large-scale unemployment. 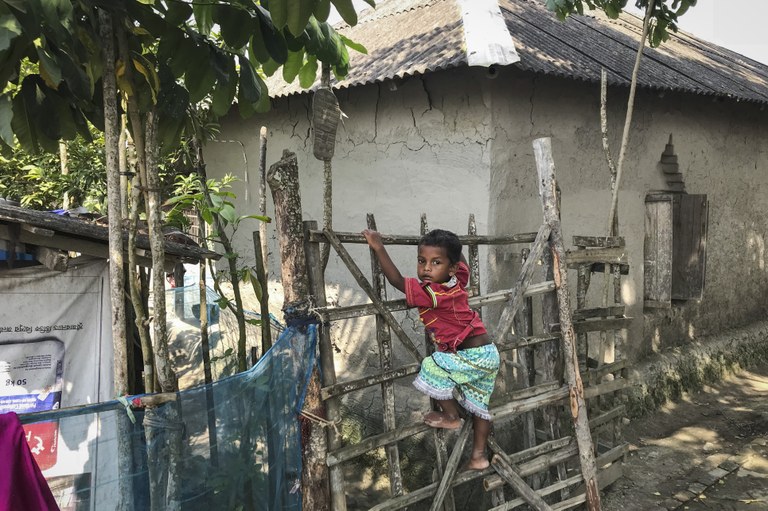 A Munda boys plays on a fence in Tepakhali Village in September / Credit: Abu Siddique

The Bangladesh Rice Research Institute and the Bangladesh Institute of Nuclear Agriculture have introduced more than 10 saline-tolerant rice varieties across the coast to try and aid farmers. But they haven't gained much traction, in part because these rice varieties are new and in part because they are only capable of growing in soil with a salinity level less than 8dS/meter.

And so much of the Munda community remains vulenerable in the face of cliamte change of poverty. And in such cases, rituals are often the first thing to go, said Juthi.

“When securing three meals a day is difficult," she said, "holding on to traditions that no longer makes sense is a distant dream for them.”

This story was produced under the Earth Journalism Network’s Bay of Bengal Story Grant, a three-year initiative supported by the Climate Justice Resilience Fund.