Bangladesh has signed the Glasgow Leaders' Declaration on Forests and Land Use, where the country pledged to end or reduce deforestation by 2030.

"We have signed the declaration on forests and land use, and our name has been updated on the list," Mohammad Moniruzzaman, additional secretary to the Ministry of Environment, Forest & Climate Change, told a coordination meeting with the delegates at the Bangladesh pavilion in Glasgow on Friday evening.

Over 100 countries, representing 85% of the world's forests, made a commitment to end deforestation by 2030 at the ongoing United Nations Climate Conference in Glasgow on 2 November. Bangladesh stayed away from the deforestation deal signed at the COP26 summit arguing that the country's constitution already provides clear and specific guidelines on the preservation of forests, several delegates said.

In the wake of widespread criticism at home, the country later decided to add its voice to the international deforestation chorus.

The Glasgow deforestation pledge is not a new one. The same pledge was made at in 2014 and was then called the New York Declaration on Forests (NYDF). The NYDF was endorsed by over 200 countries, subnational governments, companies, indigenous groups, and NGOs to cut deforestation by 50% by 2020 and end it by 2030. The commitment is yet to be implemented. Meanwhile, deforestation has increased, contributing an estimated 23% to total carbon emissions now.

This Glasgow declaration came following the failure of the NYDF. Some climate and forest advocates said they are sceptical about how Bangladesh will implement its promise to end deforestation as the country is setting up a coal power plant near the mangrove forest, the Sundarbans, and making railway lines through a wildlife sanctuary.

When asked about the impacts of the Glasgow declaration, Mohammad Amir Hossain Chowdhury,  Chief Conservator of Forests, told The Business Standard "Bangladesh has to think very carefully on environmental impact before starting any project. Moreover,  Bangladesh has to increase forest land along with ending deforestation along with others in the global community."

According to a declaration made at the ongoing UN climate summit COP26, the countries that have signed up have promised to work collectively to halt and reverse forest loss and land degradation by 2030 while delivering sustainable development and promoting inclusive rural transformation.

In the declaration the countries also agreed to work on six issues, including forest conservation, facilitating policies to promote sustainable development, building and enhancing rural livelihoods and implementing agricultural policies. Over $19 billion in public and private funds have been pledged at the Glasgow conference to fulfil the target of ending deforestation by 2030.

This story was originally published by The Business Standard on November 7, 2021. It produced as part of the 2021 Climate Change Media Partnership, a journalism fellowship organized by Internews' Earth Journalism Network and the Stanley Center for Peace and Security. 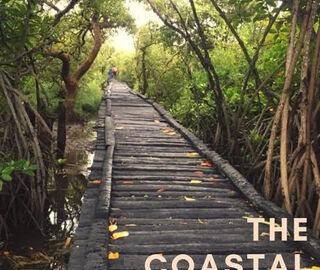 Chidambaram, India
Walk the Talk: A journey to the mangrove forests of Pichavaram 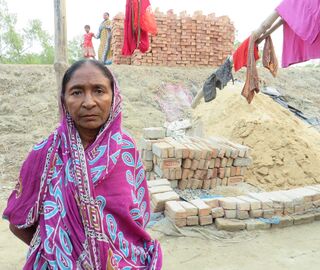 Indian Sundarbans
A battle for survival in the Sundarbans