Between climate change and the journalist

Between climate change and the journalist

Scientists are increasingly confident that we are already seeing the impact of climate change. That means journalists have a real opportunity to tell local, personal stories about climate change that are both scientifically accurate and relevant to people’s daily lives. – Dr. Heather Goldstone, Boston, USA.

It is increasingly becoming common to see journalists who ordinarily would never delve into environmental reporting – because it is neither their university degree nor primary assignment – suddenly take interest in environmental reporting and drag themselves through the jargon-filled maze to become specialised environmental reporters. Zeynab Wandati of NTV, Kenya and Kofi Adu Domfeh of Luv FM, Ghana are just two of such reporters. They aver that they were never assigned to the beat but, as Kofi put it, “somehow I developed an interest in the area, and before I realised it I was overwhelmed and became so passionate that it is now like a romance­.” 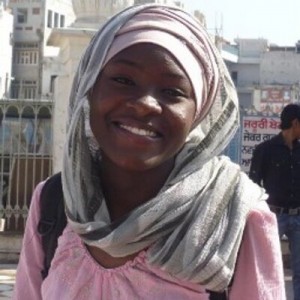 If Carl Jung, the Swiss psychiatrist who founded the analytical school of psychology, were alive today, he would simply describe this emerging phenomenon as the workings of the Collective Unconscious. The collective unconscious, which is proposed to be part of the unconscious mind, expressed in humanity and all life forms with nervous systems, is used to describe how the structure of the psyche autonomously organises experience. Distinct from the personal unconscious – a personal reservoir of experience unique to each individual – the collective unconscious collects and organises those personal experiences in a similar way with each member of a particular species. So, as Jung would explain, journalists are unconsciously reacting to the urgent needs of Earth in distress.

It is obvious that African journalists who are responding to this call are actually reacting to the manifest reality that developing countries will bear the brunt of the effects of climate change even as they strive to overcome poverty and advance economic growth. According to the United Nations Development Program, 2007 report, “Climate change is estimated to cause over 145 million deaths in Sub-Saharan Africa, as manifested by extreme famine, flooding, drought, erosion, biodiversity loss and conflicts arising from competition for scarce resources in the next 25 years.”

Ironically, across the continent, strategies, policies and action plans needed to defeat the challenges posed by climate change continue to face unnecessary setbacks at country, regional and global levels. And this is partly due to limited understanding of the issues at hand, poor designs of potential solutions, uncoordinated and systemic failures in implementations of plans by poorly equipped institutions charged to address climate change issues.

But at the core of the problems is the fact that compared to other societal issues such as politics, the subject has not received the necessary attention from the mainstream media, whose duty it is to simplify, demystify and communicate this seemingly arcane field to the masses, while ensuring the issues are accorded front burner attention. Therefore, every journalist has a moral and professional obligation to report issues that pertain to climate change. This does not necessarily entail the media man becoming an environmental journalist.

In fact, climate change is so important that there are strong opinions in some quarters that it should be divorced from the environment, and given its own pedestal with intersectoral and crosscutting status. David Roberts of Grist, recently argued that classifying climate change in the environmental reporting genre does not fit.

He wrote, “Climate change is about rapidly accelerating changes in the substrate of modern civilization, the weather patterns and sea levels that have held relatively steady throughout all advanced human development. By its nature, it affects everything that rests on that substrate: agriculture, land use, transportation, energy, politics, behavior … everything. Climate change is not “a story,” but a background condition for all future stories. The idea that it should or could be adequately covered by a subset of “environmental journalists” was always an insane fiction. It is especially insane given the declining numbers who identify themselves as such.

“We need to disentangle the fate of environmental journalism from media coverage of climate change. The two need not be connected. The pressing, nay existential imperative to divert from the status quo and radically reduce greenhouse gas emissions is necessarily enmeshed in all major human decisions. And so journalists who cover those decisions, whatever their “beat,” need to understand how climate change, as a background condition, informs or shapes the decisions. In journalism, as in other fields, climate needs to be freed from the “environmental” straightjacket.”

Nevertheless, for the African, it would serve empirical purposes to classify climate change with environment, because considering how both are currently intermingled with developmental issues in the continent; the journalist has a lot of consequential story to tell. Someone has to tell the public that most of the conflicts flaring up in Western, Eastern and Central Africa, are environment and climate change related. Someone has to educate the woman in the village what COP 20 means and how her future depends on the decisions that come out from that complicated confab. Someone has to tell the farmers how important the Met Office is to their planting seasons these days. Someone has to sex up the environmental stories in such a way to attract the attention of the editor-in-chief so as to make it a front page story.

But most importantly, the journalists writing on these all-important concerns need to have their capacity raised; trained and networked well enough to understand what the issues are, and how to effectively bridge the yawning communication gap in this emerging global concern.

Zeynab and Kofi mentioned in the opening paragraph are finalists in the second edition of the African Climate Change and Environmental Reporting Awards which was announced during the World Environment Day on 5th June, 2014, in Nairobi. The ACCER awards is organised by the Pan African Climate Justice Alliance, a continental coalition of civil society organisations on a mission to develop and promote pro-poor development and equity based positions relevant for Africa in the international climate change dialogue and related processes; in conjunction with partners like the United Nations Environmental Programme, Oxfam, etc.

According to PACJA’s Secretary General, Mithika Mwenda, “The award is our strategy to promote innovative ways to position climate change and other environmental issues at the centre-stage of socio-economic and political debates; and there is need to incentivise and interest African journalists and media houses to be champions of climate change. The ACCER Awards seeks to encourage constructive environmental focus in the African media, both at policy and policy implementation level and at the level of public awareness and participation in environmental protection and preservation”.

This year, PACJA took a further strategic step by starting The ACCER Awards Finalists Academy. TAAFA seeks to upgrade the understanding of the average journalist to the climate change discourse in a participatory and innovative ambience; tackling the numerous challenges encountered in covering climate change issues, and setting out structured frameworks for mainstreaming African media participation in global engagements.

In Nigeria, media organisations like the Nigerian Network of Climate Communicators (NNCC) that is led by Michael Simire, Network of Environmental Journalists in Nigeria (NEJIN), Nigeria Association of Science Journalists (NASJ) lead the way in this regard. Nonetheless, there is need for environment-related Ministries, Departments and Agencies to carry journalists along in their activities. For now this is the only way to increase their capacity, expose them to global trends, and incentivise them to not only maintain professional savvy, but to ‘keep at the beat’ in the midst of other alluring sectors like politics. On the part of the journalist, there is need to continue updating knowledge via personal research and also actively seek to simplify the climate change message for the public, and for the editor whose task it is to decide the fate of the story.

Madrid, Spain
Fresh plan to roll out ‘green’ classrooms in every school