Countries around the world are gathering in Brazil in order to redefine and strategize sustainable growth for the planet at the Rio+20 Summit. While expectations of a global consensus are low, Bhutan expects its happiness message to set a new tone.

Bhutan is calling on world leaders to “come prepared” for the Rio+20 Summit in Brazil which could serve as a salvation summit for the world that is on the brink of self-annihilation if concrete global consensuses are reached.

In an exclusive with Business Bhutan, Prime Minister Jigmi Y. Thinley gave his message to more than 150 world leaders who will be coming to Rio de Janeiro for the three-day summit from June 20-22.

“Come prepared to participate actively and forcefully to promote the larger interest of your countries, your people and of the human society,” the prime minister said.

Led by the prime minister, Bhutan will be coming to the Rio+20 Summit with an ambitious plan at a time when the global media has already started painting a pessimistic picture about the possible outcomes of the Summit.

Bhutan will be calling on world leaders to adopt its development philosophy of Gross National Happiness (GNH) as the next global development paradigm replacing the Bretton Woods system of measuring progress through the materialistic indicator of Gross Domestic Product (GDP).

It will be Bhutan’s way of choosing ‘The Future We Want’ – the theme chosen for the UN Summit to which all the 194 member states of the United Nations are signatory to participate.

This will not be the first time for Bhutan to call on the world to adopt GNH. Its past endeavors have received commendable response. The best endorsement was when the UN General Assembly accepted the Bhutan led resolution on happiness last year.

The Rio+20 Summit marks 20th year after the original Rio Earth Summit in 1992 which gave birth milestones like the blueprint on sustainable development famously known as the Agenda 21 which resultantly led to global conventions on climate change, biodiversity and desertification.

Bhutan on an ambitious quest

Prime Minister Jigmi Y. Thinley said Bhutan’s quest at the Summit is “extremely ambitious but timely.” He added “The world urgently needs to consider an alternative process of development and agree on a common vision of human society.”

He said there are “great expectations from the Summit” but he downplayed any overtly optimistic results. “Given the way in which negotiations have been taking place in New York on the text of the outcome document, I fear that the outcome of the Summit will fall short of anyone’s expectations.”

The UN Secretary General Ban Ki-moon urged negotiators that it was a time to make compromises and finalize the document. “It is not reasonable or practical to leave so many issues unresolved that leaders themselves will have to negotiate when they arrive at the conference,” he said.

Bhutan’s call to replace GDP with GNH as a measure of progress is well in line with principles of sustainable development but it is uncertain as to what kind of response it will attract from global leaders all of whom will be carrying their own patriotic interests to the conference.

As of now, there is too much focus to finalize the draft outcome document. The overarching priority of the Rio+20 Summit is outlined through a two-pronged strategy of the zero draft promoting a ‘green economy’and to come out with a global ‘institutional framework for sustainable development.’

Bhutan could argue that its proposal of adopting GNH as the global development paradigm would kill two birds with one stone by meeting both priorities of the zero draft but the scope of such a discussion is more than limited at best.

Bhutan definitely has better chances to make its voice heard in Rio with the UN General Assembly adopting its resolution last year. But it could become tricky for world leaders to come out with a definite answer to Bhutan’s proposal because the immediate priorities spell out different realities.

There is also a lukewarm response coming from some powerful developed economies taunting many quarters from having major expectations.

US president Barack Obama will not come to Rio and Hilary Clinton will lead the US delegation. Many environment organizations, civil society groups and the United Nations led by its Secretary General Ban Ki-moon have urged the American president to attend the Summit.  Germany’s Chancellor Angela Merkel and Britain’s Prime Minister David Cameroon have confirmed that they will also be in the absentee list.

French President Francois Hollande, who will be coming to Rio, warned last week that the Summit may fail because the attention of the world is divided on many other issues including Europe’s debt crisis and other conflicts like in Syria.

The European parliament (EP) has declared that it will not be coming to Rio+20 Summit and the reason it has cited is silly. The chairman of the EP environment committee, Matthias Groote, reasoned that it is because of the “huge increase in the estimated hotel cost(s).” The EP is the directly elected parliamentary institution of the European Union (EU) and is one of the most powerful bodies in the world.

Gearing up for the Summit

The third and final three-day preparatory meeting for the Summit concluded yesterday. It will give birth to a political outcome document of Rio+20 which the world leaders are expected to agree upon when the real Summit starts on June 20. More than 50,000 officials from the 193 participating countries and civil society organizations are expected to participate in the summit.

Lyonchen Jigmi Y. Thinley will put forward Bhutan’s stand and call for GNH to replace the GDP on June 20 at the First Plenary. On his way to Rio, the prime minister will meet the UN chief in New York and present the report of the High-Level Meeting on Wellbeing and Happiness organized by Bhutan in New York in April.

Along the sidelines of the Summit, the prime minister will also meet leaders to discuss bilateral and multilateral issues where he will be pushing for Bhutan’s bid for a non-permanent seat to the UN Security Council.

Honduras
Honduras on alert against new disease that exterminates corals 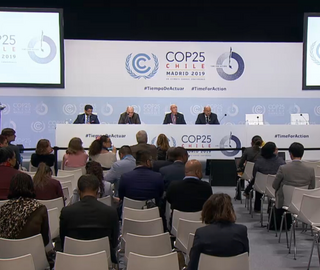