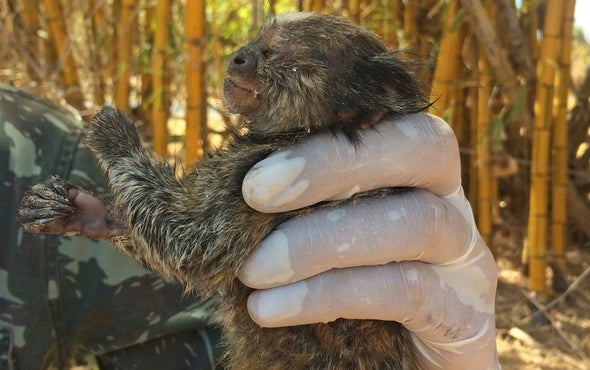 Karen Strier knew something was wrong as soon as she entered the patch of Brazil’s Atlantic Forest in the southeastern state of Minas Gerais where she has been studying primates for 35 years. Instead of the usual deafening roar of howler monkeys, some of the most common monkeys in the region, there was an “eerie silence, like when something is wrong,” says the University of Wisconsin–Madison anthropologist. “It was stunning.” The animals had been silenced by the yellow fever virus, which had wiped out most of the local population of 500 howler monkeys.

Since Strier’s visit in 2017 yellow fever has spread amongst monkeys and humans from the Amazon, where it is endemic, to southeastern Brazil, becoming the biggest outbreak of the disease in 80 years. Although epidemiologists consider efforts to vaccinate the human population a success, inoculation is not currently practical for other primates. With the mortality rate reaching 90 percent in some of the 15 species of monkeys affected (including howler monkeys), the outbreak piles on top of the other threats such as habitat loss and poaching. It also raises concerns about long-term impacts on the ecology of the fragile Atlantic Forest, where only 12.4 percent of the original canopy remains—a deforestation process that has been ongoing since the first Portuguese explorers arrived at the beginning of the 16th century. “Once yellow fever reaches a forest, there’s nothing we can do to detain it. When that happens, we can simply watch how it spreads,” says biologist Sérgio Lucena Mendes, a professor at the Federal University of Espírito Santo and director of the National Atlantic Forest Research Institute who is working on measures to control the outbreak and save the monkeys.

****Please click though to the Scientific American website where you will be able to read the rest of this great story!***