Brazilian surfer was honored at the UN Ocean Conference in Lisbon. She holds the record for the biggest wave ever surfed by a woman.

"For you guys who don't know Maya Gabeira, she is a...lunatic".

This was how, with humor, the Brazilian surfer was presented to the public at the UN Ocean Conference in Lisbon, on Monday June 27. This is because the athlete is known for catching giant waves, like the one surfed in Nazaré, Portugal in 2021, an impressive 22.4 meters, a number that gave her a new world record.

At the UN event, Maya Gabeira was appointed UNESCO global ambassador for the conservation of the seas. The title of ocean and youth ambassador was given by the Director-General of UNESCO, Audrey Azoulay.

In an interview with G1, the athlete recalled that her record occurred after recovering from a serious accident that she suffered on the same beach in 2013, that left her paralyzed for four years. For her, the same recovery can occur in the conservation of the seas.

"I draw inspiration [for ocean conservation] because I understood the power of the sea. I had to be very resilient to overcome all that, and I think the sea is very resilient. If we give it a chance to recover, we see what happens in five, 10 years in protected areas. We can make a very big transformation", said the surfer.

The surfer said she was honored by the nomination granted by the UN agency. "I'm still trying to process. The work is going to be long, but I'm super excited. For me, surfing is the part of my work that I like the most, but there is this very important part that is talking about the oceans and trying to contribute to solve the problem that we have", she explained.

According to Gabeira, the effects of human action and climate change on the ocean can already be felt on the skin by people who spend much of their lives in the water.

"We have pollution, illegal fishing, habitat destruction, and these are issues that are very close to me because I live in this environment. And it is an environment that is suffering. We already feel the lack of life in the sea, this is something that I also see, it is part of my daily life. It will be gratifying to be able to collaborate in some way", she said.

"The sea is already in a state of asking for help", she said.

The surfer's idea is to take advantage of her community on social networks and her visibility as an athlete to publicize important issues for the conservation of the sea.

"I really hope to be able to deliver work to match this title. Just having this title I've already won in life," she joked.

"I hope I can be a strong voice and be an example of the transformations I have made in my life and be able to inspire others to do the same," she said.

This story was produced as part of the 2022 UN Ocean Conference Fellowship organized by Internews’ Earth Journalism Network with support from the Calouste Gulbenkian Foundation (UK Branch). It was originally published in Portuguese by G1 on June 29, 2022. It has been translated to English and lightly edited for length and clarity. 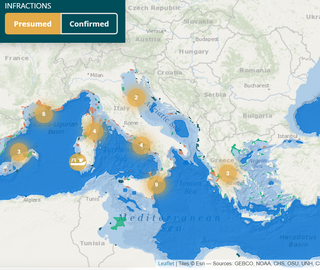 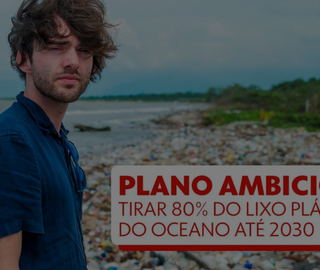