The current lack of high seas governance, together with invisibility in political debate, is resulting in mismanagement of resources, lost revenue and global inequity, the Commission reported, and valuable high seas services such as carbon sequestration, worth between US$74 and US$222 billion annually, are in jeopardy, says Global Ocean Commission.

The health of the global ocean is in decline and an integrated rescue package needs to be applied urgently over the next five years, suggest the findings of Global Ocean Commission, an independent body made up of former Heads of State, Government, ministers and prominent business leaders.

“The Ocean provides 50% of our oxygen and fixes 25% of global carbon emissions. Our food chain begins in that 70% of the planet,” said Jose Maria Figueres, Co-chair of the Commission and former President of Costa Rica.

Citing that a healthy ocean is key to our wellbeing, Jose said, “We need to reverse its degradation! Unless we turn the tide on ocean decline within five years, the international community should consider turning the high seas into an off-limits regeneration zone until its condition is restored.”

Noting that “lack of adequate governance” on the high seas is the key issue, the commission has called for the negotiation of a new Agreement under the UN Convention on the Law of the Sea (UNCLOS) to prioritise ocean health and resilience, restore ocean productivity, guard against irresponsible, inefficient and wasteful exploitation, and allow for the creation of high seas marine protected areas (MPAs). Such an agreement would extend governance to the 64% of the global ocean that lies outside national jurisdiction, the protection of which is seen as essential for overall ocean health.

While bring to the fore as a fact that “the current lack of high seas governance, together with invisibility in political debate, is resulting in mismanagement of resources, lost revenue and global inequity,” the Commission reported that “the valuable high seas services such as carbon sequestration, worth between US$74 and US$222 billion annually, are in jeopardy.”

“Without proper governance, a minority will continue to abuse the freedom of the high seas, plunder the riches that lie beneath the waves, take more than a fair share, and benefit at the expense of the rest of us, especially the poorest,” said Trevor Manuel, Co-chair of the Commission and former Minister in the Presidency of South Africa.

“It requires political will and bold leadership but the costs of inaction are clear,” Trevor added.

Report of the commission sought immediate capping and elimination of government subsidies for high seas fishing, carried out by just ten nations. “About 60% of such subsidies directly encourage unsustainable practices, and without them, high seas fisheries would not be financially viable,” it said.

“The high seas are like a failed state. Poor governance and the absence of policing and management mean valuable resources are unprotected or being squandered,” said David Miliband, Co-chair of the Commission and former Foreign Secretary of the United Kingdom, adding that “The high seas belong to us all. We know what needs to be done but we can’t do it alone. A joint mission must be our priority.”

The Commission’s proposals also call for mandatory tracking of all vessels fishing in the high seas, a ban on the transshipment of fish at sea, measures to end plastics pollution, and binding standards for the regulation and control of offshore oil and gas exploration and exploitation.

Failure to take collective responsibility for ocean health within five years should trigger consideration by the international community of designating the high seas as a regeneration zone, said the Commission adding that this would mean the prevention of industrial fishing in high seas areas with the objective of fish stock recovery where Regional Fisheries Management Organisations (RFMOs) are ineffective.

The proposals for action have so far received a strong positive response from significant players with ocean interests in the public, private and charitable sectors, including Prince Albert II of Monaco, METRO GROUP (one of the largest and most important international retailing companies), Intergovernmental Oceanographic Commission of UNESCO, Environmental Justice Foundation, Africa Progress Panel, Ocean Friendly Design Forum, Gulbenkian Foundation, Wallenius Wilhelmsen Logistics, and the International Chamber of Shipping, among others, the Commission claimed.

Appreciating the role of the Global Ocean Commission for protection of seas, Prince Albert II of Monaco said, “Preserving the environment, especially the marine environment, is no longer a matter of concern restricted to a few activists. It is now one of the key issues of the 21st Century, not only from an economic point of view, but also with regard to health and strategic aspects. As such, it deserves all our attention, all our energy and all our efforts.”

"In order to truly succeed, ocean regulations ideally need to be global, to reflect the borderless nature of the ocean itself. In addition, enforcement is key. No matter how stringent regulations are, if they cannot or are not enforced they will not have the desired impact," said Christopher J. Connor, President and CEO, Wallenius Wilhelmsen Logistics.

Praising the initiative of Global Ocean Commission, which convenes a powerful coalition focused on the critical question of the future of the world’s oceans, Chris McLaughlin, Senior Vice President, Inmarsat, said, “The ICT revolution at sea is a story largely synonymous with our own – we are well placed to offer expertise to ensure that the potential sustainability benefits brought about by this are fully realised to the benefit of citizens as well as the entire maritime cluster." 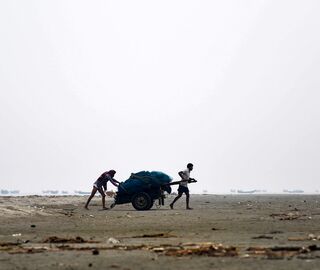 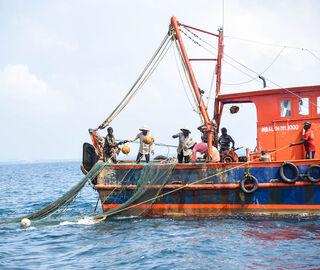 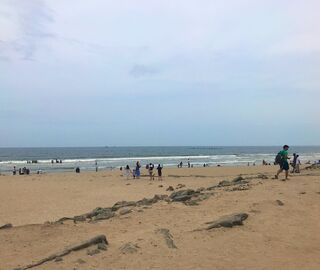 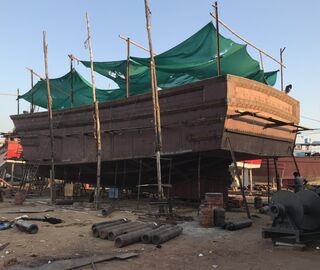