The sharp decline in the buffalo population has caused people to shift from buffalo rearing to other professions such as salt cultivation, day labour and fishing.

Buffalo herding was once the main profession for Shamsul Alam and his family. But the 50-year-old man from Moheshkhali Island in Cox's Bazar now fishes in the Bay of Bengal for a living.

"When my father died 30 years ago, we had around 100 buffaloes. I left buffalo rearing as it started incurring losses," Shamsul said. Increasing salinity has caused a huge shortage of drinking water for buffaloes and, consequently, a gradual decline in their numbers, he added.

Another herder, Nurul Alam from Kutubdia Island, had 50 buffaloes in 2000. Now he cultivates salt on land that once was the grazing ground for his cattle. By 2010, he had sold all his buffaloes as they were suffering from infertility, malnutrition and frequent illness.

"With the span of time, we found that the salinity in the fields was increasing. Then we were forced to cultivate salt and leave buffalo herding behind," Nurul said.

Read the story in Bengali here.

Increasing salinity also prompted Md Rezaul Karim of Kutubdia to turn his bathan (grazing ground), an open space where over 100 buffaloes used to roam, into a salt field.

Buffaloes are vanishing from these islands. Bathans are turning into salt fields. The key reason is increased salinity. Other reasons include diseases, cyclones, infertility, malnutrition, and shortages of grazing land.

In the 1990s, more than 8,000 native buffaloes grazed on the coastal island of Kutubdia, once a lush pasture land in southeastern Bangladesh. Two decades later, the buffalo population plummeted to just over 360. That number dropped further down to only 102 by 2020.

Buffaloes were once an integral part of the coastal economy and culture. The animals were the source of employment, protein and sacrifice during different occasions like Orosh and Eid.

In addition, treating guests to moisher doi (buffalo yoghurt) on occasions like wedding ceremonies used to be the order of the day.

The sharp decline in the buffalo population has caused people to shift from buffalo rearing to other professions such as salt cultivation, day labour and fishing. It has also wiped out the island's famous yoghurt market and hit local people hard as the decline in buffaloes led to the loss of essential sources of protein and milk, both of which had been derived mainly from these animals in coastal areas.

According to experts, increasing salinity, development activities and extreme weather conditions corroded the grazing land, making it hard for native buffaloes to survive.

But increased salinity in grazing fields, due in part to climate change-driven sea-level rise, made buffaloes sick. With few options left for earning a living from the land, herders have turned to producing salt, causing a decline in the amount of grazing land for buffaloes.

Around 90% of herders are cultivating salt on their land now, Morshed estimated.

According to the Bangladesh Small and Cottage Industries Corporation, salt cultivation in Kutubdia has increased six-fold from 1990-2020.

Referring to a survey, Prof Md Omar Faruque of the Department of Animal Breeding and Genetics of Bangladesh Agricultural University (BAU), said that Bangladesh's buffalo population fell to 3.78 lakh in 2019, which was less than half the number in 2003.

"Nowadays weather abnormalities – sea level rise, storms, severe cyclones, erosion and salinity – not only displace people but cause a great threat to buffaloes too," said Pavel Partha, an ecology and biodiversity conservation expert and coordinator at the Bangladesh Resource Centre for Indigenous Knowledge.

Abdur Rahman Rana, director of the Center for People and Environment – a research organisation working on climate change issues – observed that because of the decline, buffalo curd, milk and meat are hardly on the food list of 4.3 crore coastal people, making it difficult for them to meet their protein demand. 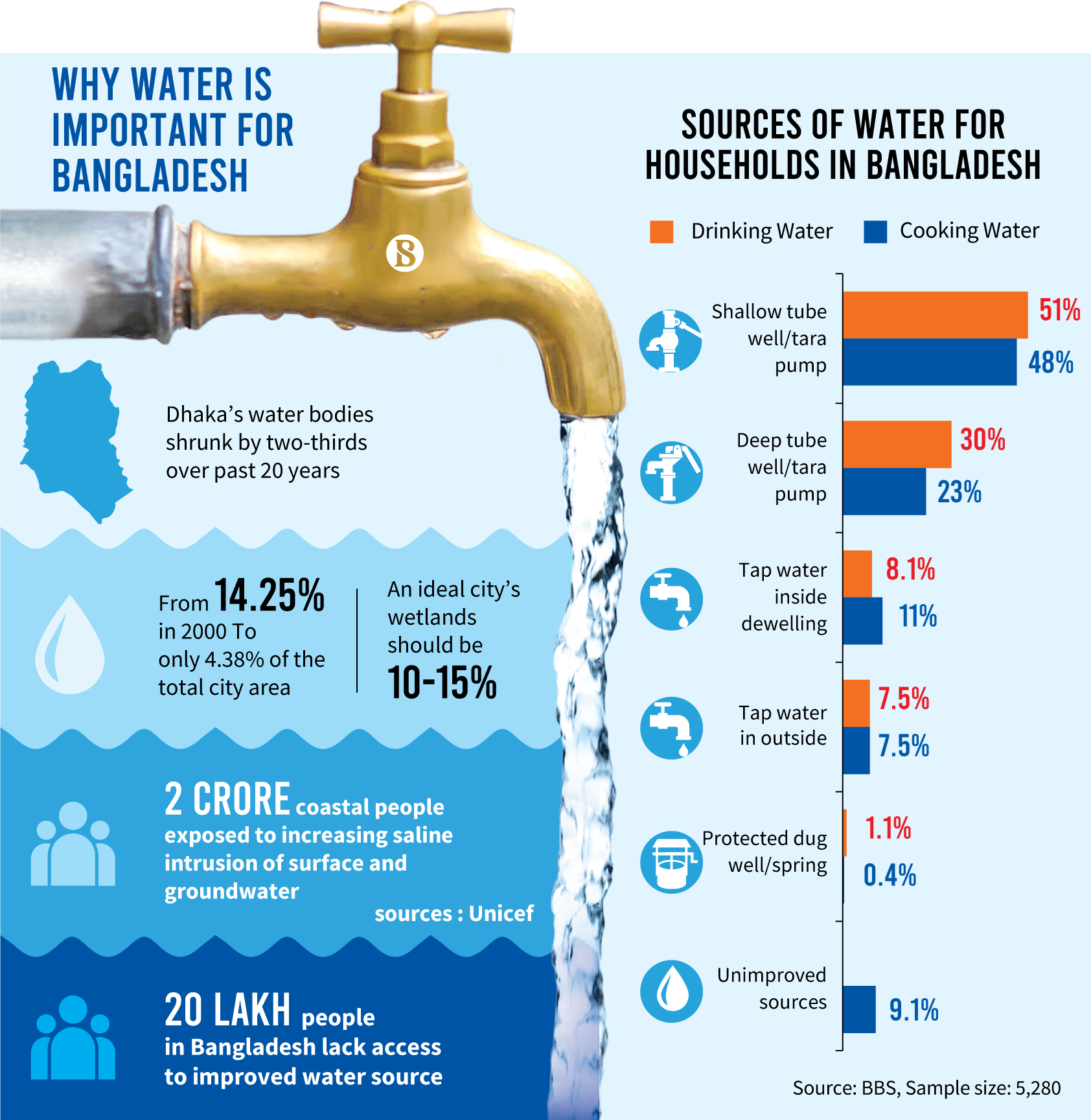 In Bangladesh, three distinct types of Asian buffalo are found: riverine, swamp and their crossbreeds.

Some 75-80% of buffaloes in Bangladesh are raised in coastal and haor areas, both of which are highly vulnerable to climate change impacts.

This correspondent spoke with at least 20 upazila livestock officers, veterinary surgeons and several farmers in the regions to determine the major reasons for the decline in the buffalo population.

Increased salinity in the water and soil is one of the main reasons for the rise in diseases in buffaloes, explained Dr. Md Fakhrul Islam, a doctor of veterinary medicine and upazila livestock officer in Hatiya.

Dr. AKM Ahsan Kabir, a researcher and professor of Animal Science at BAU, told TBS that salinity might also cause infertility in bulls, leading to the country's current breeding crisis.

In his research conducted jointly with Lal Teer Livestock in Bangladesh and Mie University of Japan, it was found that buffalo meat from areas with high levels of salinity is found to be saltier in taste.

The salinity problem is likely to worsen in the future.

The Bangladesh Soil Resources Development Institute forecasts that by 2050 salinity will increase over 55% in districts including Bagerhat, Barguna, Barishal, Bhola, Khulna, Jhalakathi, Pirojpur, and Satkhira.

Decreasing grazing land is another major threat to buffalo populations.

Experts say it is driven by the conversion of grazing land to commercial salt farms and chemical-based agriculture as well as corporate development and mega-projects, such as economic zones.

Anthrax, black quarter, haemorrhagic septicemia, and foot and mouth disease are also among the reasons meat and milk production have declined and people are moving away from herding buffaloes.

Md Alamgir Hoissain, a buffalo farmer of Bhedhuria in Bhola district said, "My three buffaloes were suffering from diarrhoea and died after drinking saline water from the river." 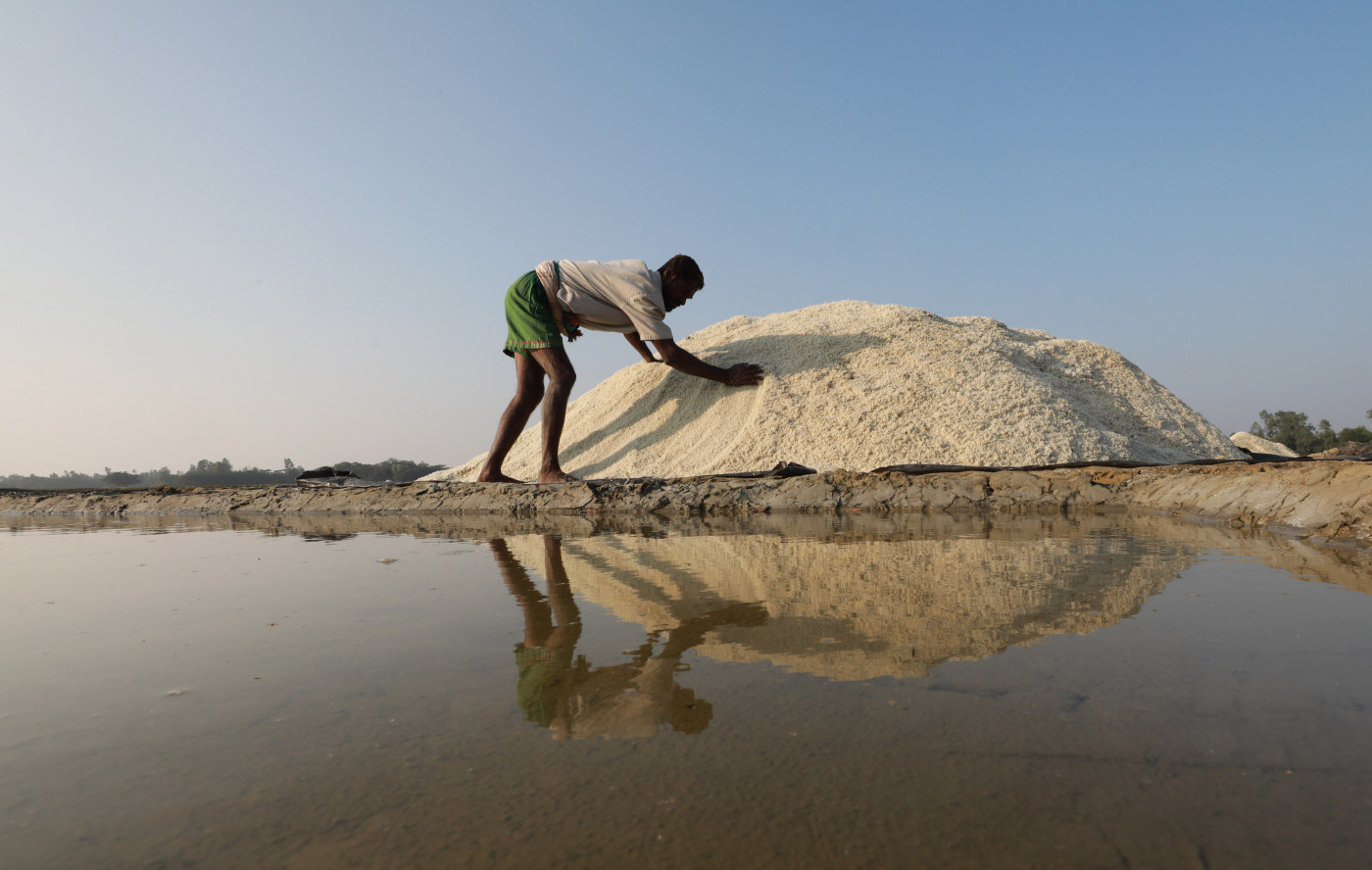 The Department of Livestock Services has tried to address the decline in the buffalo population through various schemes, including artificial insemination, setting up a lab to conduct research and helping establish new farms or improving old ones.

From 2010 to 2017 under the Buffalo Development Project 1, which cost Tk77 crore, around 20,000 doses of Italian Mediterranean buffalo semen were imported for artificial insemination.

Around 2,000 doses of semen were used in 39 upazilas where some herders were also given training on better animal husbandry practices.

"Due to a shortage of manpower, we could not use all the semen that time. We had only a 55% success," said Tokabbar Hossain, who was the director of the project.

Old Italian semen stock is being used under another project titled Buffalo Development Project 2 (at a cost of Tk162 crore) taken up in 2018 and set to be completed by November 2023.

The project aims to train around 6,000 herders in 200 upazilas and import 10 breeding bulls from India. But experts say the project will not help save the native buffaloes.

Bangladesh is spending millions on increasing the buffalo population to meet the demand for meat and milk without taking into consideration the impact of climate change on buffalo fodder and habitation, said Abdur Rahman Rana.

Professor AKM Ahsan Kabir said, "Now it is time to take into consideration a buffalo adaptation project under the changing climate conditions, especially in coastal regions."

Indigenous buffaloes are tolerant to the coastal environment and are reared in an extensive environment, the bathan, that the crossbreeds will not be able to cope with, he added.

"The alarming drop in the buffalo population in coastal Bangladesh needs to be studied urgently to determine the connection between the declining buffalo population and climate change and also to come up with solutions," said Saleemul Huq, director of the International Centre for Climate Change and Development.

Unless conservation and improvement programmes are undertaken, indigenous buffaloes will not survive, warned Md Omar Faruque. The offshore islands do not provide the required environment for the crossbreeds, he added.

"I highly recommend that conservation and improvement programmes are undertaken to save our native buffaloes from going extinct," Faruque said.

Reporting for this story was supported by a grant from the Earth Journalism Network's Bay of Bengal project.

Banner image: In the 1990s, more than 8,000 native buffalo grazed on the coastal island of Kutubdia, once a lush pastureland in southeastern Bangladesh. The picture now is very different / Credit: Mohammad Minhaj Uddin