TIGAK ISLANDS, Papua New Guinea–Pacific Islanders face some of the most dire consequences of rising seas—from flooding to disruptions on various islands, saltwater intrusion and the inevitable relocation of people from disappearing shorelines. They face similar challenges from the changing climate, yet these are exacerbated by their small size and remoteness.

In the atoll communities, such as the Tigak Islands in the New Ireland Province of Papua New Guinea (PNG), indigenous people rely on a thin aquifer of fresh water. But with king tide (an unusually high tide) and a high wave event, they usually suffer from saltwater intrusion causing loss of food and fresh water.

The Tigak people are the indigenous landowners of the land on which Kavieng Town, the capital of New Ireland Province, now sits on. Because their mainland is occupied by the state, the people now live along the coastlines and nearby islands.

There are more than 20 islands that make up the Tigak Islands of New Ireland Province in PNG. Half of these islands are inhabited by people whilst the others are uninhabited as they are too small and exposed to strong winds and rough seas. 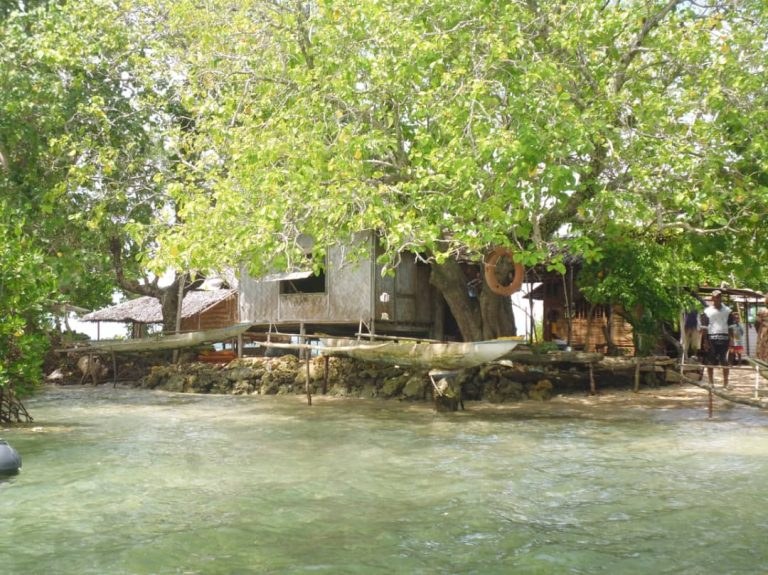 According to the United Nations Intergovernmental Panel on Climate Change, the effects of climate change in the Pacific Islands include significant temperature increases, changing rainfall patterns, greater monsoon variability, sea level rise, floods and more intense tropical cyclones. The impacts of climate change are likely to exacerbate the vulnerability of people in the region.

Many of these islands are affected by rising sea levels, with their coastlines eroding away. But the most affected island communities are Kulinus, Utukul and Upuas.

These three sparsely-populated islands lie next to each other but one needs to go through rough seas for more than two hours to get from one to the other.

The first island, Kulinus, is a very small island with just about 80 people, including men, women and children. It takes jsut 15 minutes to walk from end of Kulinus to the other.

“Our island is so small but over-populated. We love living here anyway. This is our life,” said Misiel Topen, Chairman of the Local Village Planning Committee of Kulinus. “We never thought the sea would destroy our island, but our coastlines are eroding away and the island is getting smaller.” 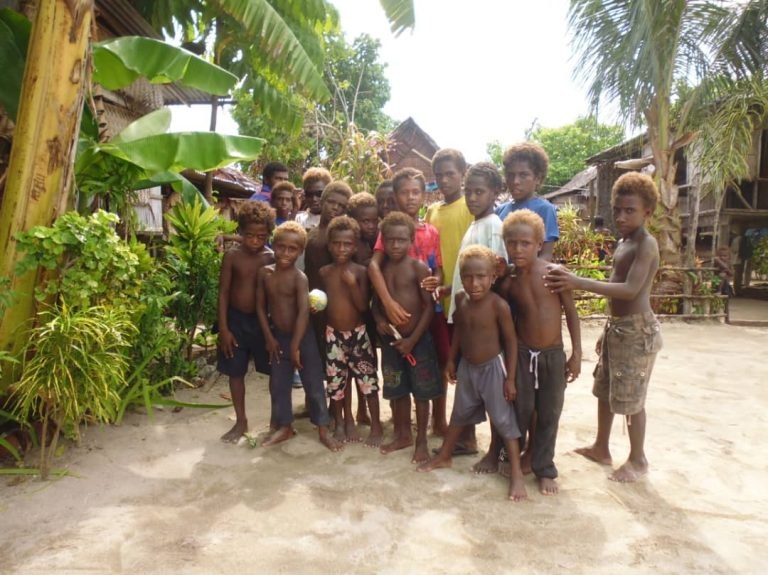 Topen said the island's children need to ride a small boat to go to the bigger island of Nusalava to attend school. They could not get to school, however, in times of bad weather.

“People from the big islands come and sell vegetables to us. We depend entirely on the sea for food and money. Before we could just stand on the beach or in the waters and fish, but this not the case anymore. We have to paddle out into the deep blue sea to fish,” he said.

Topen said people also tried to build seawalls around the island, but due to a lack of proper materials and skills to build the walls, they abandoned the idea. 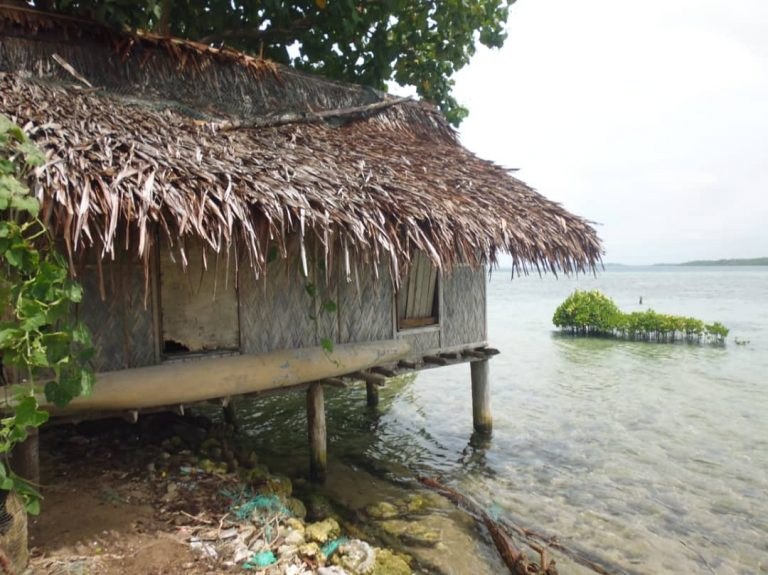 A typical house on stilts in the Pacific Islands / Credit: Roline Likas

“It would be better if the government can assist to provide us with gabion baskets for a seawall or build a proper one around the island,” he said.

Julie Thomas is from Kairuku District in the Central province of Papua New Guinea. She has lived in Kulinus Island with her husband for more than 35 years.

“Life on the island can be both easy and challenging. I have to struggle for myself. If I don’t work hard, I’ll go hungry. So I always make sure I have a canoe to go out fishing so I can have fish to eat and to sell at the market for money,” Thomas said. “People travel to the big islands to make food gardens, but today the population of pigs on the island have also increased and they’re destroying our food gardens.”

Most people on Kulinus have no plot to plow nor small garden to sow.

They depend on the sea for their survival, they say, noting that its difficult to find money and food.

When the weather is fine, island residents say they're able to catch fish to eat and sell at the market for money. But when the weather is bad, they go hungry. Canoes are vital survival tools in these islands. 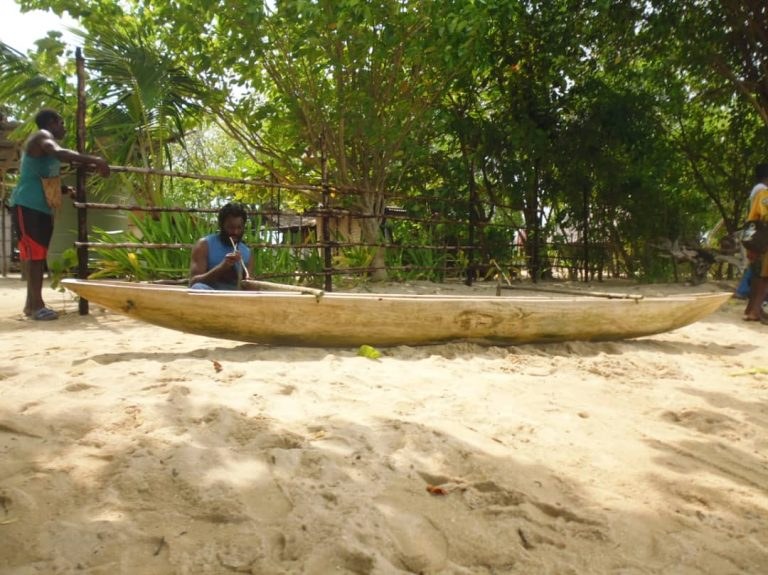 A canoe is a vital tool for survival in the islands / Credit: Roline Likas

Thomas said the education of their children suffers due to rising seas and erratic weather.

“When the stormy weather sets in, our children cannot paddle to school so some times they won’t be able to complete schooling,” she said.

People in the community said they have raised the issue with the local government several times, but no action has been taken.

“The government should look at providing a proper boat to ferry people during stormy weather and assist us to build proper seawalls around the island," Thomas said.

Solomon Demi, a youth leader from Kulinus, noted, “In community meetings, we were tasked to build a seawall, but we didn’t have the proper materials to use. We used stones and timber sourced from the nearby bigger islands,” she said. “ We also throw rubbish on the shore to help reclaim land.”

For Demi, helping islanders respond to these challenges is the government’s responsibility.

“The need to relocate to the mainland is also imminent, but we cannot move without government support," she said. "The government needs to come up with a proper relocation plan for communities affected by the rising sea level."

As with the island of Kulinus, people in the islands of Utukul and Upuas have similar stories to tell. 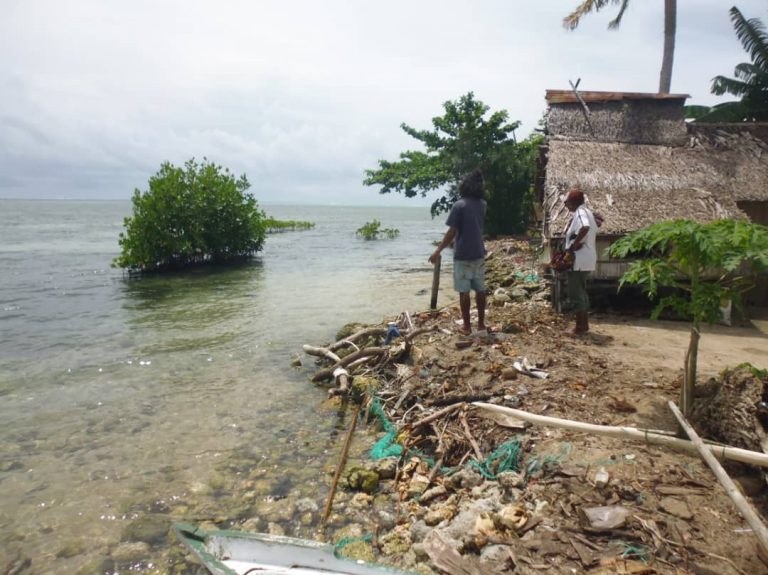 People tried to build seawalls around the island but due to a lack of proper materials and skills to build the wall, they abandoned the idea / Credit: Roline Likas

For Upuas, which is smaller than Kulinus, half of the island is gone. The old village cemetery is now under deep water. Old cement slabs that were used as foundations for houses and water tanks are also submerged.

“When the stormy weather sets in, we don’t sleep at night. We sit up all night to keep watch in case the strong winds and rough seas destroy our houses,” said Samuel Gawa, a community leader on Upuas Island. “We also find it difficult to source food during the bad weather because it’s it difficult for us to paddle across to the bigger islands to buy food. Most times, whatever little food we gather is saved for the children and we adults can live on one meal per day.”

Villagers from these three islands have taken it upon themselves to plant mangrove seedlings around their coastlines in an attempt to protect them from erosion.

Meanwhile, the Provincial Director of Environment and Climate Change within the New Ireland Provincial Administration, Gideon Bogosia, said, the effects of climate change can be costly and the provincial and national government must look at addressing it now. They must come up with policies to assist the affected communities.

At the moment, there is no provincial climate change adaptation plan in place. 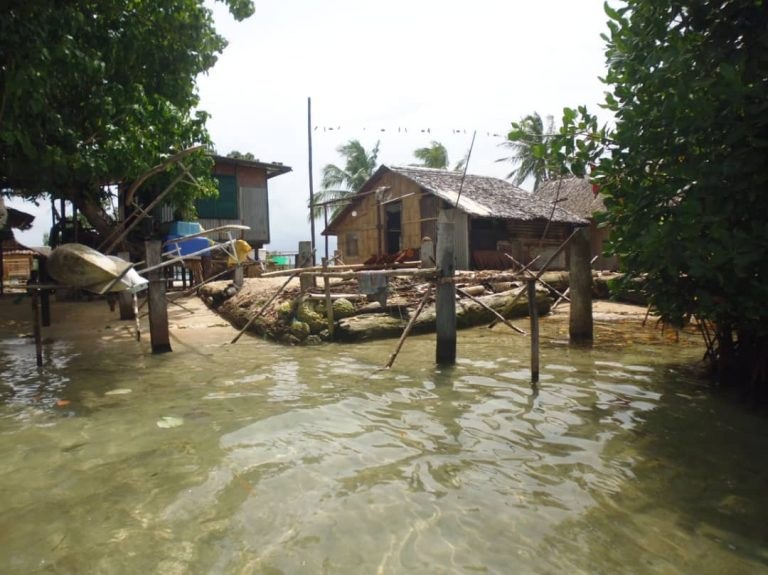 People are finding ways to protect their coastlines from the rising sea that is mercilessly eating away their island homes / Credit: Roline Likas

“Work on framing up this plan began in 2017, but it’s still in the development stages. It’s about people being resilient and being able to rise up again after being affected by climate change effects,” said Bogosia. “We have received a lot of reports throughout the province of communities being affected by coastal erosion and king tides that are destroying the coastline of the province.”

For Bogosia, the best way forward is to fast track the creation of the Provincial Climate Change Adaptation Plan, as this will help communities better coordinate with all government bodies as well as donor aid agencies in addressing the problem.

“It is a global issue, but we have to address it at home and proper planning is key,” Bogosia said. 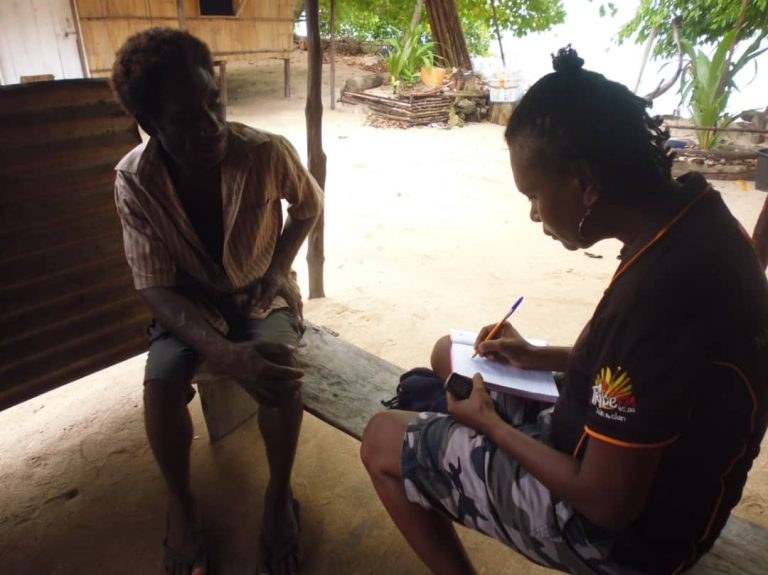 Roline Likas, a Reporter from the National Broadcasting Company of Papua New Guinea embarks on an ambitious story project to highlight the impact of rising seas in the Pacific.

This story of Roline Likas from the NBC in Papua New Guinea, is supported by a grant from Internews’ Earth Journalism Network and the Southeast Asia Press Alliance.