An earthquake is building up under the Gangetic delta, which could possibly be linked with the rapid rise in global temperatures leading to climate change, according to Kolkata-based geographer Sujib Kar.

“The relationship between temperature rise and rise in number of earthquakes is evident from two sets of data documented over a period of time,” Kar told thethirdpole.net. “If you look at the number of earthquakes of 5 or more in Richter scale from 2001 to 2015 in earthquake-prone areas, you will be able to comprehend the dynamics. This has been the period when the rise of global temperature was phenomenal.”

Global warming has been “increasing seismicity and probability of earthquake,” Kar – who teaches in Vidyasagar College, Kolkata – wrote in a paper Impact of global warming on the probable earthquake in the Bengal basin area with respect to the global scenario, which was published in the International Journal of Engineering Science Invention.

The latest identified threat is a subduction zone, where one section of earth’s crust, or a tectonic plate, is slowly thrusting under another. Instead of being under the ocean bed, this zone appears to be entirely under the land, which greatly multiplies the threat.

Kar says the total number of earthquakes of 5 or more on the Richter scale across the globe in 2001 was 157. This has increased nearly ten times in a decade and half to 1,556 in 2015, with almost all the continents showing a rising trend.

The period has also been the warmest, according to global data, with each year almost routinely breaking the maximum average temperature record being set in the preceding year. All the years between 2001 and 2015 fall within the top 16 warmest years, with 2015 being the warmest ever as per documented record, according to National Centres for Environmental Information of the US government.

Climate change and earthquake – the connection

Kar’s research says that the continuous warming is increasing the volume of sea water, which in turn is triggering imbalance among the subsurface tectonic plates; hence the rising number of earthquakes. He also says that the changing climate, which is lengthening the duration of winter – especially in parts of the northern hemisphere – is adding to the trend. Winters have become milder overall, but longer.

“Longer winter means the release of much more heat from the land compared to release from water. This is also triggering tectonic imbalance,” Kar said.

Other researchers are echoing Kar. “Across the world, as sea levels climb remorselessly, the load-related bending of the crust around the margins of the ocean basins might – in time – act to sufficiently ‘unclamp’ coastal faults,” Bill McGuire, a professor of geophysical and climate hazards at University College London, said in his book Waking the Giant: How a Changing Climate Triggers Earthquakes, Tsunamis and Volcanoes.

After a series of earthquakes in Nepal last year, Vivek Kumar Srivastava, a professor in Kanpur University, observed in an article published in web journal countercurrents.org, “It now appears that there exists a clear relationship between the global warming and earthquakes.”

Also read: In the jigsaw of Himalayan risk, climate change and earthquakes are linked

In his paper, Kar said that the trend of earthquake occurrence is influenced by three factors — movement of the sun, increasing temperature of the atmosphere through global warming and the temperature deviation at the plate margin, mainly at the spreading sites and subduction zones. A subduction zone marks the boundaries of possible collision between two of the planet’s tectonic plates that triggers earthquakes.

“In the last 200 years, a majority of the earthquakes of the northern hemisphere have occurred between the months of November and March and a majority of earthquakes of the southern hemisphere occurred between May and July,” Kar told thethirdpole.net. “Such typical nature of the quakes indicates that due to excessive variation of temperature between the crust and the mantle, some parts the plates become much more active and cause powerful divergence or subduction, which is the main cause of such sudden quakes.”

Data shows that the temperature fluctuations were often very high in many of the days when major earthquakes happened, Kar’s research shows. “Such huge fluctuations may cater to significant unequal expansion and contraction of parent rocks. Under such a situation, internal radioactive waves become extremely prominent and eventually may cause powerful earthquake,” he said. The trend has been quite prominent in case of some of the recent earthquakes in India, where in average the difference between highest and lowest temperatures on those days was around 15 degrees Celsius, the geologist pointed out.

“The various hinges prevailing under the Bengal fan and the parallel faults present over various parts of Bengal delta indicate that these zones are not a stable area in the tectonic history of the earth. The Kolkata hinge is also connected with the Dauki fault in the north-eastern part of India and that fault line is well connected with the Indo-Burma subduction zone,” Kar wrote in his research paper. “It is the probable area where the future earthquake will originate and will cause a great devastation over deltaic Bengal.”

The new study led by Steckler and published in Nature Geoscience journal has warned that Bangladesh, eastern and north-eastern parts of India and Myanmar may be sitting over a possible major earthquake – around 9 in Richter scale – as the north-eastern corner of the Indian subcontinent is actively colliding with the Asian plate.

In April, the Hindu Kush regions of Pakistan and Afghanistan experienced a number of tremors and experts pointed out that the area recorded more than 100 seismic shocks.

“The Himalayas are a great example to emphasise the relationship between climate change and earthquake,” said Kar. “The Himalayas, where a number of earthquakes were recorded, has been experiencing significant climate change since last few decades. Such changes have caused increase in temperature and have triggered shifting of glacier, snow line and tree line. The average temperature of foothill zone of Himalayan is 30 degrees Celsius, middle Himalayan is 25.6 degrees and upper Himalayas 20 degrees. In recent times the averages have been fluctuating rapidly which might have increased radioactive emulsion in the typical fault zones of the terrain and triggered spurt in earthquake frequency in recent years.” 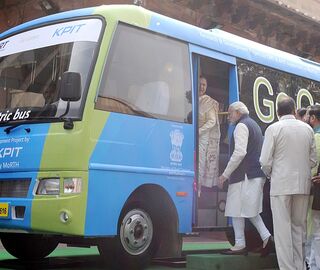 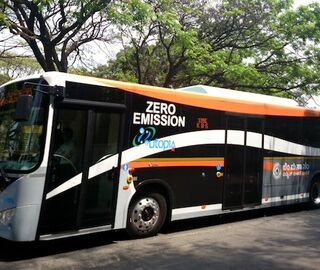 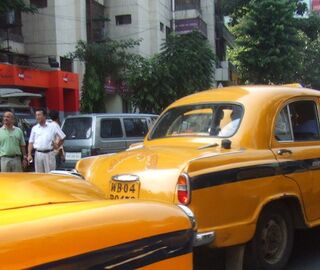